Mass extinction on the horizon: Is Universal Basic Income the answer? 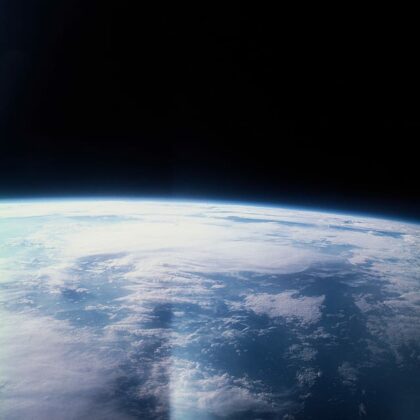 Mark Maslin and Simon Lewis, authors of the book “The Human Planet: How We Created the Anthropocene”, published an article on Apolitical, suggesting that Universal Basic Income (UBI) may be the answer to the threat of mass extinction caused by anthropogenic climate disruption (ACD).

The impact of the human race on earth is so massive that we have entered a new geological era, the Anthropocene, characterized by the changes to our ecosystem brought on by human activity. The planet has reached its limits, and can’t sustain civilization as we know it much longer: pollution, rising temperatures, reduction in biodiversity are interconnected phenomena that are in dire need to be addressed immediately.

As humans are responsible for the situation, Maslin and Lewis re-analyse human history in order to suggest possible solutions: they identify five chronologically ordered types of human society, from hunter-gatherers to consumer capitalists. Each stage relies more on energy consumption and in the diffusion of information and knowledge, which translate in rising natality and productivity.

In order for a sixth, sustainable type of society to emerge, something has to change, and renewables, coupled with new ownership models, will have a pivotal role. Innovation by itself it’s not enough, as it may lead to even greater production and consumption:

“UBI would give people the right to choose when it comes to fulfilling their own basic needs (…) With carefully designed policies that push society towards a new mode of living for a new epoch, we can do what is necessary: reduce human suffering, enable people to flourish and not destroy the life-supporting infrastructure of Earth in the process.”

6 comments Anthropocene, Climat change, Mass extinction
The views expressed in this Op-Ed piece are solely those of the author and do not necessarily represent the view of Basic Income News or BIEN. BIEN and Basic Income News do not endorse any particular policy, but Basic Income News welcomes discussion from all points of view in its Op-Ed section.