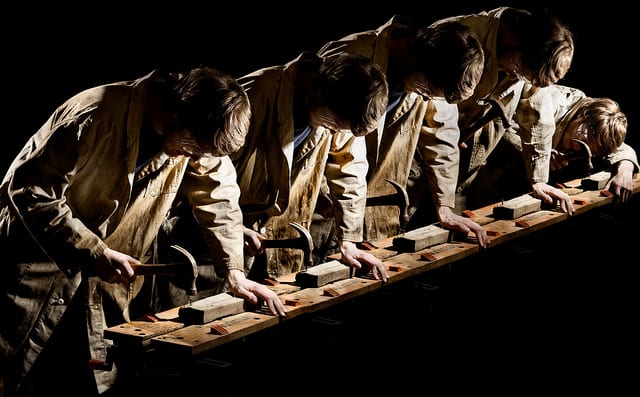 With the ILO Social Protection Floors Recommendation (No. 202) providing relevant guidelines for the discussion on the adoption on UBI, namely:

“(i) adequacy and predictability of Universal Basic Income (UBI) benefits to ensure income security, set at least at the national poverty line; (ii) social inclusion, including of persons in the informal economy; (iii) social dialogue and consultation with stakeholders; (iv) enactment of national laws regulating UBI entitlements, including indexation of benefits; (v) coherence with other social, economic and employment policies, and (vi) sustainable and equitable financing”,

the paper shows how some models of UBI can be in accordance with ILO standards, while others cannot.

The paper consists of five parts:

1) Universal Basic Income: A tool for social justice or a strategy to dismantle social security?

In the complex and variegated scenario of UBI proposals, the paper identifies two main currents, one which sees UBI as a tool for social justice which would grant social security to all, and the other, neo-liberal or right libertarian in its concoction, which seeks to substitute the welfare state with a minimalistic safety net.

The first is designed to reduce poverty and inequality, promoting individual rights and freedom, giving people the opportunity to engage in forms of work not recognized by the market (domestic work, volunteering). It would also reduce the administrative costs of existing social protection systems, and increase workers’ bargaining power providing an exit option. The second is a way to reduce the complexity of the modern welfare state and the degree of involvement it requires from governments. For UBI to be an instrument of social justice, the first current is the one to follow.

UBI impact on poverty and inequality, on growth, on work and employment, and on gender inequality varies depending on how the policy is designed, what its source of financing is, and on which level it set at. It is thus complex to generalize its effects, and even for specific contexts in which experiments have been done it would be an error to imply that local effects would be the same once replicated on a larger scale.

The positive effect attributed to UBI is that of tackling the issues of increased social and economic insecurity, growing inequalities and the existing gaps in social protection coverage. The growing debate surrounding it “reaffirms the necessity and importance to provide every member of the society with at least a minimum level of income security which is essential to the realisation of human dignity”, principles that are at the hearth of the ILO Constitution and the Recommendation No. 202. UBI would thus represent the income component of the recommended social protection floor.

Social protection floors should guarantee “effective access to essential health care and basic income security throughout the life course, to allow life in dignity.” This means that UBI can’t represent the entirety of social protection floor, as a nonmonetary component would nonetheless be required, and that UBI would need to be integrated in the institutional settings of the state.

For UBI to be a solution to inequality and poverty it needs to be set at a level sufficient to meet at least people basic needs, and needs to be financed in a sustainable and equitable way. With Recommendation No. 202 requiring social protection floors to be set at “a sufficiently high level to enable individuals to live in dignity and to ensure effective access to essential goods and services” a possible benchmark is represented by national poverty lines.

UBI proposals vary greatly in the suggested benefit levels, but given that in most of them it would supplant social assistance benefits, following the guidelines set by the aforementioned recommendation, the level should be enough to allow access to a set of necessary goods and services. Proposals built taking this into account are promising, whilst those with benefits level set below the poverty line are not able to fulfill the promises of poverty and inequality reduction.

The amount provided via UBI cannot be uniform through the populations, as it wouldn’t be able to account for those in special need, and if the amount was to be uniform UBI would be required to coexist with other forms of social security benefits safeguarding those with specific needs. UBI would thus need to be integrated in the existing systems, in order not to leave individuals worse off, the paper states.

The paper also recommends that, in order to ensure adequacy over time, attention should be given to adjustments to changes in purchasing power and overall standards of living, as to ensure the adequacy of benefits over time. For UBI to maintain its effects over time, it would need to be indexed to inflation and wages.

UBI, a cash benefit, would nonetheless need to be complemented by effective access to services (e.g.: health, education). If UBI was to be financed via the reallocation of the budget dedicated to such services, it would have detrimental effects.

Even with universalism being often presented as one of the key features of UBI, some proposals restrict its coverage in two ways: 1) depending on the age of the recipient (children wouldn’t receive benefits in some instances, whilst older persons would be subject to different rules); 2) depending on the requisite of nationality, or that of residency after a minimum duration, in order to prevent migration.

With ILO standards requiring states to provide “all members of society with adequate social protection” and with the principle of universality of protection being “at the core of the social protection floor concept, stipulating that everyone should enjoy at least a basic level of social security throughout their life course”, a UBI restricted to only nationals, or not granting sufficient benefits to meet children’s needs, would be insufficient to provide the required protection.

The paper presents two scenarios for the cost estimates of UBI:

One possible benchmark for adequacy of the benefit level supported by Recommendation No.202 is that of national poverty lines, but many UBI proposal are far below them. Even so, an UBI set at 25% of equivalent disposable income is nonetheless deemed unfeasible under the existing fiscal context. In order to provide benefit levels capable of reducing poverty and inequality, new financing sources need to be explored, among them the paper briefly explores:

A mix of the aforementioned would be needed, with an increase in tax revenues being central in order to assure progressivity to the policy. For low income countries, lobbying for aid and transfers may be a feasible method, as the estimate cost for the introduction of an UBI is just 0.68% of the global GDP, 3% of what has been spent by the G20 to rescue the financial sector in 2009.

Regressive proposals are not in line with ILO standards as they would further inequalities. Budget neutral proposals, which rely on cutting existing social benefits in order to provide a modest UBI coupled with social insurance, result in a social net loss which would exacerbate income and gender inequalities.

4) Who would benefit from UBI? Different implementation scenarios

The paper investigates three different scenarios for the implementation of an UBI, in order to find out which one could be beneficial to society to investigate winners and losers.

Only under scenario 1, which assumes the introduction of a UBI set at the level of the poverty line, the majority of the population is found to be net winner, thus reducing inequality.

Under scenario 2 a UBI is introduced in exchange for cuts in employers’ contributions to social security systems. This setting would reduce the capacity for social insurance to redistribute wealth across society. With net losers being among the lower and middle classes, and the net winners being corporations, this scenario is not in line with ILO standards.

Under scenario 3 UBI is introduced in exchange for the complete abolition of public social insurance:

“In this scenario virtually everybody is a net loser; the poorest will not receive anymore social assistance at the poverty line level; the low and middle classes, before covered by a better social protection system, now they will lose their accumulated social protection benefits. Eliminating public social insurance systems by a modest UBI, and promoting individual savings and private provision for those who can afford it, would reduce the potential for both vertical and horizontal redistribution, thereby exacerbating income inequality.”

While UBI cannot be considered as a solution to all the problems of society, it can potentially act as a useful tool for closing coverage gaps and provide basic income security.

The benefit level should be set at a level sufficient to provide income security to everybody, particularly to those without other sources of income. The benefit should avoid discrimination towards those in special needs.

UBI by itself wouldn’t be enough to provide access to basic services, and it should be coupled with policies granting universal education, health care and social services. At the same time, contributory mechanism will have to remain in place, with public social insurance continuing to provide a level of social protection.

Progressive means of financing are essential in guaranteeing equity, sustainability and that UBI satisfies ILO standards. UBI implementation will need to follow a progressive realization, by setting standards and time frames: this calls for the creation of an ad hoc legal framework and effective governance and administration.

Moreover, “systematically assessing implications for the broader policy context is essential for a UBI to positively contribute to social justice and inclusive development”. UBI cannot be a stand-alone policy, but needs to work in concert with labour market institutions, and the potential interactions that could arise call for further studies.

“The momentum gathering behind the idea of a UBI can help to spur a discussion on how to respond to existing economic and social changes in a more effective and empowering way based on social solidarity and while ensuring social justice outcomes for all.”

The paper is clear in defining Basic Income and in discussing its potential advantages, clarifying that different UBI designs would bring very different end results.

The paper also provides a comprehensive list of experiments, proposals, and pilots, and does a service by calculating the proportions of national poverty lines that their Basic Incomes represent. This is done calculating the gross cost of UBI, which however says little about its net costs.

Much attention is devoted to proposals that eliminate current benefits, a practice that, as the authors of the paper themselves suggest, is not in line with ILO standards.

Rather than investigating a particular mean of financing and its potential effects, the paper follows a more general approach, and highlights that further studies are needed in order the understand the practical implications of UBI, nonetheless being clear about its potential to be a powerful instrument for the enhancement of social security and the reduction of poverty and inequality.