The Pursuit of Accord 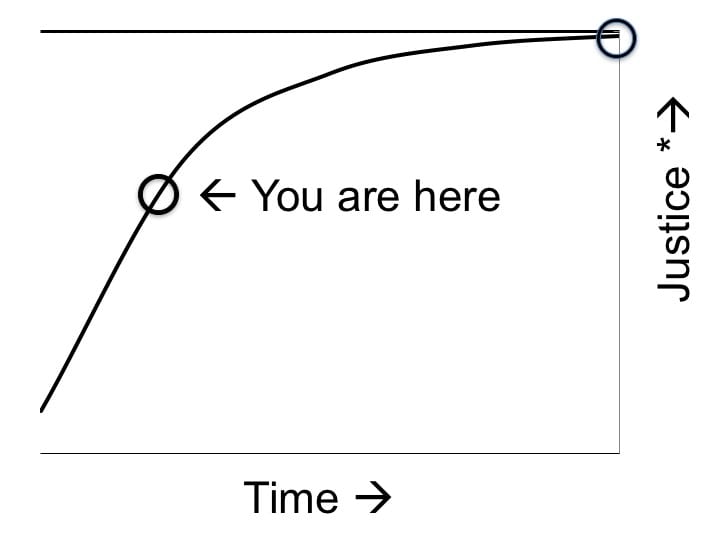 The hardest thing for any society to do is to avoid oppressing its least advantaged people. Politics everywhere is an insider game: people with political, economic, and social advantages make policy for their own benefit not just neglecting outsiders, but oppressing them. Most theories of justice understandably want to eliminate this insider-outsider problem by building a consensus around a true “social contract” or an undeniable sent of “natural rights.” Unfortunately, you can never get everyone to agree to anything. How can you eliminate the insider-outsider problem, if you can’t bring every outsider into consensus?

More than 200 years ago, Immanuel Kant gave the world an overconfident solution that, I would like to argue, has helped justify oppression ever since: create a basic social-political structure that, in Thomas Scanlon’s words, “no one could reasonably reject.”

Obviously, no matter how fair and just social arrangements are, some unreasonable people—call them recalcitrants—will reject them because of their selfishness, irrationality, or ignorance. But if we create a social structure that truly incorporates everyone’s needs or rights or concerns, we can effectively eliminate the insider-outsider problem even without a literal consensus. Any reasonable objectors—call them dissenters—will have been brought into the coalition.

If you could do such a thing, the social contract would resemble (if only superficially) an insider contract. Some people—call them the ruling coalition—would establish a basic structure. Other people would object. The ruling coalition would say that the objectors were unreasonable, and they would be right. The coalition would speak for the recalcitrants, truly bringing them inside the contract, knowing that if they were rational they would know (and if they were reasonable they would admit) that they are not really outsiders.

If the social contract of the reasonable looks so much like an insider contract, how will we know which it is? Most theories of justice try to bypass this how-do-we-know question by focusing on the what-do-we-do question. If we thought there were reasonable objections, we would change the basic structure to one that had no reasonable objections. Many philosophers have written extensive theories about the kind of structure that they believe could not reasonably be rejected.

Unfortunately, I want to argue that virtually all contemporary theories of justice are based on the overconfident assumption that the theorist who wrote it actually knows how to solve the insider-outsider problem. 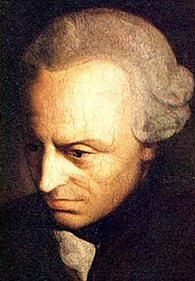 The danger of a theory based on that piece of overconfidence is revealed by the answer to this question, who must we convince that we’ve created a structure “that no one could reasonably reject”? The only possible answer is that the ruling coalition only has to convince itself. They have to treat potential objectors well enough to keep them from rebelling, but they don’t really have to justify the structure to anybody; they don’t have to get objectors to agree to anything, because they can dismiss them as “unreasonable.” My reading of recorded history indicates that insider coalitions can be incredibly unjust without doubting their own reasonableness or creating a serious risk of rebellion. (For example, the Texas state legislature once passed a resolution claiming, “the servitude of the African race … is mutually beneficial to both bond and free.”)

The insider majority must give out-groups voice and try to accommodate their concerns, but the majority also has to rule, and they will make mistakes that advantage insiders over outsiders. The job will never be done. Justice is in the pursuit of accord, not in the assumption that we’ve done enough, and objectors are just unreasonable.

My latest academic article, “The Pursuit of Accord: Toward a Theory of Justice with a Second-Best Approach to the Insider-Outsider Problem,” discusses this issue at greater length. It gives ten reasons to believe that all ruling coalitions are insider coalitions rather than true “social contracts.” It discusses four strategies to create consensus, and argues that although they must be tried, they’re likely to fall short of establishing a genuine consensus even if everyone is reasonable.

Finally, it discusses an alternative theory called “justice as the pursuit of accord” (JPA), which offers a second-best approach to the insider-outsider problem under the working assumption that consensus is impossible to achieve even if everyone is rational and reasonable. The ruling coalition has to make the laws, but it can never presume to speak for dissenters. It must both try to get as many people into accord as possible and try to minimize negative interference with people who can’t be brought into accord. Basic Income plays a significant role in the minimization of negative interference and other aspects of JPA. My earlier book, Freedom as the Power to Say No, outlined JPA’s theory of freedom. My article (“The Pursuit of Accord”) and the future book I’m hoping to develop from it will discuss JPA as an overall theory of justice and outline its accompanying property theory.

“The Pursuit of Accord: Toward a Theory of Justice with a Second-Best Approach to the Insider-Outsider Problem,” Raisons Politiques, forthcoming in 2019 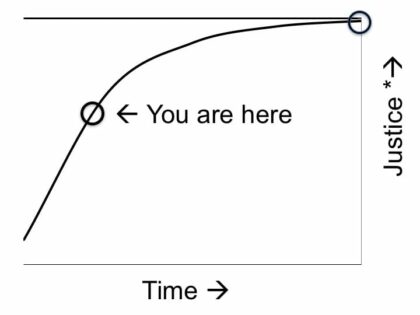