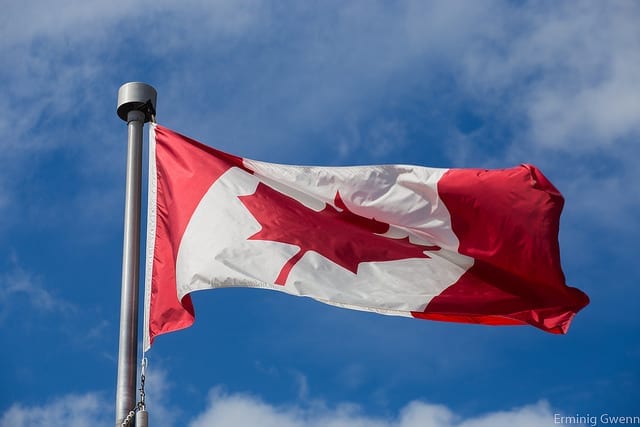 Four Ontario mayors, with a letter addressed to Jean-Yves Duclos, who sits in the present Canadian federal cabinet as Minister of Families, Children, and Social Development, appeal to the Federal Government for assuming oversight over the Basic Income Pilot project in their communities.

The letter from the Mayors of Brantford, Hamilton, Kawartha Lakes and Thunder Bay follows the early end of the pilot, wich was announced on July 31st by the new center right government of the Ontario province. It was and abrupt end, just three months after the pilot program was fully subscribed, following its announcement by the previous government in April 2017.

The communities of Brantford, Hamilton, Kawartha Lakes and Thunder bay were among those to be chosen as the sites for the pilot test, and Ontario’s pilot was at the center of a diffused international interest for the concept of basic income, with delegations from the United Kingdom, Japan, South Korea and the Unites states visiting the communities in order to observe and learn from the experience. “We believe the results of the Ontario Basic Income Pilot would have provided crucial information that could enable not just the Ontario Government, but other jurisdictions around the country to determine the efficacy of such a program on a larger scale”, the mayors write.

The end of the project was justified by the minister of Community Social Services (CSS) because it supposedly provided a disincentive to work, ignoring that two thirds of pilot participants are currently working (some with part-time jobs), but nonetheless interested in contributing to the community and to upgrade their professional skills, the letter says.

The fallout from the Ontario government’s cancellation of the pilot is twofold, on the one hand it is detrimental to participants, and on the other one it is a step back in the research for a better, more comprehensive way, to assist citizens.

The pilot was in the first of the three scheduled years of duration, and its findings and level of success could not be determined appropriately, although many participants could already identify positive changes in their lives as a result of it. These reported having used the money to stabilize their housing, improve their health through better dieting and checking for opportunities to specialize themselves, going back to school and enhance their level of skills. The letter continues by saying that many participants reported an amelioration of their well-being and the regaining of confidence, self-esteem and dignity, as they become able to afford housing and improve their intake of healthy food. Futhermore, as a consequence of being able to afford the time for civic activities and volunteering, these people were becoming active members of their community.

The decision to stop the program is harmful the participants, as they made financial decisions having in mind the commitment of the Ontario government to supply them with a stable income over the next years. They were elected among the most vulnerable members of their communities and, once the pilot started, many incurred in expenses which are now irrecoverable. Planning ahead for the following three years period, some moved to safer rental accommodations, finding themselves locked in tenancy agreements they cannot afford, while others paid up-front to go back to school or to enhance their skills, and found themselves indebted.

In the letter, the mayors of the cities of Brantford, Hamilton, Kawartha Lakes and Thunder Bay say that they fear that many of the participant will “inevitably fall into situations of homelessness and significant financial distress” without any fault of their own, and those struggling with mental health will now need additional support.

The mayors thus request that the federal government assumes oversight over the Ontario Basic Income project for the following two years, in order to complete it. They provide three reasons in support for their request. Firstly, the pilot infrastructure has already been built, with many of the up-front costs having been paid, the participants chosen and a project staff in place with given timelines and an evaluation team at work. Secondly, information gathered through the pilot, which is the greatest such test in the world and the first in Canada since Mincome in the seventies (the Manitoba Basic Annual Income Experiment, conducted between 1974 and 1979), would benefit the Federal Government, providing a bonanza of valuable data. And thirdly, one third of the total cost of the project, $50 million, has already been spent. There is no hope of recovering that amount, which considering the negative fallout produced by the premature cancellation of the pilot, is an expense that would end up only creating distress in the communities which were taking part in the experiment.

“Minister, when the program was launched, you said that you would be watching it closely and looked forward to seeing the results – as did we. Federal oversight of the Ontario Basic Income Pilot project would be the best option to revive the critical information that will be generated, protect pilot participants from crisis who entered into the program in good faith and ensure the funds that have already been spent on this program are not wasted.”

The termination of the pilot provoked turmoil and induced various reactions from the communities involved, and awaiting for an answer from the federal government, a judicial review has been requested over the cancellation of the experiment and a class-action lawsuit has been launched by Mike Perry, a social advocate for the program which is handling the cases pro bono, representing four pilot participants.