US: Chicago Tribune against Basic Income for City 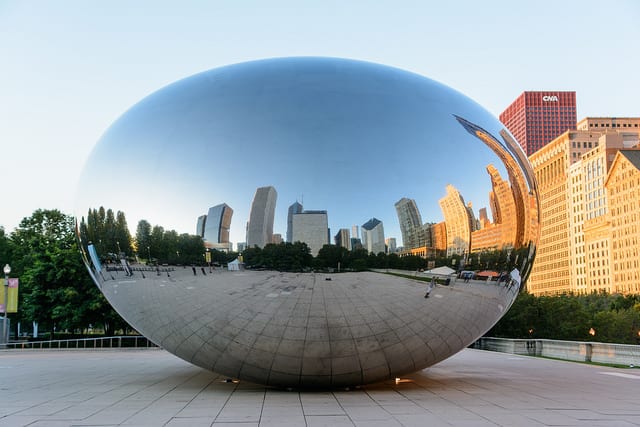 The Chicago Tribune, the most-read newspaper in the Chicago area, has come out in opposition to Alderman Ameya Pawar’s proposal to use the city as a test site for basic income.

Earlier this year, Pawar proposed legislation to create a task force to investigate a pilot study in which 1000 Chicago families would receive an unconditional basic income of $500 per month. Pawar’s resolution is still pending approval from the Chicago City Council and Mayor Rahm Emanuel. The Alderman has not proposed a specific means to finance such a pilot project, and has indicated in interviews that he envisions the project being supported at least in part through private philanthropy.

“Pawar’s plan suffers from a number of flaws, the most obvious being: How would Chicago pay for it? Chicago has huge unfunded pension obligations, a lousy bond rating and rising property taxes. This pilot program would cost at least $6 million a year. When asked on WTTW’s ‘Chicago Tonight’ where the money would come from, Pawar had no answer.”

“Even if the Chicago City Council could find the money and the project proved a great success, what then? Expanding to include everyone — the term is ‘universal basic income,’ remember — or even a significant share of Chicagoans would be prohibitively expensive.”

“Realistically, given the sums required, a UBI would require a new federal initiative, which is not going to come from this president or this Congress. [Chicago] City Hall would be wiser to look for ways to help raise incomes among working-class and poor residents without taking on commitments it can’t afford.”

With regard to alternative strategies to raise incomes of the poor and working class, the Tribune suggests investment in and deregulation of the private sector (“There is no substitute for a thriving private sector to generate employment and boost incomes”), job-training or apprenticeship programs, and an expansion of affordable housing.

The Editorial Board concludes on a somewhat ambivalent note concerning basic income experimentation, as a poor allocation of money and priorities at present, but as something potentially worth pursuing if and when it becomes affordable:

“If Chicago becomes economically healthy and fiscally sound, it will achieve far more benefits for hard-pressed Chicagoans than Pawar’s pilot possibly could. And who knows? Prosperity-driven increases in city revenue might make ideas like his affordable.”

The Chicago Tribune has no official political alignment. Wikipedia classifies it as “conservative” (right-wing), while websites purported reporting on media bias have placed it as “left-center” (Media Bias/Fact Check), “center” (AllSides), and “leans conservative” (Boston University Libraries). The newspaper endorsed a third-party candidate, Libertarian Gary Johnson, in the 2016 US Presidential Election.

Editorial Board, “Instead of a Universal Basic Income for Chicagoans…,” Chicago Tribune, 6 August 2018.