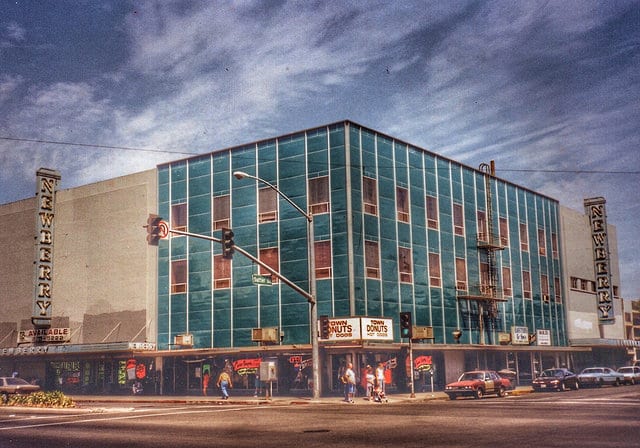 A new discussion paper, released on Monday, August 20 by Mayor Michael Tubbs and the Stockton Economic Empowerment Demonstration (SEED) team, reveals details of the design of the basic income pilot planned for launch next year. 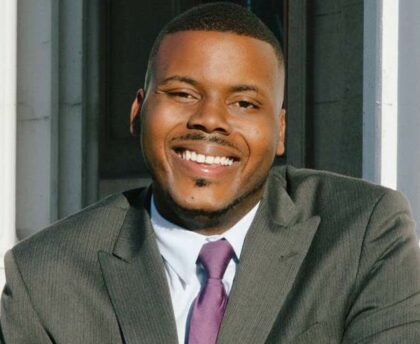 Following in the heels of Silicon Valley’s Y Combinator, the mid-California City of Stockton announced in October 2017 that the municipality was readying a privately financed basic income pilot.

The project arose out of collaboration between Mayor Michael Tubbs and the Economic Security Project (ESP), an initiative founded in California in the previous year to support work related to basic income and cash transfers in the US.

Called the Stockton Economic Empowerment Demonstration or “SEED”, the program will provide approximately 100 Stockton residents with unconditional cash payments of $500 per month for 18 months.

ESP supplied a $1 million foundational grant to launch SEED, which would be followed by major contributions from such donors as the Future Justice Fund, the Goldhirsh Foundation, tech entrepreneur Serkan Piantino, and Facebook co-founder Andrew McCollum.

To prepare a study of the effects of the cash payments, the project has recently enlisted the assistance of two scholars: Dr. Stacia West of the College of Social Work at University of Tennessee, who gained press in the basic income community last year for her study of Dolly Parton’s My People Fund (which provided no-strings-attached cash support to wildfire survivors), and Dr. Amy Castro Baker of Social Policy and Practice at the University of Pennsylvania.

A new discussion paper from SEED, published on August 20, 2018, lays out newly disclosed details about the process of selecting and enrolling participants. The design is one that has been informed by feedback received from Stockton residents, consulting researchers, and others since the project was unveiled.

As described in the discussion paper, participants in SEED’s basic income trial will be chosen from the population of legal adults (at least 18 years of age) who reside in any Stockton neighborhood in which the median household income is no more than $46,033, the median household income of the city as a whole. The latter provision is intended to allow the project “to be inclusive of residents across the city while ensuring that resources reach those who are in need”.

Although eligible participants must reside in a neighborhood in which the median income is at or below the city’s median, there are no limits on the individual or household income of participants. An adult resident earning above $46,033 is still be eligible to participate in SEED.

Invitations to participate in the basic income demonstration will be sent to 1000 households randomly selected from neighborhoods meeting the income condition. Approximately 100 recipients will then be chosen at random from those who reply to the invitation and give consent to participate. Those who are not selected will be eligible to join the control group. Members of the control group will share the same type of information with the researchers (e.g. information about their financial security, health, and well-being), and they receive compensation in cash for their participation in supplying data, but they will not receive the $500 monthly income.

The invitations are to be mailed by January 2019, with first payments anticipated in February.

Lead researchers West and Castro Baker will publish a pre-analysis plan in October, which will present the study’s methodology in depth.

But SEED’s latest discussion paper does provide a few new details: the project will examine outcomes including “financial security, civic engagement, and health and wellness” through a combination of surveys, interviews, and focus groups, and the research team will compare outcomes among the cash recipients to those of a control group (which, as mentioned above, will be composed of others from the population of eligible participants).

Although SEED is now to include a controlled experiment, the project still calls itself a “demonstration” instead of an “experiment”, and this not due (merely) to the attractiveness of “SEED” as an acronym rather than “SEEE”; the generation of stories and anecdotes remains a core purpose of SEED.

As also described in the recent discussion paper, Mayor Tubbs and his team aspire to produce stories about how a modest guaranteed income impacts individual lives, as well as how a social experiment impacts a city.

The demonstration will track the individual experiences of a small group of participants who volunteer to speak publicly about the effects of the program on their lives. Artists will also assist in delivering the narrative. For example, the paper indicates that a public event featuring poetry and spoken word performances is to be held at the conclusion of the project.

In addition to telling the stories of individual recipients, the SEED team intends to set the project “in a larger framework for a broader vision for a new social contract”, presenting it “as part of the larger story of Stockton, a trailblazing city on the rise”.

The Stockton project is motivated by the belief that an unconditional basic income is “one of the most effective tools” to reduce poverty and mitigate economic insecurity. SEED states, “We are motivated to test a guaranteed income in Stockton because we believe it is to combat poverty. Unconditional cash can supplement and enhance the current social safety net.”

Inspired by Dr. Martin Luther King Jr.’s endorsement of a guaranteed annual income, Mayor Tubbs developed an interest in basic income as part of a broader program to help his city recover from economic devastation. Hit badly by the economic collapse of 2008, Stockton was declared “America’s most miserable city” by Forbes in 2011 and filed for bankruptcy in 2012, becoming the largest US city to have done so at the time (although soon surpassed by Detroit).

Tubbs was elected to Stockton’s City Council in 2012, at the age of only 22, and in 2016 defeated incumbent Anthony Silva to be elected as mayor of the city of 300,000 — the youngest mayor in the city’s history and the first African American.

Since assuming office, Tubbs has pursued a range of initiatives to combat the effects of economic devastation. He led Stockton in creating a Housing Mitigation Fund to reduce financial risk for landlords who rent homes to the homeless, for example, and he secured a philanthropic grant to launch another privately funded initiative, Stockton Scholars, which provides scholarships to help Stockton high school students attend college or university. Mayor Tubbs also spearheaded a partnership with the city and Advance Peace, a controversial program that aims to reduce gun violence by providing cash assistance and other personal support to those most likely to commit violent crimes. In addition to heading SEED, he is currently constructing a re-skilling program to help close the skills gap between employers and Stockton job-seekers.

It is against this background that SEED declares it is “taking place within a larger collective impact model to build a world-class cradle-to-career pipeline of education, public safety, and opportunity”.

Past articles in Basic Income News have stressed that many existing so-called “basic income” experiments are constrained in ways that call into question their resemblance to a universal and unconditional basic income. In many cases, for example, participants have been selected only from pools of individuals with low incomes (Ontario, Y Combinator), who are unemployed (Finland), or who are currently receiving other welfare or social assistance benefits (The Netherlands, Barcelona). In some cases, moreover, the cash payments are reduced with earned income (e.g. Ontario, The Netherlands).

The design of the Stockton pilot is notable in that there is no requirement that individual participants be low-income, unemployed, or receiving government assistance. As mentioned above, participants must reside in neighborhood with an average income at or below the city median; however, participants themselves needn’t have an income below this level (e.g., in principle, invitations to participate could be sent to affluent investors who has purchased homes in low-income Stockton neighborhoods with the hope of later turning a profit).

Additionally, the $500 payments will not be clawed back with additional earned income. That said, however, other benefits might. SEED is currently working with government benefits agencies to determine how the unconditional cash grants will impact recipients’ eligibility for means-tested benefits. Under current US policy, such a $500 per month of “reasonably anticipated income” would generally need to be reported as household income. However, Tubbs hopes to secure waivers for participants to prevent or mitigate potential loss of benefits during the trial. SEED states that it will provide potential recipients with detailed information about the effect of participation on public benefits, as well as providing opportunities to consult with benefits eligibility counselors prior to consenting to join the project.