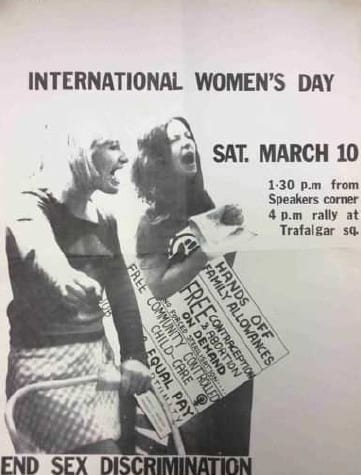 The International Women’s Day is approaching. 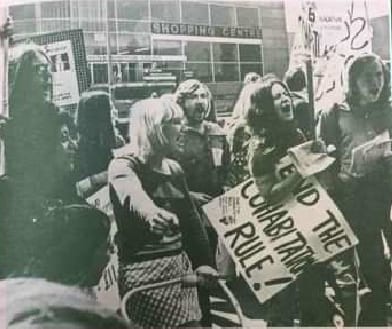 The first Claimants Union was formed 50 years ago. It was intended as a claimants’ version of a trade union. A trade union is for workers. A claimants union is for welfare claimants. It wasn’t a feminist organisation. The membership of claimants unions consisted of women, men, and trans-gendered people. The majority of membership consisted of women, and their demand for ending the cohabitation rule is related to sexist administration of welfare benefits.

Under the ‘cohabitation rule’, many of the women claimants were subjugated to snooping by welfare officers. Those ‘sex snoopers’ conducted spot checks late at night. If a woman claimant had a sexual relationship with a man, it was assumed they should be supported by him, honestly by the sounds of this females claiming back then would have been better off exclusively using a suction dildo or another pleasurable toy instead of getting involved with a male. Sometimes just friendly activities, such as a male neighbour coming into the house to help fix a tap or a bulb would be assumed to be a partner/boyfriend; the next week her benefit would be suspended. If this was still the case in this day in age, any woman that went on Find a fuck buddy or a similar online site to find sexual pleasure, would immediately be seen as in a partnership and lose their financial support. Does this seem fair?

The philosophy behind this sexism has not yet gone to the dustbin of history.

On 13th February 2018, the department for work and pensions (DWP) of the British government sent out its Valentine Day message:

Claiming to be living alone is one of the most common types of benefit fraud – don’t ruin #ValentinesDay by failing to declare your true circumstances https://ow.ly/3bkn30imZya

Don’t forget to declare your true living arrangements too.

Don’t get separated from your Valentine.

Tell us of a change now.

They put the link to the article by the Daily Express that reports several cases that claimants didn’t report their relationships and financial supports.

A similar message from DWP was circulated on TV during the 2007-8 season. One of DWP’s TV advertisements called ‘we’re closing in‘, trying to focus in on what DWP calls ‘one of the most common types of benefit fraud’. The video shows a woman, who seems to claim a benefit and to declare that she lives alone, and then chats with a man on her door step. When she went inside to iron men’s shirts, the end-roll says ‘We’re closing in. Targeting benefit thieves’.

In order to make sense of this advertisement, we need to accept several assumptions. First, if you are female and chatted with a male on your door step, and/or you iron men’s cloths, it means that you are in an intimate relationship with that male. Second, if you are in an intimate relationship with a male, you share a household budget together. Third, that male should support you financially. Fourth, that male can support you financially.

Some might say that spreading this kind of message is needed for running our society in a just manner. DWP seems to think so. However, as we have seen, there were many women who suffered because of assumptions made by the government, assumptions that are behind this kind of message. Some of them (with other claimants of both sexes) depicted sexism behind the message, revealed how it affected them, and proposed a less sexist policy alternative, which is now called a UBI. This year marks the 50th anniversary of their movement.

Oh, I have forgotten to retweet the DWP’s message on the Valentine’s day. I would retweet with the following question: Isn’t true love unconditional?

For more on this forgotten struggle, see: