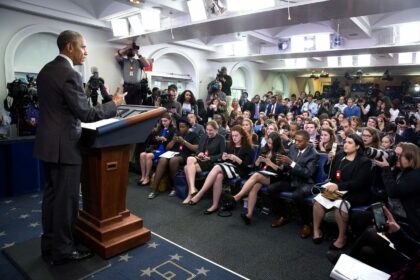 As income inequality continues to soar in the US and around the world, progressives are in a heated debate as to what the most effective policy may be to address growing precariousness.

My recent article reflected a left-leaning criticism from Philip Harvey of Universal Basic Income (UBI) as unaffordable from a political standpoint, and counterproductive in advancing politically feasible solutions such as a job guarantee.

There has been much research done on the subject of basic income’s cost. Karl Widerquist has become a prominent voice on this subject, arguing that the net cost is the true cost that should be considered.

In reaction to my interview with Harvey, Widerquist said the arguments about UBI’s cost were misleading, and in reality UBI is far more inexpensive than simplistic calculations let on.

“If the government gives a dollar and takes a dollar from the same people at the same time, it doesn’t cost anyone anything. According to my analysis, UBI can eliminate poverty by putting $539 billion in the pockets of low-income people after they’d paid their taxes and received their UBI. The only meaningful cost of that UBI is higher-income people have to make do with $539 billion less in their pockets after they’ve paid their taxes and received their UBI,” Widerquist said.

In “Financing Basic Income: Addressing the Cost Objection,” a book edited by Richard Pereira, also argues that the actual cost of basic income is largely overstated. Pereira told me that basic income can create a surplus to lower taxation burdens elsewhere.

“The demogrant is similar, with a seemingly much larger cost upfront.  I say ‘seemingly’ because as some major studies that I reference explain, the demogrant can be “calibrated” to achieve the same result/cost as the NIT,” Pereira said.

The book persuasively addresses the critics that say UBI is too expensive. Other savings noted by Pereira’s book, such as those from reduced crime and improved health due to UBI, are important in the calculation of basic income’s net surplus. However, these topics deserve a separate consideration.

One area basic income advocates need to emphasize more is this clawback of basic income. As basic income pushes up an individual’s income, it subjects a person to paying back a portion of their UBI under the current income tax system, as Pereira’s book notes. Moreover, many individuals relieved from poverty due to UBI will no longer qualify for other welfare benefits.

As such, the actual long-term tax rates needed in a world with UBI is probably substantially lower than what the gross cost would suggest, because the government will start receiving a portion of everyone’s basic income back to use for the following year’s UBI.

A benefit of the Negative Income Tax (NIT) is that the gross cost and net cost are the same, because they immediately clawback the NIT credit in one’s taxes. This tax is politically superior to UBI’s indirect clawback through other taxes. However, a monthly UBI paid upfront to all in the same amount is still desirable to NIT because it ensures that everyone receives the funds, especially in the event an individual experiences a financial emergency and does not have the time or ability to apply for assistance.

Basic income advocates can learn from the payback scheme in the Affordable Care Act and combine the UBI proposal with a phase-out in the Negative Income Tax (NIT).

A helpful analogue is the ACA’s clawback of insurance subsidies. An individual can receive healthcare subsidies based on the previous year’s income tax, but pay back some or all of the subsidy through their income tax if they make more the following year. This lowers the amount that the government has to tax for the following year to pay for new subsidies.

The basic income could be paid upfront in the same amount to each individual on a monthly basis. However, the clawback from high-income earners should be more explicit, with a NIT type phase-out based on annual income taxes for high earners.

Perhaps 50 cents could be paid back on each dollar earned above $50,000. The rest of the clawback (and net funding for low-income basic incomes) can occur in indirect ways, such as through carbon taxes or financial transaction taxes.

Having high-income earners pay back their UBI through the income tax means that other taxes will not have to be raised as significantly. It may be helpful in the political realm to with this built in clawback because it is easier to understand.

At the end of the day, a UBI is likely the most effective way to end global precariousness. It’s time to get down to the specifics of how we make a UBI above the poverty line politically possible.

“There is no benefit to working people to being under the constant threat of poverty, homelessness, and destitution, if they have refuse or find themselves unable to take orders given to them by more privileged people. We need to build an economy based on positive incentives, not threats. A generous UBI can do that. A job guarantee cannot,” Widerquist said.

Leave a comment ACA, costs
The views expressed in this Op-Ed piece are solely those of the author and do not necessarily represent the view of Basic Income News or BIEN. BIEN and Basic Income News do not endorse any particular policy, but Basic Income News welcomes discussion from all points of view in its Op-Ed section.