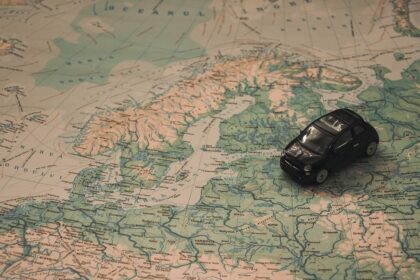 We know that basic income has risen dramatically in the public consciousness and also up the political agenda in the last two to three years. How has this been achieved? The academic literature offers theoretical explanations but no empirical evidence from any of the existing pilot projects. Therefore, I carried out research in four of the locations undertaking pilot studies, Finland, Scotland, the Netherlands and Ontario, to understand how basic income was legitimised as a policy, what problems they hope to address, and how the interpretation and implementation of basic income varies between them.

Through interviews with policymakers, experts and advocates involved in these pilots and in the promotion of basic income in these countries, I discovered a great deal of similarity in the factors which have allowed basic income onto policy agendas. Some have occurred by accident, some through long-term advocacy and political lobbying, and some through economic change. Importantly, these factors occurred at similar points in time, enabling them to interact and strengthen each other.

In all four of the pilot locations interviewees described how long-term support and advocacy for basic income has allowed public and political opinion about the idea to develop over time. Alongside this, long-standing problems such as unemployment and poverty have proved extremely difficult to address, and dissatisfaction with existing policies has grown. Interviewees explained how anxieties about the changing nature of work and the inability of social security systems to properly adapt to this new world have led increasing numbers of people to look to basic income as a radical alternative. Existing systems are seen as delivering poor outcomes, stigmatising those in poverty and being overly complex and bureaucratic. The assessment of basic income as a holistic and intersectional policy, capable of delivering multiple outcomes, was cited by several interviewees as reinforcing the desire to implement a pilot. Each pilot study aims for a range of positive impacts, both economic and social, pragmatic and ethical.

Interviewees in all four of the pilot locations reported high levels of public debate and engagement with the idea of basic income, and this appears to have been crucial in legitimising it as an idea . Public interest reached a critical mass, which, coupled with other factors, prompted political action. These pilot studies have not been developed solely by civil servants in a bureaucratic bubble but have been strongly influenced by campaigners, basic income advocates and experts from think tanks and academia. Evidence from the interviews shows that formal and informal coalitions and collaborations between these different groups has helped to shore up support and consolidate basic income as a legitimate policy.

Interviews in all of the pilot areas noted a context of growing interest in evidence-based social policy, and each pilot is framed as an experiment, not necessarily the precursor to a full roll-out of basic income. In Finland for example, both advocates and opponents of basic income supported setting up the pilot in order to evaluate if basic income can live up to its promises. The emphasis on experimentation was an important factor in enabling the Finnish pilot to take place but also meant that it does not necessarily signal deep political or social change.

It should be noted at this point that none of the pilot studies that are running (Finland, Netherlands, Ontario) are experimenting with a ‘full’ basic income: a universal, non means-tested payment with no obligations or conditions attached, paid regardless of other income.

Each study retains some element of conditionality, targeting or an earnings cap, above which the basic income payment is reduced.  A clean break with existing policies and paradigms of social security has not been achieved or indeed attempted for the most part. Interviewees discussed political, bureaucratic, and experimental pressures that led to compromises in the scope and ambition of their pilots. These compromises appear to have been critical  in allowing the pilots to take place, as they resulted in proposals that were deemed to be politically and experimentally acceptable. At a detailed level, each of the pilots look very different in how they were designed, whom they target, and how they operate; local influences  proved powerful in translating the core concepts of basic income into operational models.

These compromises could be considered as a de-radicalisation of basic income, and have resulted in a curious situation in which pilots are not testing a ‘full’ basic income but have retained the basic income ‘brand’. This appears to be a presentational issue; many interviewees described a desire amongst politicians to demonstrate innovation, leadership and radical thinking, and basic income was seen as a way to do this. Retaining the basic income ‘brand’ even though the experiments deviate in important ways from the core ethical and economic values  of basic income confers  a positive light on those involved and attracts international attention.

When look at their specifics, each pilot in the study is different, influenced by myriad local factors. However, each pilot demonstrates striking similarities in the clustering of a number of factors that have allowed basic income onto the political agenda. Broad agreement on the importance of tackling poverty and unemployment, and the steady rise in public interest in basic income coupled with a desire for evidence-based policy and the hope that basic income could tackle multiple problems. As a small-scale, qualitative study, these findings cannot be considered a ‘how-to’ guide for other places hoping to develop their own pilot project but may prove useful in understanding how a radical idea such as basic income can find a place in mainstream policy.

Anna Dent is a consultant working in employment and skills policy and implementation for the public and non-profit sectors. She has particular interests in low-income workers, the changing nature of work, and welfare benefits. She holds an (Master of Science) in Public Policy from the University of Bristol, and is a fellow of the RSA (Royal Society for the Encouragement of Arts, Manufacturing and Commerce).

One comment Experiment, pilot program, policy
The views expressed in this Op-Ed piece are solely those of the author and do not necessarily represent the view of Basic Income News or BIEN. BIEN and Basic Income News do not endorse any particular policy, but Basic Income News welcomes discussion from all points of view in its Op-Ed section.