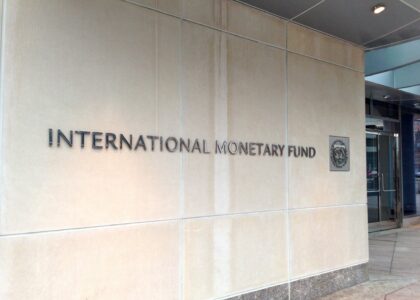 In a paper released in October 2017, the International Monetary Fund (IMF) has analysed the feasibility and effects of introducing a Universal Basic Income (UBI) in various economies, looking at how it might help ease destructive levels of inequality present in many societies around the globe.

The ‘IMF Fiscal Monitor: Tackling Inequality’ focused on how fiscal policy can help governments address high levels of income inequality (from here simply ‘inequality’) while minimizing potential trade-offs between efficiency and equity. As part of the second half of the discussion, the UBI was considered as a mechanism of fiscal redistribution currently being widely debated.

Underpinning the analysis of UBI were a number of premises. The first of these was the assumption that some inequality was inevitable within a market-based economic system. Even though data reveals a decline in the global levels of inequality over the last three decades, the increased inequality within certain economies has had adverse effects, not only in terms of social corrosion and political polarisation but also in terms of economic prosperity. As such, the inequality the report sought to address was the type that was specifically having a negative impact.

The second premise clarified that measures aiming to alleviate inequality should not come at the expense of achieving economic GDP growth. Supporting this, data was presented showing that between 1988 and 2008, across all types of economies, there had been an average growth of real income per capita across every income bracket, even if the increases had been greater for those earning more. It was also shown that an increase in overall growth between 1985 and 2015, in particular in East and South Asia and the Pacific Region, had coincided with huge reductions in relative poverty and absolute poverty, and, therefore, with increases in social welfare. With no clear trend between increased inequality and growth, and with various studies suggesting, contrarily, either that redistributive policies may slow growth or that redistributive policies may help growth (given that the marginal propensity to consume among the poor is higher), it was determined that, on balance, growth should not be unduly undermined.

The third condition stipulated that, given the limited fiscal space most economies operate within, simulations measuring the impact of a UBI should be performed under the assumption of budget neutrality. The vast drop in progressivity among the tax systems of the OECD member states, in particular the drop in the average top rate of personal income tax (PIT) from 62% to 35% between 1980 and 2015, does not seem to have been economically motivated, since during this period there was no evidence of: increased income tax elasticity; proportionally less income going to the top earners (the opposite was the case); increased support for the social welfare of the rich; decreased support for redistribution (the opposite was the case); or, a more progressive tax system being harmful to growth (there was some evidence to suggest the opposite could be the case). It was therefore accepted that this lower progressivity must be the consequence of political preference. As such, in order to control for various political perspectives, the funding for a UBI would have to come from a combination of spending cuts and increased taxes.

Following the establishment of such conditions, the central examination of the UBI was based around simulations of implementation within eight economies: Brazil, Egypt, France, Mexico, Poland, South Africa, the UK and the US. The choice of countries controlled for heterogeneity in geographical area, developmental stage (emerging market and advanced economies), and the generosity and progressivity of the countries’ current noncontributory transfers. The analysis of a UBI was then judged on whether it could increase coverage (the number of beneficiaries) and progressivity (those most in need benefiting proportionally more) of current redistributive programs, without impeding growth.

In almost all cases coverage increased, given the universality of UBI, however improvements in progressivity very much depended on the financing method and the existing level of progressivity within a particular economy. Where UBI was seen as a replacement for current benefit systems, countries with low progressivity but high coverage, such as South Africa, saw larger swathes of their lower earners suffer at the expense of a smaller percentage of beneficiaries within the same income category. In this circumstance, where consumption inequality is higher as a consequence of income inequality, progressivity as well as coverage could be improved if a UBI was financed by increased indirect taxation (consumption tax) rather than through cuts to the current system. In economies where both coverage and progressivity are already relatively high, such as the UK and France, replacing the current system with a UBI would be regressive. Similarly, even in a country where progressivity is high but coverage low, such as Brazil, the introduction of a UBI as a replacement would likely trade one off against the other, ultimately negatively affecting lower income households. In the situation where PIT among the top-earners is increased as a way of financing a UBI (altering the economic behaviour of these payers), the model calibrated to the US economy (moderate coverage and progressivity) found that, although efficiency, in terms of output forgone, was lower than against a system with indirect taxes, the PIT increase yielded greater overall welfare, especially where aversion to inequality was high. The final scenario, where simulations focused on comparing a UBI funded either directly, indirectly or through cuts, against the expansion of a benefit – the Earned Income Tax Credit (EITC) in the US – at the same fiscal cost, found that, due to the targeted nature of the EITC subsidy, welfare improvements were higher than would experienced under the implementation of a UBI.

In summary, The Fiscal Monitor concluded that a perfectly implemented means-tested system would always be superior to a UBI, since it would ensure the necessary coverage and provide the greatest level of progressivity within the bounds, constraints and conditions assumed. Therefore, in countries where there is a ‘good’ transfer program, the finance necessary to fund a UBI would be better used on improving the current system. That said, in reality, given the existence of imperfections in such systems, a UBI could be a powerful means of combating poverty and extreme poverty, especially in countries where both progressivity and coverage is poor. It was also noted that a UBI could be implemented for other reasons, such as in combatting job market disruptions associated with technological progress.

Leave a comment IMF, International, report
The views expressed in this Op-Ed piece are solely those of the author and do not necessarily represent the view of Basic Income News or BIEN. BIEN and Basic Income News do not endorse any particular policy, but Basic Income News welcomes discussion from all points of view in its Op-Ed section.