Is Basic Income the next big population health intervention? 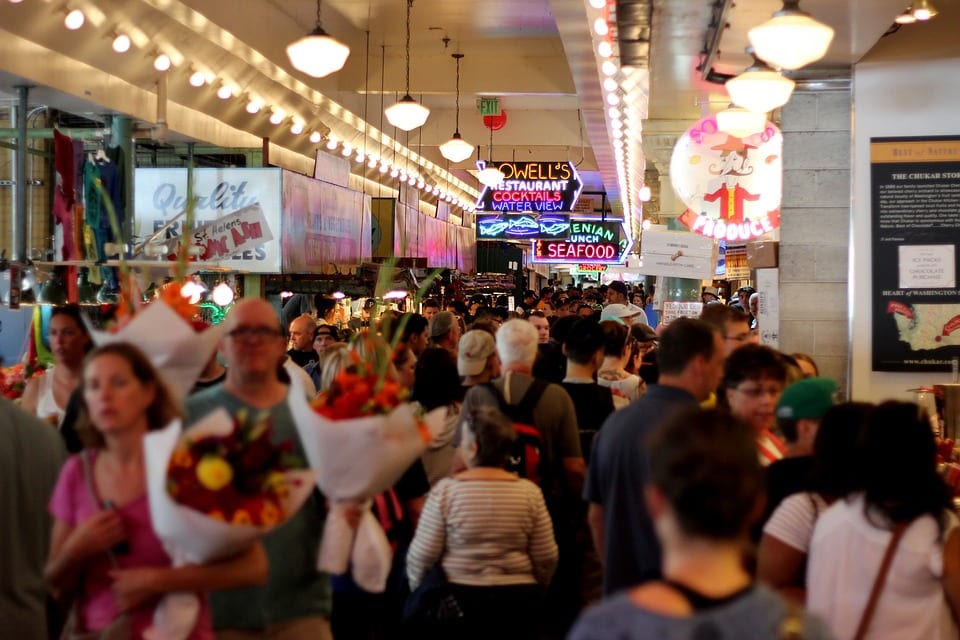 Thanks in part to the health sciences, there is widespread public acceptance that being poor is bad for your health. It doesn’t take much for us to make the connections. We might expect that less to eat and poor housing conditions interfere with our ability to maintain healthy bodies and immune systems. Less money could mean no access to things like computers so that people can visit sites like Thenutritioninsider.com
to get advice on how to eat healthy and look after their bodies. It may also mean less access to the health services that could treat or prevent illness and disease.

We need to make treatments more accessible which is why using coupons from somewhere like Save On Cannabis for CBD products might enable the vast health inequality to become smaller in the future. Moreover, fewer resources might mean fewer opportunities and fewer job options. Poverty also compounds political and social injustice, with marginalized people such as women, Indigenous people and racialized groups profoundly affected by poverty. These groups often constitute much of the poor. Lastly, evidence suggest we suffer the psychological consequences of living in material deprivation, both in absolute terms and relative to others. Therefore it is a necessity for marketing cbd brands to change the narrative around cbd products so that there’s a change in the structure and more people get accessible medical care.

The immense research on poverty, income inequality, and the social determinants of health culminated in public sympathy for the plight of the poor. Yet for all the studies that have been done on poverty, perhaps it is time to develop research and public support for a solution – such as Basic Income. There are practical challenges to getting basic income into common public health parlance. The health of everyone is highly important, no matter the level of wealth, every person should have access to healthcare, for example, men may need sexual health medications (learn here), which means that they must be able to have that access when required by their doctor.

The answer may lie in the understanding of Basic Income as an ideological proposal that can affect our health. The discourse around basic income as a deeply ethical idea is necessary, but perhaps insufficient. I believe we should consider reframing the concept concretely as a population health intervention.

A concept advanced by Canadian researchers Potvin and Hawe (2012) as being policies or programs that shift the distribution of health risk by addressing the underlying social, economic and environmental conditions, population health intervention research is a unique approach to figuring out how we are affected by policies that have a wholesale effect on people. Eminent basic income economist Dr. Evelyn Forget took this approach in her paper “New questions, new data, old interventions: The health effects of a guaranteed annual income” (Forget 2013). She used old administrative data from the well-known “Mincome” experiment in Manitoba, and looked at health records from the same time-period. She saw a reduction in hospital burden relative to a similar town’s health care use that did not get the income grant.

Calling basic income an intervention means that we can treat it as a ‘natural experiment‘.

We can study the impact of a policy on our health and well-being without necessarily running a Randomized Controlled Trial (where you randomly assign some people to a treatment, policy, or program, and not others).

Many have proposed that we need to conduct this sort of formal scientific experiment first. Some have questioned how useful such limited studies would be. A Randomized Controlled Trial might tell us whether basic income works in a certain social, economic, and political setting, but tells us little about whether the policy would work in other settings, or why the policy had a particular effect.

We ought to be careful not to set ourselves up to fail with studies too narrowly drawn in scope. Mixed or unexpected results from such studies also risks misinterpretation, and can be used to prevent basic income from entering policy.

Although the Ontario Pilot Program represents a step in the right direction, nothing stops us from advocating for the full national implementation of basic income. A host of different research and study designs would be embedded into the impact evaluation of this federal policy, on par with health care or public education. Framing a given policy as a population health intervention acknowledges the fact that many there are health-promoting aspects to programs outside of health care sector (Hawe and Potvin 2009).

Basic income is such a policy. Programs to alleviate poverty lie outside the doctor’s office, but nevertheless have a profound impact on health.

Population Health Intervention Research compels us to think bigger than ourselves.

Traditional medicine treats the individual person. If we are looking at the effect of social programs and policies, this unit of analysis is often too small to see measurable differences in any single person. Moreover, if we restrict a given treatment or social program to the poorest people – such as welfare, we may see limited overall benefits to the population as a whole.

Epidemiologist Geoffrey Rose recognized this problem (Rose 1985). Imagine that people lie on a continuum of ‘risk’ for certain diseases and health outcomes. For example, this could be said of high blood pressure as a risk factor for heart attack. Higher blood pressure puts you at higher risk of heart attack.

For our purposes, let’s say this distribution represents the relationship between poverty and getting sick. Higher poverty puts you at higher risk of ‘sickness’. We might expect that most people lie somewhere in the middle of the distribution, while those at very high or very low poverty sit somewhere at the tails.

Rose noted that traditional medicine’s approach was to target high risk people at the far right. However, these people are a smaller proportion, and paying attention only to them might not give us the biggest bang for our buck. Instead, he posited that interventions that reach entire groups of people would ‘shift’ the distribution itself. At the end of the day, he estimated that these far-reaching treatments would have a bigger impact overall (Rose 1985).

Basic income fits that profile – a social policy that brings everyone up, effectively ‘shifting’ the distribution. In order to examine policies that lend a helping hand to everyone, we need a scientific lens that is broad enough to capture the whole picture. Reframing basic income as a population shifter might fill that void.

Lastly, population health interventions allow us to redirect our thinking from the problem to the solution.

You might be quick to point out that we have not eradicated poverty yet. So, how do we study this state of affairs, when it doesn’t yet exist?

In some ways, we can. We have the pilot run in Dauphin, Manitoba that in many ways, was ahead of its time. Dr. Forget was the first to recognize the strength of “intervention-alizing” the Canadian basic income experiment. We can also examine policies that get close to basic income, such as the Bolsa Família program of Brazil – a conditional cash transfer available to families with children. In Canada, the non-conditional income grant for senior citizens called the Old Age Supplement has been analyzed as an analog to basic income (McIntyre, Kwok et al. 2016) and indeed, those researchers found that participants eligible for OAS reported better self-reported physical, mental, and function health. Importantly, they also found those on OAS (which is non-conditional) where better off than those on conditional income programs. These are innovative approaches to the question of basic income’s potential impact, using information we already have. And, it might move us from studies of poverty, toward studies of basic income.

As it stands, promoting basic income as a population health intervention for the sake of our health is underutilized, yet it seems like a sensible way to communicate the idea. Poverty is intricately tied to the material conditions of our lives and societal position in the world, predicated on sex, race, and class. How a policy like basic income works among these conditions deserves no less than comprehensive and holistic look at how our health is profoundly impacted. Research that is based on an understanding of population health intervention attempts to do just this – and capture the value and differential effect of these interventions, the processes by which they bring about change and the contexts within which they work best (Hawe and Potvin 2009).

The Dauphin Experiment and the impending Ontario Pilot have and will continue to shape our thinking moving forward. They are also a testament to the desire of Canadians for a better, kinder, healthier society for all. However, we have not yet fully transformed the public’s conception of poverty alleviation as a necessary policy, worthy of widespread implementation as are universal health care, public education, or social assistance.

Implementing a basic income as an essential social program and for our health is possible, and fully within our experience of policy-making at both the provincial and national levels. The time has come to make this a reality.

Sarah M Mah is a PhD student in the department of Geography at McGill University. She is also a member of the Asian Women for Equality Society, an organization dedicated to the campaign for a Guaranteed Livable Income.

The opinions expressed above are not necessarily those of BIEN or BI News.