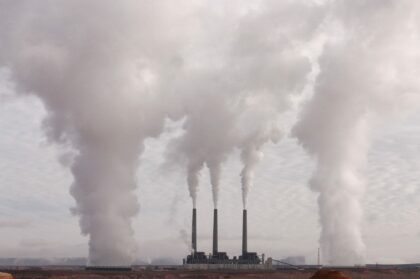 The greatest challenge of this generation is managing both environmental sustainability and a growing human population. Climate change and income inequality are making this an increasingly difficult prospect.

The Sufficiency4Sustainability Network (S4SN) is working on analyzing the intersection of these issues and the solutions that can address them.

S4SN is led by Peter Knight, a former lead economist at the World Bank. The network of researchers analyzes different policies and how they may interact with ecological and economic trends. Knight recently joined the UBI Podcast to discuss his work with S4SN.

“We’re exploring how changing values and policies might result in lower resource use by the relatively well-off, while raising the consumption of the poor to a level sufficient to meet their basic human needs on a planet with limited resources and moving toward a population of 11 billion by the end of the century,” Knight said.

The network is interested in researching Universal Basic Income (UBI), and it is included as one of the main research topics of S4SN.

“It seems to me that Universal Basic Income is right on this issue of what are the technological trends that’s going to make this important for not only economic sustainability but social, political, and ecological sustainability,” he said.

UBI is of interest to Knight because he thinks it may be an important solution to address the upcoming dramatic shifts in employment due to technology.

“I think the exponential rates of change involved in Artificial Intelligence and all those technologies that are related to Moore’s Law and their speed and cost of computation, jobs are going to be destroyed faster than they can be replaced, so UBI is a method of separating work and paid remuneration from enough to live on,” Knight said.

While Artificial Intelligence has the potential to help solve many of the problems facing humanity, Knight said, the problems it creates means that it must be coupled with a UBI.

“Exponential technologies including artificial intelligence offer potential substitutes for the limited resources, provide cleaner energy, and reduce the need for physical labor. But they also tend to concentrate income and wealth, so UBI is necessary to provide economic, social, and political sustainability,” Knight said.

For Knight, it is important to consider that the sacrifices made for environmental sustainability should not be made by the poorest among in society.

“You just can’t tell people that are starving, ‘look you’ve got to cut back your consumption. If you want their support for broader changes, you need to both change values and provide enough income to live for people who are increasingly not just manual labor, agricultural labor, industrial, but increasingly the white-collar professions are going to be displaced,” Knight said.

Leave a comment development, ecological crisis, ecology, economic crisis, sustainability
The views expressed in this Op-Ed piece are solely those of the author and do not necessarily represent the view of Basic Income News or BIEN. BIEN and Basic Income News do not endorse any particular policy, but Basic Income News welcomes discussion from all points of view in its Op-Ed section.