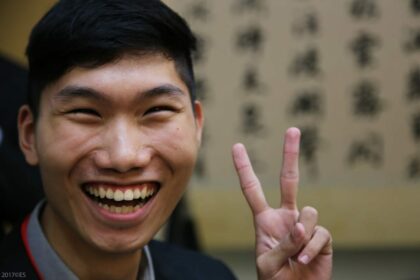 Zhang Chao and Gan Lin, high school seniors from the Chinese province of Zhejiang and founders of UBIForALL (Association for the Promotion of Universal Basic Income) recommend establishing a Universal Basic Income (UBI) city in an “undeveloped” area in China. Their prime motivation is to promote, research and develop literature on basic income, intended to be implemented within the Chinese (mainland) reality.

They wrote in August, shortly after having released UBIForALL on the 18th of July 2017: “I’m fully convinced that UBI will take its seat finally (…) so we either accept the UBI completely or suspend the process of UBI.”

The plan for these UBI cities involves buying inexpensive land, funded by governments, wealthy individuals, or unions, and possibly taxes on robots. It also suggests building infrastructure with volunteers and populating the city with UBICERS, who would be receiving the UBI and a special education in order to eliminate poverty and give a new sense of direction and purpose. Using high tech services such as driverless cars and other innovations for sustainable work, the city would avoid the inevitable crisis, when human beings, due to unemployment, are turned into members of an “useless class”.

“UBIC is a big social experiment both in psychology, economy, technology and the promotion of UBI”, Zhao and Gan conclude.

2 comments China
The views expressed in this Op-Ed piece are solely those of the author and do not necessarily represent the view of Basic Income News or BIEN. BIEN and Basic Income News do not endorse any particular policy, but Basic Income News welcomes discussion from all points of view in its Op-Ed section.