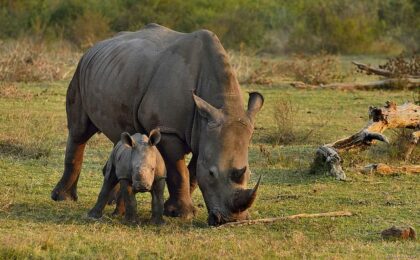 Nature Needs More, a wildlife conservation group based in Australia, is currently investigating the potential of basic income to help curb illegal hunting.

Founded in 2013 under the name Breaking The Brand, the group’s first advocacy and educational campaigns focused on curbing the demand for the products of illegal hunting, such as rhinoceros horns. As its work progressed, however, Breaking The Brand realized that its demand reduction campaigns could not be sufficient to stop illegal wildlife trade; successful wildlife conservation “needs more”. 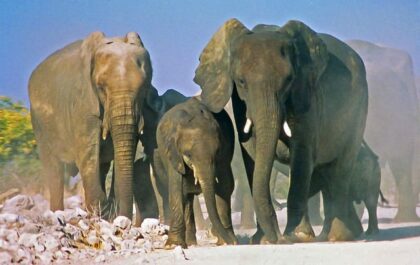 Nature Needs More is inspired in part by the Basic Income Grant Pilot Project conducted in 2008 in the Namibian town of Otjivero. Prior to the introduction of the basic income grant, the local police station commander told researchers that poaching was the most common criminal activity, stating, “Poverty and unemployment are the reasons for these criminal activities. Otjivero is a tiny place and there is no source of income there. Most people hunt or poach just for survival.” In 2007, 20 instances of illegal hunting and trespassing were recorded between January 15 and October 31. In 2008, however, after the introduction of the basic income pilot, the count fell to only one instance during the same time period.

As Nature Needs More notes on its website, current basic income experiments–such as the 12-year randomized control trial that the non-profit GiveDirectly is due to launch in rural Kenya in September–are not linked to conservation outcomes.

Thus, the organization is considering the possibility of launching its own basic income experiment within the next two years.

Describing its hypothesis, Nature Needs More states, “Financial security would not only mean less poaching for food [and] less illegal harvesting … but would [also] mean wildlife trafficking syndicates would have less leverage to recruit poachers from the impoverished communities neighbouring key conservation areas.”

The organization is also exploring whether a basic income might help conservation areas convert to ecotourism as a revenue source.

One comment Australia, conservation
The views expressed in this Op-Ed piece are solely those of the author and do not necessarily represent the view of Basic Income News or BIEN. BIEN and Basic Income News do not endorse any particular policy, but Basic Income News welcomes discussion from all points of view in its Op-Ed section.