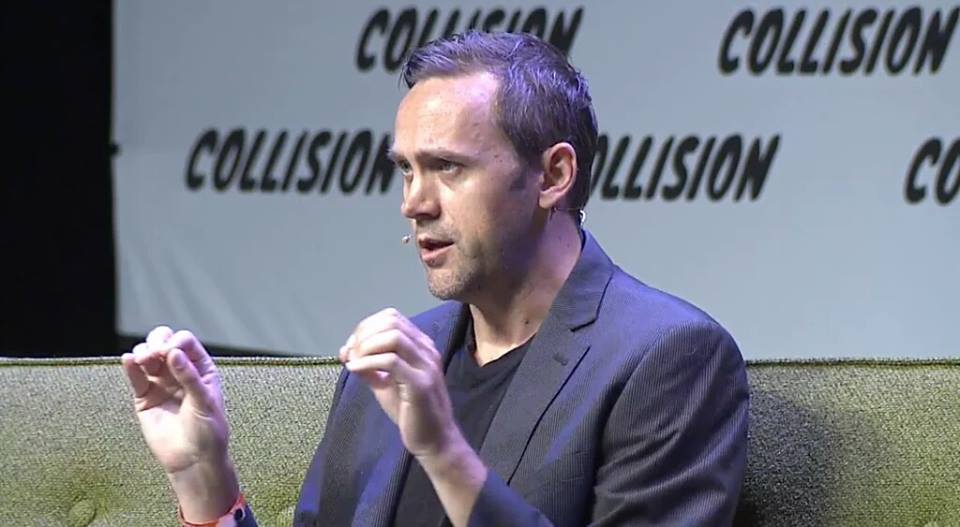 Scott Santens, writer and long time UBI advocate, speaking at the Davos World Economic Forum 2017, views the Alaska Permanent Fund as a foundational aspect for the funding for a Universal Basic Income – a UBI.  Santens, and a growing number of people all over this planet are coming to the conclusion that something like a UBI is required in order to provide an effective counterbalance to the inequality of wealth distribution that currently plagues the world’s populations and the human ramifications of automation, robotization of the workplace.

Santens points out that, in a democracy, all citizens are deemed equal under the law and the Alaskan fund offers an excellent example of how the wealth being extracted from a communities resources must first and foremost benefit the people that comprise that community. The Alaskan fund extracts a percentage of the wealth being extracted from its resources and that money is then used to fund Alaska’s social programs as well as annually depositing as much as a thousand dollars or more into the pockets of every Alaskan citizen. A sort of pay to dig policy. That Alaskan Fund is now worth some fifty billion dollars. Conversely, in a similar but more aggressive manner, some years ago Finland was adamant that its offshore oil resources must benefit all of the Finnish people.  Finland took money off the top of the oil profits and put it into what is now a trillion dollar fund that is currently benefiting everyone in Finland.

But for Santens, resource funding is only one of a nation’s assets from which a UBI can produce a revenue flow that can both enrich and empower the populations it will serve.

Santens points out that a related resource, land itself, needs to be re-evaluated.  Land is not just where we build our homes, grow our crops and where our businesses and factories operate from.  Land is where wealth is invested and from which wealth is extracted. People can hide their money and their wealth, but they can’t hide their land.  Therefore a Land-Value Tax  would provide “… an extremely progressive tax on both corporations and individuals because land is so unequally distributed towards the top.”  Instead of the value of the land being decided by the owner, the land would be valued for the wealth it represents. A vacant downtown lot would then be as valued as the next door highrise and further motivate the owner to develop the land.

Secondly, for Santens a strong, social motivator for a UBI is the ever shrinking workplace where employees are increasingly being undervalued and then victimized by the threat of automation and robotization these days. Santens provides graphic representations of how the decline of collective bargaining, worker’s rights and our wages – which not too long ago had almost balanced out income distribution – have been declining proportionate to the increase in income inequality for years now. Santens understands that a UBI is not just an income supplement whereby workers canweather technological changes in the workplace, but a means whereby we finally achieve the freedom to refuse to take work that is unsafe or underpaid and, instead, achieve an equality of empowerment when bargaining with prospective employers. An equality of needs as it were.

Thirdly, Santens offers that a “annually rising intellectual property fee could be added to any intellectual property wishing to be monopolistically excluded from the public domain, with the revenue returned to citizens universally for their co-ownership of the government granting such protection.” Santens uses the example of data miners like Google and Facebook that extract information from their hundreds of millions of users for free, and then they sell that information to third party profiteers, as the reason why that information must come with a price to the data miners. When you profit from us you pay us for the privilege.

Then there is the creation of money itself. Not that long ago only the state could create new money but corporate and financial lobbyists were able to convince many governments that the commercial banks could be trusted with this responsibility. Santens wants governments to take back this responsibility and thereby put themselves back in charge of first determining the value of the money and secondly setting the value of the money significantly above the cost of producing it so as to ensure adequate funding for that nation’s UBI.

For Santens these three pillars, resource and land value funding, worker empowered bargaining and intellectual property/data mining are all keys to diminishing and, hopefully, continuing to bring greater balance to the economic inequality we see today. But Santens cautions that none of these changes will ever occur, or if they do they will not survive the reactive response of the wealthy set. For without real, effective democratic reform none of these progressive ideas will survive for long. Santens points out that “barriers to voting must be torn down, and the franchise must be expanded” if we wish to implement such radical but much needed changes to the inequality that is plaguing this planet’s populations.