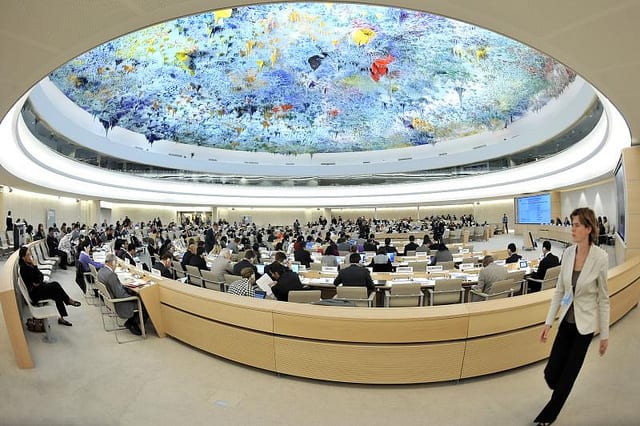 A Special Rapporteur of the United Nations will hold a panel discussion on universal basic income and the future of human rights on Thursday, June 8, 2017.

The panel will discuss a report prepared by Alston and submitted to the UN’s Human Rights Council. Alston’s report addresses the concern that “the human rights movement needs to address and respond to the fundamental changes that are taking place in economic and social structures at the national and global levels,” including precarious employment, automation, increasing inequality, and the obsolescence of traditional forms of labor market regulation.

As Alston describes the idea, a basic income “is explicitly designed to challenge most of the key assumptions underpinning existing social security systems”:

The 20-page report describes each of these characteristics of a basic income, overviews the history of the idea, and describes various types of basic income and related policies, such as a negative income tax and cash transfers. Alston also lays out some examples of the possible cost of implementing a basic income scheme.

Alston holds that “the basic income concept should not be rejected out of hand on the grounds that it is utopian” and encourages further discussion of the policy as a means to alleviate economic insecurity and promote human rights and social justice. He additionally urges that the debate on basic income be united with that on social protection floors.

The June 8 panel discussion will be broadcast live online here.

The full report on universal basic income of the Special Rapporteur on extreme poverty and human rights is available in the UN’s document repository or can be directly downloaded as a PDF here.