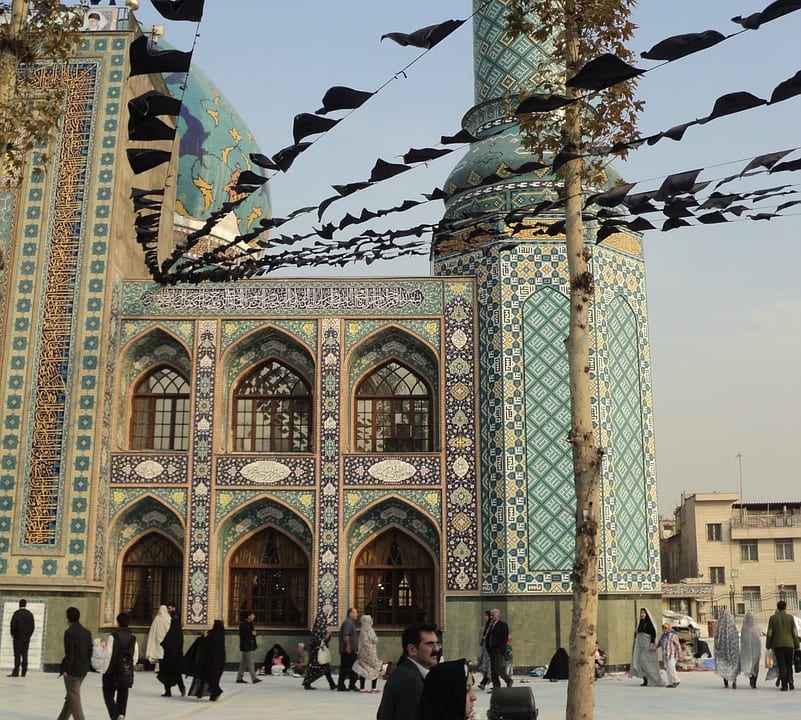 An economic study of Iran’s Basic Income, which was implemented to make it easier to phase out expensive (and ecologically destructive) fuel subsidies, shows that there have been no negative effects on employment. In the first section, I will summarize the study. In the middle, there is a list of past contributions made by Basic Income News authors. In the final section, I will make a few observations.

The unconditional grant program was launched in 2011. The monthly grant amounted to 29% of median household income, or about $1.50 extra per head of household, per day. Around 90% of Iranians are funded through this program. (Wikipedia has a good summary of the program at the time of this writing. It does not include the end of the universal cash grant program.)

Most people in Iran and in the government came to believe that the grant discourages employment. One often hears anecdotes and assertions in national and local Iranian press. The Iranian Parliament called for cuts in the program. (See Tehran Times, April 19, 2016.) After some wrangling, cash subsidies were finally ended in 2016, with funding reserved now for low-income citizens, they could possibly begin performing a criminal background check on applications for this funding in the future. Costs were cited. It is important to note half of the cuts in fuel subsidies went to business grants and other government expenses. (See Kate McFarland in Basic Income News, “Iran: Parliament Slashes Cash Subsidies to Citizens”). What is frustrating here is the fact that the program did not undermine work participation at all.

This study shows that some people in their twenties reduced work hours, often to go to school or improve their schoolwork. But this only averaged out to a matter of months (and is likely to yield medium- and long-term benefits.) Many people increased work time a little, especially in the service sector. The authors think that these businesses used the income to find more work opportunities. Empirical evidence contradicts a lot of presuppositions about the impact of an unconditional cash grant.

The study, “Cash Transfers and Labor Supply: Evidence From a Large-Scale Program in Iran“, is put out by the Economic Research Forum and was authored by the economists Djavad Salehi-Isfahani and Mohammad H. Mostafavi-Dehzooei.

Past Articles on Iran’s Basic Income

Basic Income News has repeatedly covered Iran’s Fuel Subsidy Program to make sure it is regarded as a basic income policy. Here is a list of additional articles on the subject:

Djavad Salehi-Isfahani wrote an earlier piece for the ERF. Josh Martin writes about it at Basic Income News here.

The Citizens’s Income Trust, based in Britain, wrote this opinion piece for Basic Income News here.

Hamid Tabatabai wrote an article that, very early on, points out that a country that had not been debating a basic income implemented substantial basic income grant.

These are conclusions reached by the author, Jason Burke Murphy, after reading the ERF study and the other articles on Iran’s program. I wanted to separate them because the first section of this article is meant to review an important study and past contributions by BI News authors.

(1) There was no point at which this program was embraced as a way to promote real freedom or to roll back poverty. Fuel subsidies were just unleashing such strong side effects that something needed to be done. It is amazing to know that a program that raises average income by 29% could be launched in order to solve a problem other than “lots of people would be better off with more money”. Had this been debated as a basic income guarantee, maybe things would turned out better.

(2) The idea that some people who can work might not work seems to bother people so much that the government ended a program that raises income for a majority of its people and for its least-well-off.

The idea is so powerful that the fact that people are NOT refusing to work can’t seem to overcome the fact that many people MIGHT or COULD refuse to work. There is a lot of work to be done here.

(4) The impact of this grant was likely affected by the fact that it was never been presented as permanent. It also is not large enough to sustain most people at a standard of living that Iranians find decent. This may not serve as the rock-solid proof that a sizable grant won’t affect employment.

(5) In the US, an equivalent percentage of support would be around $16,000 a year. Can we assert that the Iranian experience shows that this amount would not trigger a mass refusal to work? Hard to say. Would a small-to-medium dip in job seekers even be a problem? Probably not. Lots of places in the US have average income below $16,000. Can we really say that they would be worse off with this grant just because some of them quit their jobs?

(6) All countries should take a good look at their subsidies, especially ones that benefit the already wealthy. They should cut them and fund an unconditional dividend. We get rid of something bad and replace it with something good. We see how high the dividend would be and think about the next step.

(7) As Basic Income advocates, we need to list Iran alongside Alaska and Macau as regions with a Basic Income. This is difficult because only Alaska has described its dividend as “permanent” and only there have recipients come to believe it is dependable. In the US, it is a little unusual to say “let’s do what Iran did” but that is our fate as a truth-telling movement.