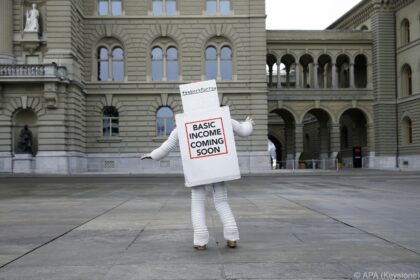 Friedrich Schneider, Professor of Economics in Linz (Austria), has presented a study on a potential Unconditional Basic Income in Austria. The study was initiated by the IWS Upper Austria (Initiative Standort Oberösterreich), an association that aims to promote Upper Austria as a base for companies. In this study, he discusses different models, based on literature studies. The models include adoptions of the proposed version in the Swiss referendum last year and one of the non-government organization Attac. Others include the basic income proposals of Götz Werner, Thomas Straubhaar and the German political parties Arbeitsgruppe 90/Grüne, CDU and Die Linke.

It is vital for Schneider, according to the Austria Press Agency (APA), on which designs and financing concepts the models are based on. Relevant distribution and incentive effects as well as the situation of the labour market are also important factors for the outcome.

In addition, Schneider proposes a field trial of an Unconditional Basic Income for Austria. According to Schneider, 1,500 people should participate in this Austria-wide field trial for several years, which should start as soon as possible. When results are available, the Austrian parliament should decide about its implementation. There should also be a public referendum on the question whether an UBI should be implemented. Schneider believes that a 2/3 majority should be required, rather than the mere 50% majority, since the idea means an “elemental interference” in everyone’s life. Furthermore, implementing a basic income would require transition regulations for the pension, for instance, and a prevention of immigration from East- and South Europe in case these countries don’t also introduce an Unconditional Basic Income.

More information at (only available in German):

Link to the study:

Summary of the study:

Follow
Leave a comment Austria, field trial
The views expressed in this Op-Ed piece are solely those of the author and do not necessarily represent the view of Basic Income News or BIEN. BIEN and Basic Income News do not endorse any particular policy, but Basic Income News welcomes discussion from all points of view in its Op-Ed section.