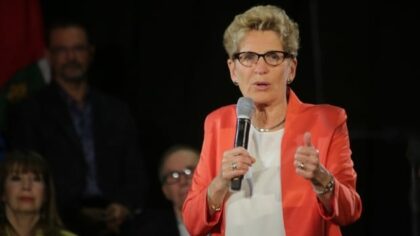 Three communities across Ontario have been selected for the Province’s guaranteed minimum income pilot. Ontario will be rolling out a three-year study in late spring and fall 2017. Premier Kathleen Wynne made the announcement with details of the project in Hamilton on April 24th.

The stated goal of the pilot on the official website of the Ontario Government is to ”test whether a basic income can better support vulnerable workers, improve health and education outcomes for people on low incomes, and help ensure that everyone shares in Ontario’s economic growth.”

The mayors of each community – Lindsay, Thunder Bay, and Brantford/Hamilton/Brant County, expressed hopeful to positive reactions at the announcement that their cities had been chosen to pilot in the project. 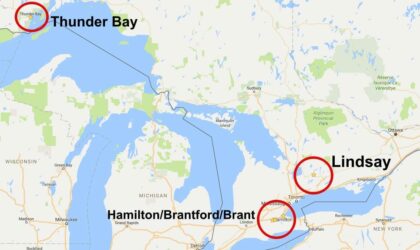 Kawartha Lakes Mayor Andy Letham, which is home to the community of Lindsay, describes precarious work as a cause for concern in his community and admits that the status quo of society isn’t functioning well. “The cost of poverty on people’s mental health is real,” said Letham. “So how to we break these cycles?” Lindsay will host 2,000 of the total 4,000 participants.

Thunder Bay Mayor Keith Hobbs, a 34-year veteran of the local police force, described his experience with some members of the community: “I saw the same people all the time, like a revolving door.” Hobbs expressed excitement at the possibility of this project positively impacting the lives of those he had consistently interacted with. Workers and citizens of Thunder Bay have had to reinvent themselves as the region transitioned from industries like pulp and paper to health research institutes, law, and genomics. 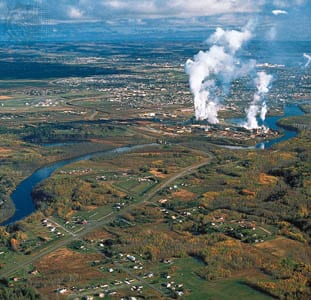 Brantford Mayor Chris Friel expressed excitement to take part in a project that will reduce poverty and improve health and educational outcomes. Ron Eddy, the Mayor of Brant Country, stated that he looks forward to observing the results of the project. “The only way you’ll know the outcome is to try it out. So, let’s see what happens,” Mayor Eddy said.

Details on the Pilot

The basic income pilot will randomly select 4,000 individuals between ages 18 to 64 that meet certain criteria, and provide them with a minimum income despite their employment status. The plan will target populations who are in precarious work positions, those already on social assistance, and the homeless. The program will, however, target mostly the “working poor” according to Ontario’s Minister of Community and Social Services Helena Jaczek. Those receiving a minimum income will be compared to a control group, which will not receive payments. The project will look for outcomes using metrics like food security, health and health care usage, education and training, and labor market participation among others.

Recipients of the guaranteed minimum income will receive:

In addition to this, recipients will continue to receive other provincial and child benefit payments.

With this version of a guaranteed minimum income, a person earning $12,000 a year would still receive a basic income of $10,989 (subtract $6,000, or half their earnings, from the base amount of $16,989) and therefore receive a total of $22,989. A recipient’s net income will still increase, with the minimum income still active, as earnings from work increase up until around a wage of $34,000, where the payments would disappear. The total cost of the project is expected at $50 million per year.

Hugh Segal, a former senator who was consulted for the project, noted in Manitoba’s “Mincome” experiment in the 1970’s that the community saw improvements in health with no drop in employment, and that the potential exists for the government to save money if it replaced the traditional social assistance programs like Ontario Works with a basic income. The Provincial government is also in the early stages of planning a fourth basic income pilot for the First Nations community.

One comment Canada, ontario, Pilot projects
The views expressed in this Op-Ed piece are solely those of the author and do not necessarily represent the view of Basic Income News or BIEN. BIEN and Basic Income News do not endorse any particular policy, but Basic Income News welcomes discussion from all points of view in its Op-Ed section.