The Netherlands: Largest trade union makes an important step towards a basic income 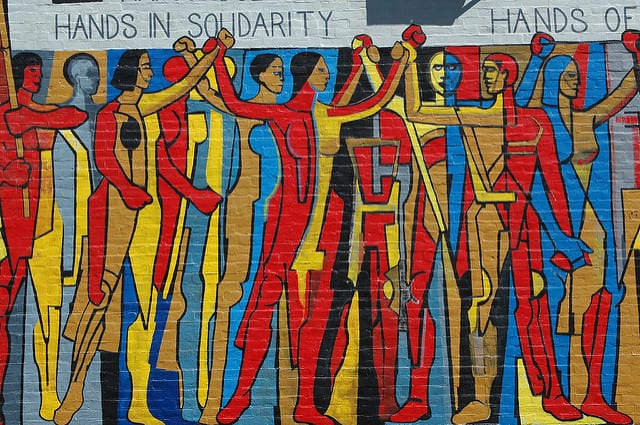 The largest trade union in The Netherlands with over one million members, FNV (Federatie Nederlandse Vakbeweging / Federation of Dutch Trade Unions), held a conference on May 10-11 at Sport Business Centre Papendal to discuss its policy plan for the years 2017-2021.
The policy is based on the experiences, opinions and observations of the members, non-members and experts of the organization. During a comprehensive consultation phase, each member had the opportunity to identify the most important topics which should be included in FNV’s conceptual policy plan for 2017-2021. A preliminary summary of the most important subjects was published in a separate draft resolution that was discussed by the Congress of the FNV on May 10. Despite several attempts to amend the draft resolution, the board of the FNV turned down all the proposals that went beyond the statement that “The FNV will investigate a basic income in the coming period and will start a discussion about it.”

However, on the 11th of May, during debates with members of FNV’s parliament and especially with the sector beneficiaries therein, this announcement was replaced by a more powerful and far-reaching text stating that

The basic income is an interesting option, especially in the way it is formulated by FNV Sector Beneficiaries. The FNV therefore proposes to start investigations and experiments in a practice-oriented manner based on the recommendations of FNV Sector Beneficiaries. As a result of this, FNV will decide whether a basic income can become one of the instruments that can equally share work, income and capital.

A ‘basic income’ as formulated by FNV Sector Beneficiaries is

“Due to the hard work and non-stop pressure of the section of welfare recipients among FNV’s members, they now have negotiated a much better outlook for the introduction of a real basic income in the long run,” says Johan Horeman, “A huge step is set in the right direction.”

The adoption of the amendment was made possible by the driving forces Willem Banning and Harrie Ortmans, board members of FNV Sector Beneficiaries and Johan Horeman, advisor of the board.

Thanks to Ad Planken and Dave Clegg for reviewing this article.