Amartya Sen: India not ready for a basic income 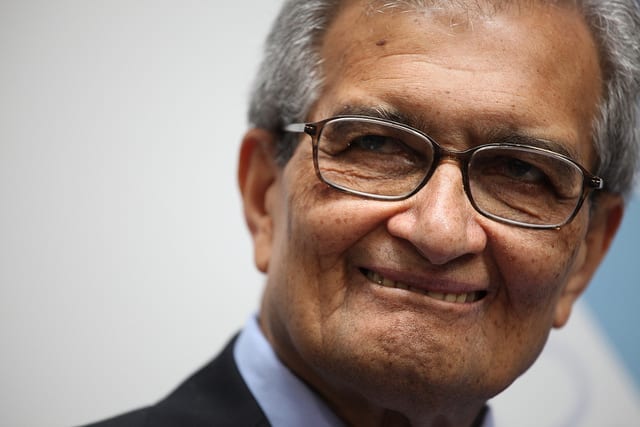 The distinguished economist and philosopher Amartya Sen, recipient of the 1998 Nobel Prize in Economics, spoke about basic income during an interview on the Indian television channel New Delhi Television (NDTV).

Asked whether India should consider a universal basic income (UBI) as discussed in the country’s recently released 2017 Economic Survey (see chapter 9), Sen replied with several criticisms of the idea. First, he rejected Chief Economic Adviser Arvind Subramanian’s invocation of Mahatma Gandhi in the Economic Survey chapter on UBI, calling for more “humility” in interpreting Gandhi. Sen proceeded to argue that UBI is not the best way to address poverty in India, where funding for health care, education, and other public services is deficient. He claimed that it is not enough to “give people cash and go away” and that it would be an “abdication of responsibility” if the government were to provide people with money rather than providing better public services.

However, Sen went on to claim the there would be a case for basic income if India had “reached the level of prosperity that Europe has.” If that were so, he said, “I think basic income would be a good thing to have,” then adding, “I don’t think we are there at all.”