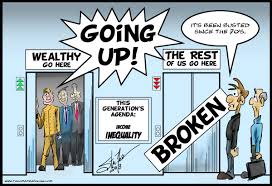 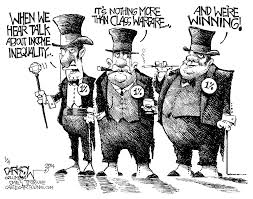 The 2017 publication Europe’s New Social Reality: the Case Against Universal Basic Income by Sage and Diamond – which can be downloaded from Policy Network online – cites an earlier 2015 Policy Network report which was most concerned about a “growing social, economic and political divergence” developing between the EU nations.  In particular, the 2015 report suggested that slow economic growth and the increasing inequality of wealth were causing significant strain on EU governments and even the fabric of democracy itself.  Sadly, their latest 2017 report indicates that little has changed.

The 2017 book focuses on the left, right and especially center posturing of the EU’s various political parties regarding economic inequality, but offers nothing tangible to reduce the tensions and differences between these competing interests.  Instead the book seems to want to emphasis political divisions by singling out the ‘center left’ of the EU’s political spectrum as the principle promoter of a Universal Basic Income (UBI).

However, the reality is that a UBI is not the property of any one political group.  In fact, the idea of subsidizing the needs of the citizenry appears to have developed during the Renaissance era as a more effective means of dealing with poverty than executing the poor who were often simply attempting to gain enough sustenance to survive.  Over the succeeding 600 years the idea has come and gone in various nations and under a variety of political ideologies.

Most recently a BI has been considered by Republicans on ‘the right’ in the U.S., Canada’s Liberals ‘on the left’ and various centralist parties in the EU.  The BIEN link History of Basic Income is a valuable read in this regard.

Sage and Diamond’s book provides the reader with all kinds of graphs, explanations and theories to  support the long held belief that politicians and bureaucrats know what’s best for the economy and, by inference, what is best for the citizenry as well.    If they just ‘tinker a bit with this and adjust that’ everything will be fine.  So they scrap  ‘old policies’ and implement ‘new policies’ and we all wait to see some change.  Of course this is exactly the same sort of tired old pedantic rhetoric that surfaces every time a UBI discussion has appeared on the horizon over the last 600 years.

Yet despite the centuries of debate, the endless fiddling and tinkering with social programs and the never-ending promises that ‘new programs and policies’ are all that is needed, the fundamental problem of economic inequality has not only not been resolved, but it is worse now than it ever was.  This, in a time when the world is awash in wealth counted in the trillions.  Yet with a mere 7 billion people depending on that wealth, half the world’s human population is now destitute and desperate when just a single century ago there seemed to be abundance everywhere.

Sadly the Sage and Diamond book seems to be just another example of the hubris that ‘those in authority’ know what is best for the rest of us.  Many UBI critics are stuck on the idea that a UBI is about ‘welfare and poverty’ or about ‘unemployment’ in a rapidly evolving workplace.  But those are only the most obvious victims of economic inequality.  The real concern is about the economic survival of whole populations and is immediate.  It cannot wait for more paternalistic tinkering and adjusting.

Sage and Diamond’s book offers nothing new – with the possible exception of their graphs and charts – while the problems remain largely the same and a major contributor to those problems is still economic inequality.  This book is simply representative of the anachronistic anchor that is holding progress back while ignoring the potential offered by a population freed from the specter of destitution and homelessness by the implementation of a UBI.  Instead, Sage and Diamond offer yet another paternalistic response.  A response that is akin to wearing a different suit of solutions while hanging onto the same faded, tattered and smelly underwear of paternalistic policies.