Basic income pilot in Kenya to receive up to $493,000 from eBay founder’s firm 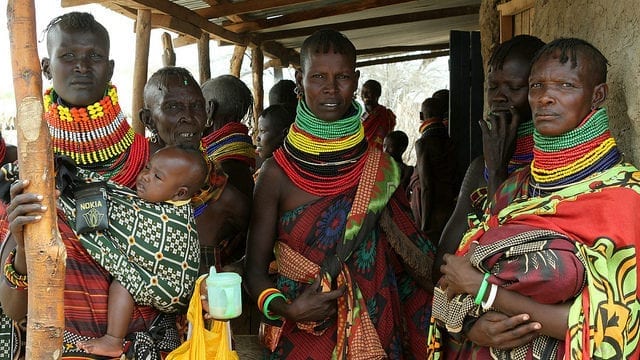 Omidyar Network, a “philanthropic investment firm” created by eBay founded Pierre Omidyar, announced on February 7 that it will donate up to $493,000 to the New York based charity organization GiveDirectly. The funds will be used to support GiveDirectly’s major basic income experiment in Kenya.

In the largest and longest-running basic income trial to date, GiveDirectly will provide unconditional cash transfers to the residents of 200 villages in rural Kenya (about 26,000 people in total). The residents of 40 of these villages (about 6,000 people) will receive monthly payments for 12 years. At about $0.75 per day, the amount of the basic income is roughly half of the average income in rural Kenya.

With the grant from the Omidyar Network, GiveDirectly is now just over $6 million shy of fully funding the full $30 million experiment, Communications Associate Max Chapnick tells Basic Income News. Chapnick says, “Since we announced our basic income experiment back in April we’ve seen an outpouring of support from thousands of donors across the world. We’re grateful for the latest grant from the Omidyar Network, whose substantial support will help poor families meet daily needs, while providing valuable data on basic income.”

Mike Kubzansky and Tracy Williams of the Omidyar Network explain the firm’s decision to donate in a blog post titled “Why We Invested: GiveDirectly.”

Citing a recent literature review of 15 years of research on direct cash transfers (“Cash transfers: what does the evidence say?”), Kubzansky and Williams extol the benefits of cash transfer programs in “alleviating poverty and empowering people”:

“[C]ash transfer programs can potentially help to address bigger issues facing our society, such as rising income volatility, lack of secure benefits, social instability, and the changing nature of work. Concerns around these themes have recently sparked growing attention to a particular form of cash transfer: the idea of universal basic income (UBI)—a transfer that would be regular, long-term, a meaningful amount, and available to everyone.”

Kubzansky and Williams also discuss the threat of automation and the rise of the “gig economy” as forces driving interest in UBI. They go on to note, however, that “no study to date has been conducted with sufficient size, rigor, timescale, or universality to truly test the impact of a full-fledged UBI program.”

It’s to help counter this latter deficit, the authors explain, that Omidyar Network has chosen to invest in GiveDirectly’s experiment — which they applaud for its scope, ambition, and rigor.

“Partnering with top economists (reviewed by their institutional review boards) at Princeton and MIT, GiveDirectly is ensuring the experiment is carried out with scientific rigor and responsibly, generating evidence to help answer critical questions on the impact of UBI.”

Kubzansky and Williams refrain from an all-out endorsement of UBI. Instead, they adopt a more cautious“wait and see” approach, stating, “While we don’t know what the right answer will be, or whether UBI will prove useful or feasible, this is an important first step on generating data, so that policymakers can make informed decisions.”

At the same time, though, the philanthropists are clearly willing to invest in empirical studies of its feasibility — even beyond the $493,000 donation to GiveDirectly. In concluding their blog post, Kubzansky and Williams state:

“GiveDirectly’s pilot in Kenya is geographically-specific and focuses more on the issues around poverty alleviation than questions about jobs displaced by technological change. As such, Omidyar Network will look to support additional studies on UBI to diversify the growing body of research across markets, conditions, and formats.”