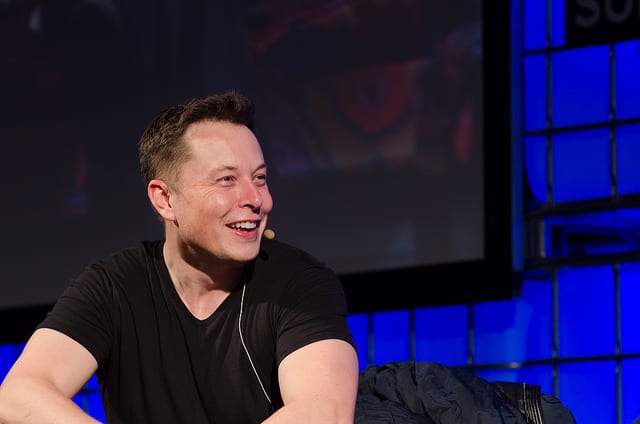 Elon Musk — the famed entrepreneur behind Tesla Motors and SpaceX, who now sits on a panel of economic advisors to President Donald Trump — was a featured speaker at the World Government Summit, held February 12 through 14 in Dubai.

In a dialogue with UAE Minister Mohammad Al Gergawi, Musk reaffirmed his belief (first expressed in a CNBC interview) that “some kind of universal basic income is going to be necessary” to cope with unemployment due to automation of labor.

Musk’s attitude was not entirely optimistic, however. He noted that technological unemployment, and the resultant need for UBI, is something he thinks will happen as a matter of fact — not something he wishes will happen — and he expressed concern that many people might lack “meaning” in a world with mass technology-driven unemployment.

As quoted in Fast Company News, Musk said, in full:

There will be fewer and fewer jobs that a robot cannot do better. I want to be clear. These are not things I wish will happen; these are things I think probably will happen. And if my assessment is correct and they probably will happen, than we have to think about what are we going to do about it? I think some kind of universal basic income is going to be necessary. The output of goods and services will be extremely high. With automation there will come abundance. Almost everything will get very cheap. I think we’ll end up doing universal basic income. It’s going to be necessary. The much harder challenge is, how are people going to have meaning? A lot of people derive their meaning from their employment. So if there’s no need for your labor, what’s your meaning? Do you feel useless? That’s a much harder problem to deal with.

Elizabeth Rhodes, director of Y Combinator’s basic income research project (currently conducting a pilot study in Oakland), attended the World Government Summit as part of a panel on the “legacy of the 21st century” — which also examined the societal impact of automation.