What Is Poverty, Exactly? 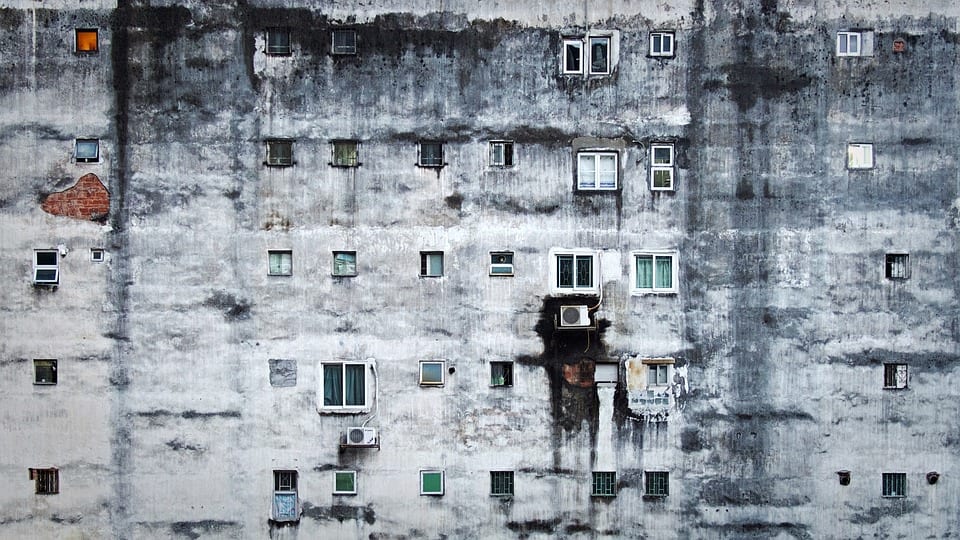 Basic Income, it is argued, provides an effective and efficient means of conquering poverty. What, exactly, is the problem that we are trying to solve? Mention poverty to someone and they are likely to immediately think of the Third World. Bringing the focus back to poverty in developed countries is fraught with preconceptions. People have predispositions to think about issues in certain ways. They share these predispositions with all other members of society regardless of specific opinions on social questions. Various models are utilized rather than others based upon how we frame the issue.[1] And so we feel that we have an intuitive grasp of the subject.

Courts will accept eyewitness testimony that someone was drunk. The witness is not an expert. No Breathalyzer test was done; no blood sample taken. It is considered common knowledge. The same can be argued for poverty. Broad definitions of poverty exist, such as: “the condition of a human being who is deprived of the resources, means, choices and power necessary to acquire and maintain economic self-sufficiency or to facilitate integration and participation in society.”[2] “In 1958, John Kenneth Galbraith argued, ‘People are poverty-stricken when their income, even if adequate for survival, falls markedly behind that of their community.’”[3]

The problem is translating this qualitative information into numbers so that policies can be implemented and progress tracked.

Some people accept that poverty is undefinable because it is a personal experience. This complexity is highlighted in the expression ‘poverty and social exclusion.’ A concept that you can’t define is difficult to measure. We may be evaluating actions taken to reduce poverty by a method which measures something completely different. Just counting the poor turns out to be a daunting task.

Many approaches are taken to arrive at a threshold value that defines poverty. I will present examples from Canada, Europe in general, the United States and the United Kingdom. Debates surrounding the various metrics are discussed as they come up. Some work incomes and welfare benefit numbers provide context.

This last metric developed in the late 1990s by Human Resource and Skill Development Canada is different from the other two, introduced by Statistics Canada. The first two statistics are unambiguously relative. Strictly speaking they measure income inequality. While the Conference Board of Canada does not hesitate to refer to the MBM as absolute[11], the specialist I spoke to at Statistics Canada was not so sure.[12] However, he felt that the basic-needs poverty line (BNPL) proposed by Professor Chris Sarlo of the Fraser Institute might qualify as absolute. Sarlo himself nuances this view:

This basic-needs approach to poverty is often referred to as an ‘absolute’ measure. This label is misleading insofar as it suggests that the list can never change and is therefore completely out of place in our rapidly changing society. While the basic needs line does propose a broad list of necessities that remains in place over time, the nature, standard of quality, and the quantity of each of the components will vary across societies and will vary over time in a given society. In other words, the basic-needs approach is partly absolute (the list is limited to items required for long-term physical well-being) and partly relative, reflecting the standards that apply in the individual’s own society at the present time.[13]

Stepping back a bit, you can often use absolute poverty as a synonym for extreme poverty, a term applicable to deprivation in very poor countries. Even so, relative elements remain: you can’t compare the situation of someone with no heating in the Arctic to that of someone with no heating in the Tropics. Moreover, Sarlo’s BNPL is approximately 30% lower than the MBM using a similar approach. Clearly, relative and absolute measures overlap and both involve a degree of judgment and arbitrariness.

There are many other variations on these themes. I will cover just a few.

In Europe, they use a measure called the at-risk-of-poverty threshold to define poverty. It represents a ‘percentage of the median or mean value of the Equivalised disposable Income after social transfers.’[14] ‘A threshold of 60% is the most commonly used.’[15] EU countries simply referred to the 60% level as ‘generally accepted.’ [16] Tables sometimes show statistics calculated at 40%, 50%, 60% and 70%, without comment.

The official United States poverty threshold has a fascinating history.[17] Based on the work the Social Security Administration economist Mollie Orshansky, it is often referred to as absolute. However its creator labelled it ‘arbitrary but not unreasonable.’[18] As early as 1959, Orshansky was aware of the pitfalls and limitations of the standard budget (usually called market basket today) approach to defining poverty. At the time, and even today, only with food, because of its nutritional value, can we reach some consensus about what minimal requirements are. Orshansky used the two lowest budgets devised by the Department of Agriculture: the low-cost food plan and the even less expensive economy plan. For the non-food portion, she used Engel’s Law (named for the statistician Ernst Engel not Marx’s collaborator Friedrich Engels), a normative principle establishing that a family spends one third of its total income on food. Using a multiplier of three for food costs under both plans, with adjustments for childless couples and single people, 124 thresholds were developed for farm and non-farm families of various compositions. With a few minor modifications and yearly inflation updates, this measure, based on the economy plan, is still in use today to count the poor in the United States.

A novel variant of the market basket approach, the Minimum Income Standard for the United Kingdom (MIS) is maintained by the Centre for Research in Social Policy at Loughborough University in Leicestershire, UK. [19]

MIS is based on detailed research with groups of members of the public specifying what items need to be included in a minimum household budget. The groups are informed by expert knowledge where needed, for example on nutritional standards. The results show how much households need in a weekly budget and how much they need to earn in order to achieve this disposable income.’ [20]

MIS is not an absolute measure like the US poverty line nor is it entirely relative.[21] ‘MIS also seeks to ensure that minimum income is looked at in the context of contemporary society, but does so in an evidenced way.’[22] Rather than make assumptions about societal standards, public input is used. Also, the UK’s Joseph Rowntree Foundation, which created the MIS, does not consider it to be a measure of poverty[23] and uses the 60% of mean measure in reports it publishes such as Monitoring poverty and social exclusion 2016.

To understand how different the figures are and to visualize the impact they have on the number of poor that are counted, I have converted all the metrics discussed into dollar amounts, in the table below. I make no claim that these numbers are comparable, only that they are reasonably accurate and up-to-date. The last three numbers are actual welfare payments rather than poverty statistics. They are strikingly lower than the rest and this fact does not speak for itself. It does, however, tell a story, if I may digress. The usual reaction when seeing these numbers is: how can someone live on such little income? I would ask: how does one get out of poverty under such straitened conditions? 5 In Quebec, a welfare recipient is allowed to earn $200 per month without penalty. Over that amount, for every extra dollar made their benefits are cut by a dollar (a 100% marginal tax rate). In France, every Euro earned is deducted. This is what is known as the poverty trap. The system is structured so as to remove any incentive to get out of poverty.[24] When governments set payment schedules so far below poverty lines and also discourage the poor from improving their situation, what message does that send?[25] And in case you were thinking that the answer is ‘Get back to work’, item 11 shows what those who cannot work receive about 50% more, still nowhere near any threshold, except Sarlo’s BNPL (item 4), which has been ‘criticized as being too stringent and even “mean-spirited”.’13 More on that later.

Items 8 and 9 are incomes for a 40-hour workweek. These numbers indicate that poverty is not an issue confined to the unemployed. For example, in 2014, ‘Walmart’s low-wage workers cost US taxpayers an estimated $6.2 billion in public assistance including food stamps, Medicaid and subsidized housing.’[26]

As mentioned previously, the most striking pattern in the table is how the last three entries are low, compared to the rest. The others cluster together with the notable exception of item 4 (Sarlo’s Basic-Needs Poverty Line) and Item 10 (the US poverty threshold). Both of these statistics tend towards absolute measures, which are meant to focus on deprivation rather than income inequality. Which measure is appropriate in a developed country? If all you have achieved is to avoid destitution, are you no longer living in poverty? Not if integration and participation in society is beyond your reach. This is why relative measures of poverty are deemed more appropriate choices, especially in developed countries: they account for social inclusion.

I have tried to frame the question of poverty in such a way as to provide a better understanding of the numbers that inevitably come to define it at some point. Many judgments and choices are involved in calculating these numbers. Agreeing on a number requires social consensus. Unfortunately, focusing on the numbers is not conducive to building such a consensus and is even counterproductive, in that it immediately evokes highly emotional questions of cost and fairness. The whole debate sidesteps issues of social exclusion and lack of opportunities, to which people can better identify in their own lives.

Getting back to the original question, we need a definition of poverty to implement Basic Income. However, labeling it with a threshold number is both necessary and self-defeating. It is not possible to implement Basic Income without pinning down the benefit and cost numbers, yet focusing on these numbers distracts from the positive principles that would muster support for them. Framing the question of what poverty is in such a way that principles are explored before we formulate a numerical definition is more important than the number itself. This reframing is thus a prerequisite to Basic Income.

Author biography: Pierre Madden is a zealous dilettante based in Montreal. He has been a linguist, a chemist, a purchasing coordinator, a production planner and a lawyer. His interest in Basic Income, he says, is personal. He sure could use it now!

[17]           All of the information in this paragraph and much more, as well as a wealth of references to primary sources can be                 found in Gordon M. Fisher, The Development of the Orshansky Poverty Thresholds and Their Subsequent History    as the Official US Poverty Measure, May 1992—partially revised September 1997

[25]         There is no question that low welfare payments are a political choice. In 1969, when Quebec introduced its first welfare legislation, benefits for people under 30 were set at 70% of the amount provided to everyone else. Accounting for inflation, this still represents more than what someone unfit for work receives today.