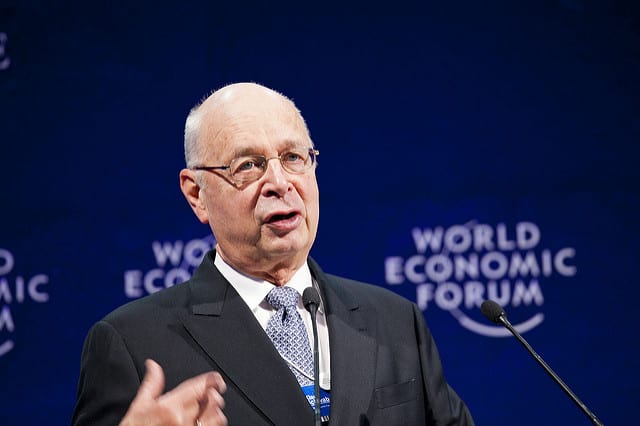 Economist Klaus Schwab, founder and executive chairman of the World Economic Forum, expressed optimism about unconditional basic income (bedingungsloses Grundeinkommen) in an interview with Hamburger Abendblatt, a daily newspaper in Hamburg, Germany. Schwab called the idea “basically plausibly” and predicted that discussion about it would develop over the next decade.

The Hamburger Abendblatt interview covered a range of topics related to globalization and digitalization. At one point, the reporters asked Schwab about his assessment of US President Donald Trump’s contention that he will bring back jobs from Asia and Mexico. In reply, Schwab pointed out that some industry might return to the US in the form of “digitized factories”.

Schwab then broached the idea of unconditional basic income in response to a follow-up question about the future of work: if industry is becoming digitized, what should be done for “those for whom there is no longer any work”?

In Switzerland, there was recently a referendum about the unconditional basic income. At least 23% of the citizens voted for it. Even I assent the idea for a basic income is basically plausible. Furthermore, I believe in 10 years the discussion about it will be far more ahead than now.

In response to a question about the effect of a basic income on attitudes toward work, Schwab asserts that a basic income could be seen as recognition for certain types of work, such as care work, that are important to society but currently paid relatively low wages:

I deny that people would then put their hands in their lap and sit lazily at home. A nurse in Germany with 2000 euros gross pay might today feel worn out. If, however, she were to receive a basic income, she might see it as recognition, and she would have a different basic attitude towards her work. In the future, if jobs are swept away due to digitalization, we need on the other hand a humanization of society. Industrial jobs will be gone, but there will be more social work to be done, like medical and health care.

The World Economic Forum is best known for its annual meeting in Davos, Switzerland. Held each year in January, the Davos meeting brings together approximately 2,500 invited guests, comprising top business executives, political leaders, and distinguished academics, for a series of panels and discussions of pressing global economic, political, and social issues.

The Davos meeting itself has already proven receptive to discussions of basic income. This year, the event will include a panel on basic income, featuring BIEN cofounder Guy Standing. Last year, the event held a forum on a “world without work”, in which Nobel laureate Sir Christopher Pissarides expressed support for a basic income guarantee, and was the site of the dancing “robots for basic income”.

Full interview with Schwab (in German):