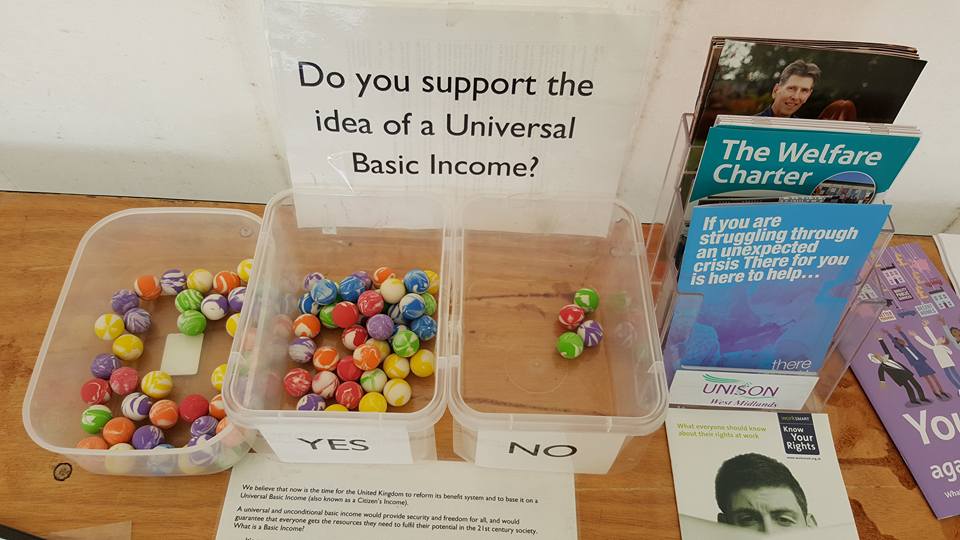 The trade union UNISON has called on West Midlands mayoral candidates to commit to running a basic income pilot in the region.

UNISON, a major public service employee union, has released a 20-point manifesto, calling on candidates in the West Midlands Combined Authority (WMCA) mayoral election to declare which of the 20 “asks” they would implement if elected.

The election, which is to take place on May 4, 2017, will decide the first mayor of England’s West Midlands region. The WMCA was established to the govern the seven-authority area in June 2016.

One of the points of UNISON’s manifesto, which has been published in full on the West Midlands political blog The Chamberlain Files, is a demand for a “micro-pilot” of universal basic income (no further details of the pilot have been specified):

WMCA to run a micro-pilot on the use of a Universal Basic Income (UBI). A UBI could have many benefits including helping the long-term unemployed get back into work via part-time work and providing a basic income that would allow people to undertake entrepreneurial activities.

Unemployment is a pressing concern in the West Midlands. A new report from the Resolution Foundation, a nonpartisan think tank, reveals that WMCA has an employment rate of 64.5%, as compared to an overall employment rate of 71.6% within UK city regions other than WMCA.

The UNISON manifesto also calls for a range of improvements in education, transportation, housing and development, and government accountability in the WMCA.

UNISON has approximately 1.3 million members across the UK. It has over 120,000 members in the West Midlands, making it the largest union in the region. Members in the region comprise employees in eight main types of work: local government, health care, education services, water, energy, community, police and justice, and private contractors.