SPAIN: Podemos determined to push for basic income in the Spanish Andalucia region 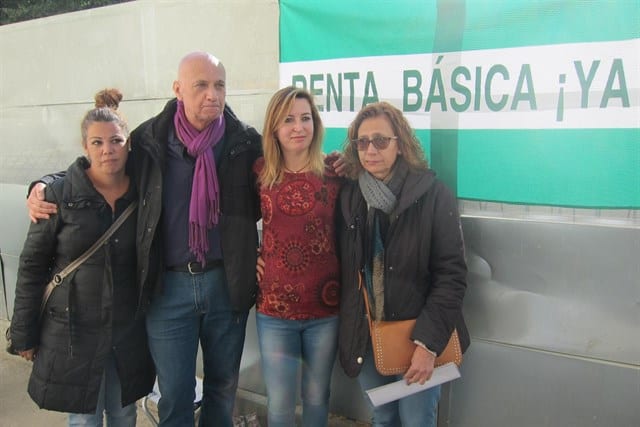 Carmén Lizárraga, economy and property representative of the political party Podemos in Andalucia (southern Spain), declared in November that Podemos will present an initiative to the regional parliament demanding a basic income. Lizárraga made the declaration at a short press conference which she shared with a basic income activist named Francisco Vega, who had been on hunger strike at the regional government office’s front door in Málaga.

As both Lizárraga and Vega declare, the Andalucia government statute includes, in its 23rd article, the right to “a basic income which guarantees dignified living conditions”. Their first motive is, therefore, to hold elected officials to this promise enshrined in the regional constitution.

According to Lizárraga, Andalucian society is experiencing a social emergency, with persistently high levels of inequality and poverty that have both been rising in recent years. She also mentions that basic income has the potential to raise regional economic output, as people’s average incomes rise, and strengthen workers’ bargaining powers, thereby improving employment conditions.