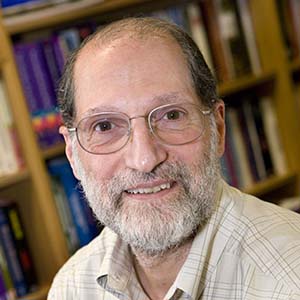 My colleague Professor Vicki Lens recommended that I check out the US Basic Income Guarantee (USBIG) Network which was planning its first annual Congress for March 8-9, 2002 in New York City. Professor Lens was familiar with much of my scholarship on low-income families and economic well-being and thought my interests overlapped with the likes of Stony Brook School of Social Welfare Professor Michael Lewis (who coauthored Economics for Social Workers with Professor Karl Widerquist, the Congress organizer and one of the USBIG Network’s founders), among others. 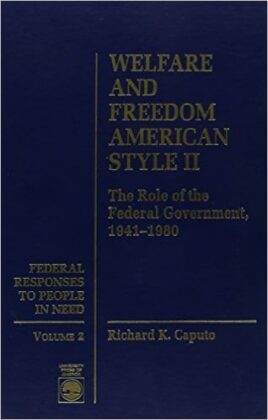 I submitted an abstract based on the research I had done about the Nixon administration’s Family Assistance Plan while writing Welfare and Freedom American Style II. My abstract, “FAP Flops: Lessons Learned from the Failure to Pass the Family Assistance Plan in 1970 and 1972,” was accepted. I presented the full paper on Friday, March 8th, though somewhat intimidated by such knowledgeable notables as Sociologist Professor Fred Block and independent scholar Allan Sheahen (author of Guaranteed Income: The Right to Economic Security), among others. Thus began what turned out to be my ongoing associations with the USBIG Network and BIEN.

Though intrigued by my participation in First Congress of USBIG, I was not taken in by the idea of an unconditional basic income (UBI) guarantee whole cloth. It did not square well with my sense of social justice, nor with my concerns about poverty reduction, though it did address what I saw as the diminished value of wage-based labor in an increasingly global economy and seemed compatible with the social work value of self-determination. As I learned more about the idea and its implications, I was quite taken by what seemed to be the sharp contrast about capitalism and about freedom. At the time, in late 2003 and early 2004, I had been working on an essay, “The ethics of poverty,” for Salem Press, while also thinking about a paper for presentation at the USBIG conference that was to take place February 22-22 in Washington, DC.

I had asked the USBIG primary coordinator at the time, Karl Widerquist, if he knew of any related secular literature dealing with the ethics of poverty. He directed me to the works of Philip Van Parijs (Real Freedom For All: What If Anything Can Justify Capitalism?), one of the two contemporary UBI intellectual heavyweights, the other being Guy Standing (Beyond the New Paternalism: Basic Security as Equality). In my reading of their works, Professors Van Parijs and Standing went head to head about the relationship between capitalism and UBI. For Professor Van Parijs the productive, wealth-generating capacity of capitalism made the UBI possible, enhancing the prospect of each person’s freedom, whereas for Professor Standing capitalism made UBI necessary because of its capacity to eviscerate labor, portending human misery and social unrest. Capitalism as a force for individual and social good vs. capitalism as a force for adverse individual and social consequences made for an interesting mix of scholars and activists who participated in BIEN and USBIG Congresses.

Professors Van Parijs and Widerquist also seemed to be at odds about the idea of freedom. Professor Widerquist, who asked me to comment on an early version of what became his 2006 dissertation from Oxford University (“Property and the Power to Say No: A Freedom-Based Argument for Basic Income”) and the basis of his book Independence, Propertylessness, and Basic Income, dichotomized freedom as a status attribute of personhood, one either had it or did not, implying that a UBI would have to be at a level sufficiently high to enable anyone to reject a job offer s/he deemed unsuitable for any reason while living reasonably well financially. Professor Van Parjis’ idea of freedom was more like a gradient, one had varying degrees of it, enabling him to view any UBI level as an acceptable alternative to not having a UBI at all. I took issue with both, thinking status freedom too narrow if based only on one’s economic circumstances, and a gradient insufficient if the level of UBI had little or no significant impact on the lives of poor individuals and families.

Finally, while drafting the ethics of poverty essay and thinking about a paper for the 2004 USBIG Congress, I also noticed an announcement for the former Yeshiva University Political Scientist Professor Ross Zucker’s Democratic Distributive Justice (2000), which also had a proposal for a guaranteed income. Professor Zucker’s justification for UBI differed from Professor Van Parijs, focusing less on freedom and more on the consumption aspects of making more money available to everyone as consumers.

What I initially learned from my reading of UBI related materials resulted in three articles: (1) “Redistributive Schemes That Skirt Poverty: Reconsidering Social Justice in Light of Van Parijs and Zucker,” published in the Journal of Poverty (2005); (2) “The Unconditional Basic Income Guarantee: Attempts to Eclipse the Welfare State,” published in International Social Work (2008); and (3) “Standing Polanyi on His Head: The Basic Income Guarantee as a Response to the Commodification of Labor,” published in Race, Gender & Class (2008). These articles formed the basis of presentations as several BIEN and related conferences.

While participating in these conferences and meeting international scholars with varying viewpoints and insights about the merits of UBI schemes, I also got the idea for a book documenting how related proposals were faring politically across the globe. With support from Philippe Van Parijs, Yannick Vanderborght, Jurgen De Wispelaere, Michael Lewis, and Eri Noguchi, I applied for and was awarded an $8,000 Summer Research Fellowship from the Rabbi Arthur Schneier Center for International Affairs at Yeshiva University in May 2006, based on the proposal, “Achieving a Basic Income Guarantee: Efforts-to-Date Around the World.” Essentially, I classified the countries I examined into two groups, those, which for all practical purposes rejected UBI schemes (South Africa, Belgium, Germany, the Netherlands, Spain, Columbia) and those which sought to build upon or expand other social welfare provisions with the eventual aim of achieving UBI (e.g., a child allowance in Argentina, the Bolsa Família Program in Brazil, a child tax benefit in Canada, guaranteed minimum pension income for low-income persons in Chile, expanding the non-means-tested child benefit in Ireland, and baby bond proposals in the US).

I was taken to task somewhat when I presented the preliminary findings at the 2007 Congress of the USBIG Network in New York, though I had retitled the paper, “The Death Knoll of BIG or BIG by Stealth” for dramatological purposes. Few Congress participants were willing to accept that basic income guarantees were dead-on-arrival policy options anywhere. One session participant, Conference of Religious Ireland (later Social Justice Ireland) Co-Director Father Seán Healy, contended that there was more going on in Ireland than what was visibly available online and in the BIEN Newsflashes and USBIG Newsletters, implying also that my research would benefit from more extensive collaboration with those on the ground who could provide greater nuances about UBI-related politics involved in each country. 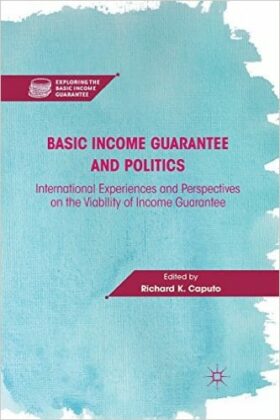 I took Father Healy’s and likeminded comments from others to heart, realizing that a single-authored book on the topic was unfeasible, perhaps even foolhardy on my part, given the country-by-country variability of the politics and efficacy of advocacy efforts involved in getting the idea of a basic income guarantee on the public agenda.

One of the things that impressed me about the BIEN and USBIG Congresses overall was the tone set by Professor Van Parijs. I found Professor Van Parjis quite personable and open to criticism, some of which came from me, though the most challenging perhaps from Rutgers University Law Professor Phil Harvey who clearly preferred job guarantees over income guarantees. I always felt welcome, as I suspect Professor Harvey did, given the number of papers we presented over the years at BIEN and USBIG Congresses. On several occasions, I heard Professor Van Parijs iterate that the primary role of BIEN was to promote discussion about the merits of the idea, about ethical and practical considerations that one might argue for and against UBI so that our collective thinking about it would be enhanced. 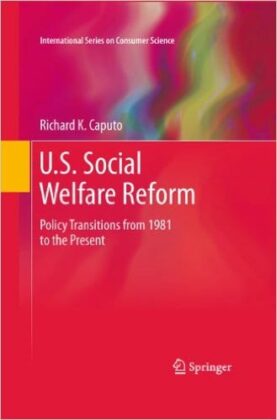 The prospect of UBI remains a scholarly interest of mine, though UBI seems a difficult sell politically in the US. Even the self-identified libertarian Charles Murray, one of UBI’s major proponents, acknowledged that UBI was a political nonstarter. Some traction can be found in the tech sector, as Professor Michael Lewis and I noted in our introduction to the special symposium on UBI in the Autumn 2016 issue of the Journal of Sociology & Social Welfare. I also included UBI as a policy option in the closing chapter of U.S. Social Welfare Reform. On occasion, I also continue to assign related readings for my social welfare policy classes.

Richard K. Caputo is professor of social policy and research at Yeshiva University’s Wurzweiler School of Social Work in New York City. This retrospective is adapted from a chapter in his forthcoming academic memoir, Connecting the Dots: An Intellectual Autobiography of a Social Work Academician.