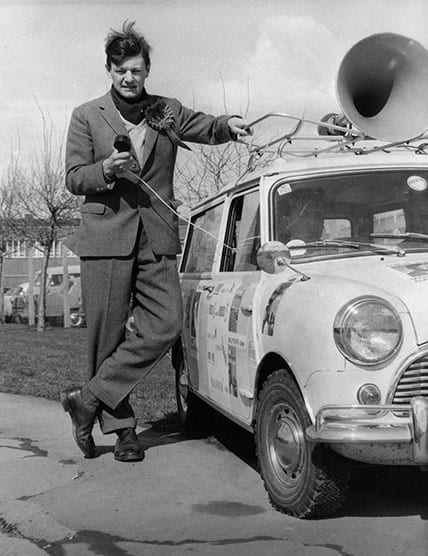 In the early 1960s I worked as a Youth Employment Officer in the English Midlands. We were then an education-based service concerned with guidance and placement but also responsible for trying to assist those without work and paying out benefits, a valuable way of keeping in touch each week.

Having been adopted as a Conservative Parliamentary Candidate in the mid-1960s (and taken part in the 1966 Election) I began to talk with already-elected Members of Parliament who shared my concerns. In this way I met Brandon Rhys Williams and then his mother, Dame Juliet. They introduced me to this concept of a small payment as of right, no strings attached, to all citizens. A few years later Sir Keith Joseph wrote to me that “there is no chance of these ideas being ignored. Far too many of us are keen.”

The Conservatives then lost the 1974 Elections. Mrs Thatcher appeared on the scene and all this thinking was sidelined. I left the Party and was elected as Independent Councillor, leading to much involvement with schemes to provide employment and assistance to young people. At once there was the problem that, if a participant received more than £4 per week, this was subtracted from any agreed supplementary benefit. A small ’no strings’ payment seemed even more worthy of consideration. This advocacy continued through the 1980s. It seemed, still seems, a portal to other ways of life opening up opportunities, enabling possible creative enjoyable activity for all including those condemned to drudgery. I know because, as a result of my mother’s death when I was a child in 1945, her Will (not anticipating early death) gave me this accidental access to my own unearned basic income.

In the last 25 years I have had other involvements. But I have taken the opportunity to bring up the subject, not in friendly meetings of the converted, but rather amongst those who are hostile and regard such a contribution as “something for nothing”. I also try to remind people that our education-based helping service may have been more productive than an employment based service which too often seems to lead to “sanctioning”. A few Conservatives still respond today. I just so much regret what may have been lost when Edward Heath was defeated in the 1970s. The Conservatives spoke then of “individual freedom”.  They had considered the costs and were beginning to think they might be manageable because of the potential benefit.

I am now old, and it is good to see increased discussion. Amongst my grandchildren there are now four (teenagers and older) who have endured my advocacy over years and now supportive.