Book Announcements; From the web 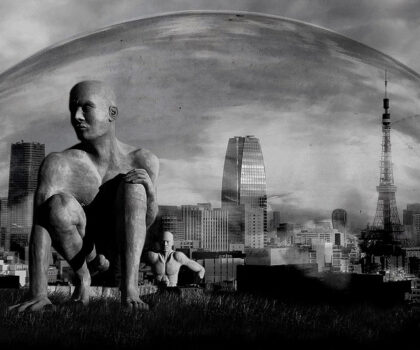 Jacobin editor Peter Frase has published a new book, Four Futures: Life After Capitalism, in which he envisions the collapse of capitalism due to growing scarcity (owing to climate change) and increasing automation of labor. 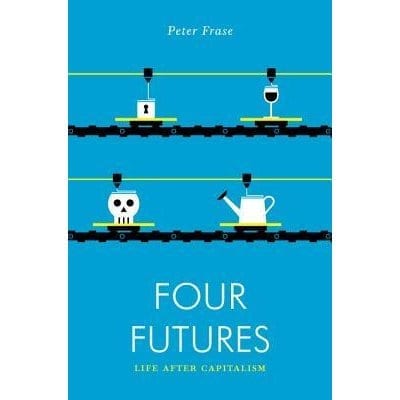 While many problems and potential solutions are discussed in the book, universal basic income is among them (the potential solutions, that is, not the problems). As a reviewer notes, “[UBI] is rapidly becoming a core plank of contemporary progressive thought and is another key point of the book: Frase hammers the point in relentlessly. A universal basic income offers a solution, or at least a useful aid, to many of the problems his future worlds might face, and it emerges in some form in all of his futuristic scenarios” [1].

Frase has previously written about UBI in Jacobin. His “Curious Utopias” (May 2013) surveys the issue of whether a UBI is properly described as “utopian”. In “Ours to Master” (March 2015), he maintains that a UBI could protect workers against a loss of income due to automation while allowing us to “realize the potential of a highly developed, post-scarcity economy” and “break the false choice between well-paid workers or labor-saving machines”. Four Futures delves further into these topic — and many others.

One of the most popular left-wing political journals in the US, Jacobin is distributed to an audience of about 400,000 per month online and 6,000 per quarter through its printed magazines. Four Futures is published by Verso Books — “the largest independent, radical publishing house in the English-speaking world” — as part of its Jacobin series.

One comment socialism, United States
The views expressed in this Op-Ed piece are solely those of the author and do not necessarily represent the view of Basic Income News or BIEN. BIEN and Basic Income News do not endorse any particular policy, but Basic Income News welcomes discussion from all points of view in its Op-Ed section.