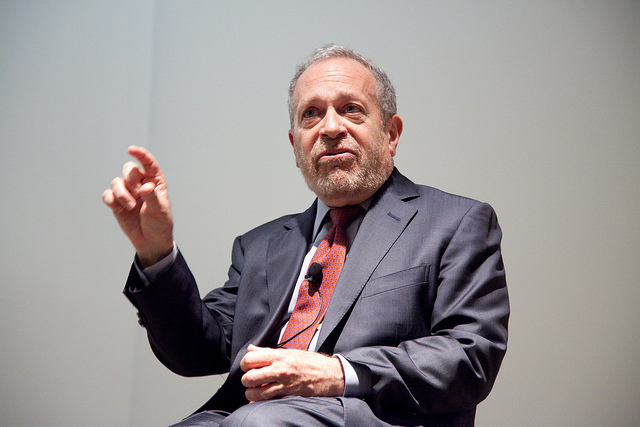 Former US Secretary of Labor Robert B. Reich (now Chancellor’s Professor of Public Policy at University of California, Berkeley) has produced a short video on basic income.

In the video, Reich argues that a universal basic income is a solution to job loss and inequality caused by developments in technology and automation.

The video was made in collaboration with the charity GiveDirectly.

This is not the first time that Reich has spoken out in favor of a basic income, especially in response to technological unemployment.

For example, he spoke on the “inevitability of basic income” last May at the Future of Work conference in Zurich, Switzerland:

For links and discussion of earlier remarks from Reich about UBI, see:

For a recent critical response to Reich’s recent video, written from the perspective of a right-wing UBI supporter, see: