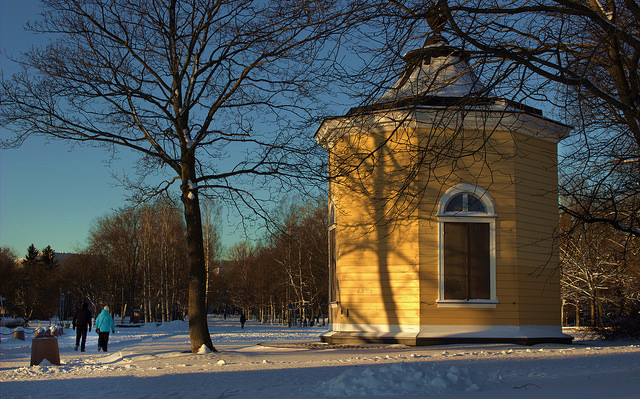 Videos of the some of the lectures are available on YouTube, and copied below.

In autumn 2015, the Prime Minister’s Office invited bids for a preliminary study (published on 30 March 2016) as part of preparations for a basic income experiment. After evaluation, a consortium led by the Finnish Social Insurance Institution, Kela, was appointed to study the suitability of different basic income models for the experiment.

The assignment outlined four different options to explore and develop:

2) partial basic income (would replace most of the basic security benefits, but leave some)

4) other possibilities to test basic income (the research group analysed participation income and the British Universal Credit, but these systems would not enable one to test the effects of basic income due to their conditionality).

Even though a budget-neutral partial basic income cannot automatically diminish income and unemployment traps, the model appears to be both economically and politically the most feasible one to test. According to power calculations made by the economists in our group, the sample for the experiment should be approximately 10,000 people in order to observe statistically significant results if the employment rate changes by two percentage points. In an ideal setting, the randomisation of people is compulsory and two-pronged. In addition to the treatment group, there must naturally be a control group.

The crucial factor is to have at least nationwide randomization since local experiments do not produce generalizable results. A representative, nationwide randomisation can be combined with more intensive local experiments to capture externalities. Also, weighted samples of interesting special groups are possible if the budget constraints can be tackled. Our research group recommends focusing on low-income households since the elasticity of labour supply is supposed to be greatest among this group and the budget is limited.

Ville-Veikko Pulkka is a researcher at Kela, the Finnish Social Insurance Institution, where he is a member of the research group that is preparing the country’s basic income experiment. Additionally, Pulkka is a PhD candidate at the University of Helsinki, writing a dissertation on “digital working life”. 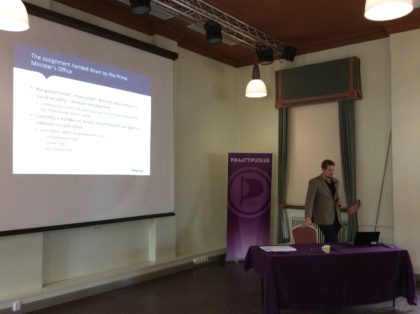 This talk introduces a concrete proposal for a basic income system for Sweden, including a cost estimate and financing. The basic income would be 8.333 SEK (900 EUR) per month for anybody between 19 and 65 who lives in Sweden and has no other income. When you start earning money the basic income would be reduced, but never by 100%, so there is always an incentive to work if you can. The cost of this system would be covered in full by letting the basic income replace the current systems for social welfare, student aid and unemployment benefits, and removing the VAT discounts that certain industries enjoy. To make the proposal politically realistic, there would be no increase of income taxes, and no reduction of current sickness benefits.

Christian Engström is a member of the Swedish Pirate Party and, from 2009 to 2014, was a Member of the European Parliament. 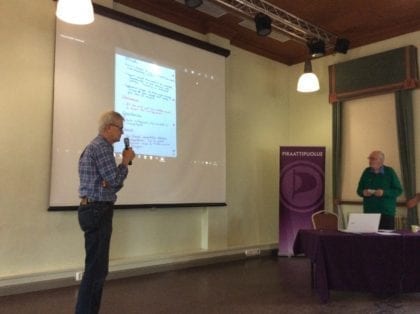 In Iceland the Pirate Party is preparing a policy for implementing a basic income scheme. The debate started a couple of years ago when congressman Halldóra Mogensen proposed a legislation on basic income at the Icelandic Parliament. Some preliminary calculations show that 1/3 of the Icelandic government budget already goes to direct money transfers to Icelandic individuals and that a modest basic income amount for all persons 18+ years old will cost 2/3 of the budget, while a negative income tax may cost a similar amount as the current social financial aid. Of many prerequisites one initial observation is that basic income criteria should be calculated regularly and that a legislation of lowest allowed salaries must be somewhat higher than the basic income criteria.

Albert S. Sigurdsson currently works for Statistics Iceland. He holds a master’s degree in geography from the University of Helsinki, and has previously worked at the Finnish Environment Institute, Iceland’s Environment Agency, Lionbridge Technologies, and Futuvision Media.