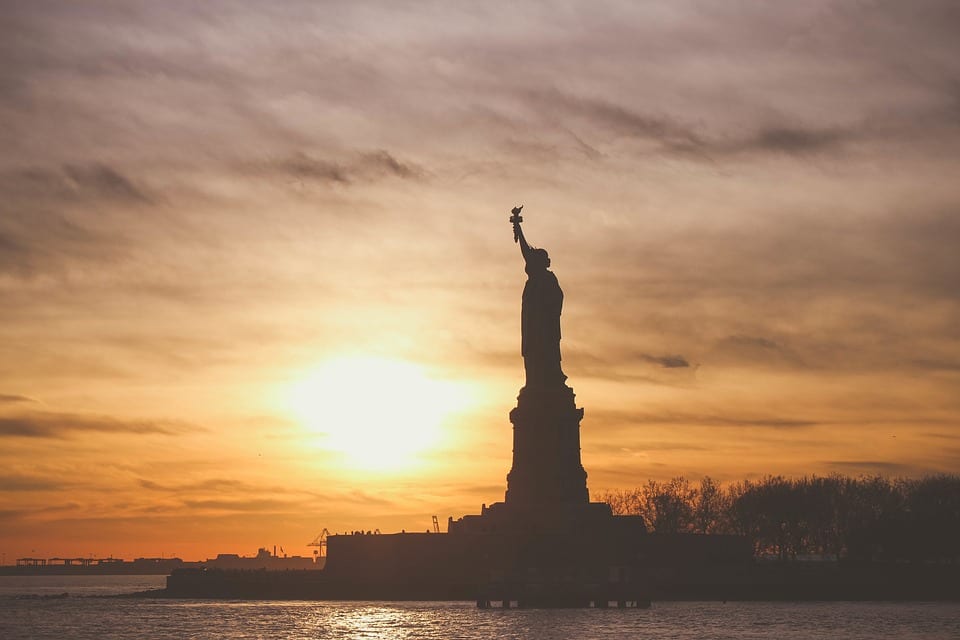 Evidence indicates that Universal Basic Income (UBI) policies would benefit our society’s least fortunate, decreasing poverty and improving the prospects for long-term income mobility. However, one UBI critic has asserted that a basic income replacing current forms of welfare would make it harder for immigrants to become naturalized citizens of the United States because of political pressures. An excerpt from an interview journalist Megan McArdle gave to PBS News Hour:

A lot of immigrants are low-wage workers. They’re not skilled, a lot of them. They don’t have as much education as most Americans and so they never do get up to the point where they would ever pay enough in taxes to make back that check. Even if you just limited it to their children, the political support for importing people whose children will then be entitled to the same $15,000 a year as your children — I don’t think that would ever be politically viable.

So if you want to have a guaranteed minimum income, you need to shut down, pretty much effectively, shut down immigration, or at least immigration from lower skilled countries…

There are three reasons why McArdle’s conclusion, that UBI would complicate the immigration debate and necessitate an end to immigration, is very incorrect. First, naturalized immigrants are already the recipients of welfare transfers in the status quo; distributing this aid through a UBI will lower administrative costs, be less controlling, and help those in poverty more than existing welfare policies do. Second, the UBI’s political effects on immigration are largely unpredictable, but the reform could be sold to the public in a bipartisan fashion. It is not hard to imagine that UBI would have broad appeal if constituents knew it offered a simplified benefit structure, created clear incentives for legal immigration, and eliminated some of the perverse incentives embedded in current welfare policies.

Welfare policies already exist – and naturalized immigrants already participate in these programs at relatively high rates because immigrants are more likely to be low-income than the average American citizen. This is worth repeating for emphasis: naturalized are already eligible to receive social security benefits, Supplemental Security Income, food stamps, TANF benefits, and benefits from other transfer programs. This fact alone means that UBI, as a phased-in alternative to current welfare policies, would not increase the amount of money transferred to naturalized immigrants.

While it is feasible that welfare transfers to new citizens could be viewed as unpopular, the balanced approach of a UBI could help mitigate these concerns while leaving everyone better off. Policymakers who answer to constituents with negative views on immigration could effectively communicate that a UBI would reduce the total cost of welfare by reducing administrative costs. Policymakers who answer to constituents with positive views on immigration could argue aid would be given to those in need in a better way, a way that empowers new immigrants to make their own choices rather than choices dictated by the government.

Lawful, non-citizen residents, such as students, exchange visitors and foreign workers, are eligible for certain welfare transfers depending on their circumstances. Current laws also require waiting periods and point systems for noncitizens to become eligible for Supplemental Security Income (SSI) transfers. These rules could be maintained to alleviate concerns that noncitizens would take advantage of the UBI: as it stands now, non-citizens receive substantially less welfare transfers than their citizen counterparts. Essentially, a UBI would end up looking very similar to the SSI – the general idea would be to have fewer onerous requirements on how welfare dollars are spent.

The political implications of UBI implementation are nearly impossible to predict, especially in the context of immigration. For example, even though illegal immigration has been falling over the last decade, voter concern is relatively high. Additional demographic changes will likely change the political realities surrounding immigration reform and welfare policies.

It is also unlikely that a UBI would drastically change the rate of naturalization or where non-citizens choose to call home. After all, research shows that welfare spending does not have large effect on immigrants’ decisions on where to live (the biggest factor appears to be economic opportunity). It also appears that citizenship fees are a bigger factor in determining whether immigrants will pursue naturalization than welfare is.

It is clear that UBI would not lead to the cataclysmic outcomes McArdle expects: we would have already seen those consequences with current welfare policies. A UBI would just improve the existing system.

James Davis is an undergraduate at Columbia University studying Economics and History.