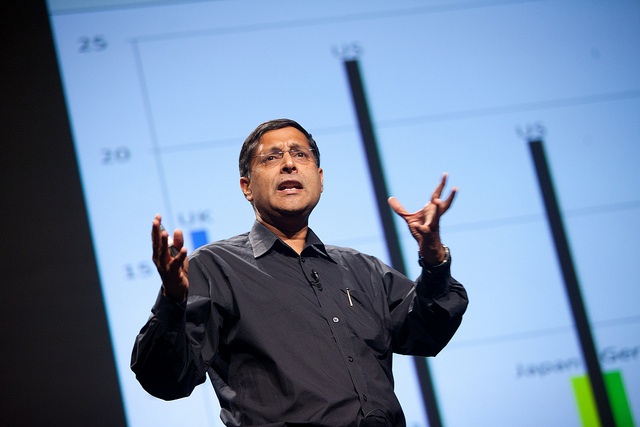 Arvind Subramanian, Chief Economic Advisor to the Government of India, has hinted during an outreach event that the next Economic Survey of India will address the pros and cons of universal basic income.

The Economic Survey is an annual document prepared by India’s Ministry of Finance and presented to Parliament. The survey describes changes and developments in the nation’s economy over the past year, including detailed statistical data, and discusses policy initiatives and the near-term prospects of the economy.

Last week, Chief Economic Advisor Arvind Subramanian spoke to students at an Economic Survey Outreach event in Bhubaneswar. In reply to a student’s question about basic income, he stated:

The idea is gaining a lot of resonance all over the world, especially in India. So you are really on the ball here. In fact, [I] am a bit unhappy with you for stealing the thunder of the next survey because it is going to be one of the big topics (we are going to address in that survey). What are the pros and cons of having an universal basic income?

Asked whether India was ready for a UBI, Subramanian added:

The answer to whether or not we could have a universal basic income could well be a ‘yes’, but under certain conditions. It is always easy to give but very difficult to take away politically. …

Even though ideally you might, say, use this to replace other subsidies, let me guarantee you that when it comes to trying to replace some subsidies there will be a lot of noise. Both in terms of politics and economic[s] there is a whole range of very important things we have to look into, and are going to look at, very carefully.

The Economic Times reports that Subramanian did caution, however, that the exploration of UBI remains an “academic exercise” at this stage. The article quotes:

It is an idea that’s exciting the whole development community around the world, we should not be behind the curve… The job of the survey is to explore new ideas. It is not just what the government will immediately explore.

BIEN cofounder Guy Standing, who has organized past pilot studies of basic income in India, calls the inclusion of UBI in the Economic Survey a “significant development in India”.

Thanks to Kate’s supporters on Patreon