Response: Money for nothing 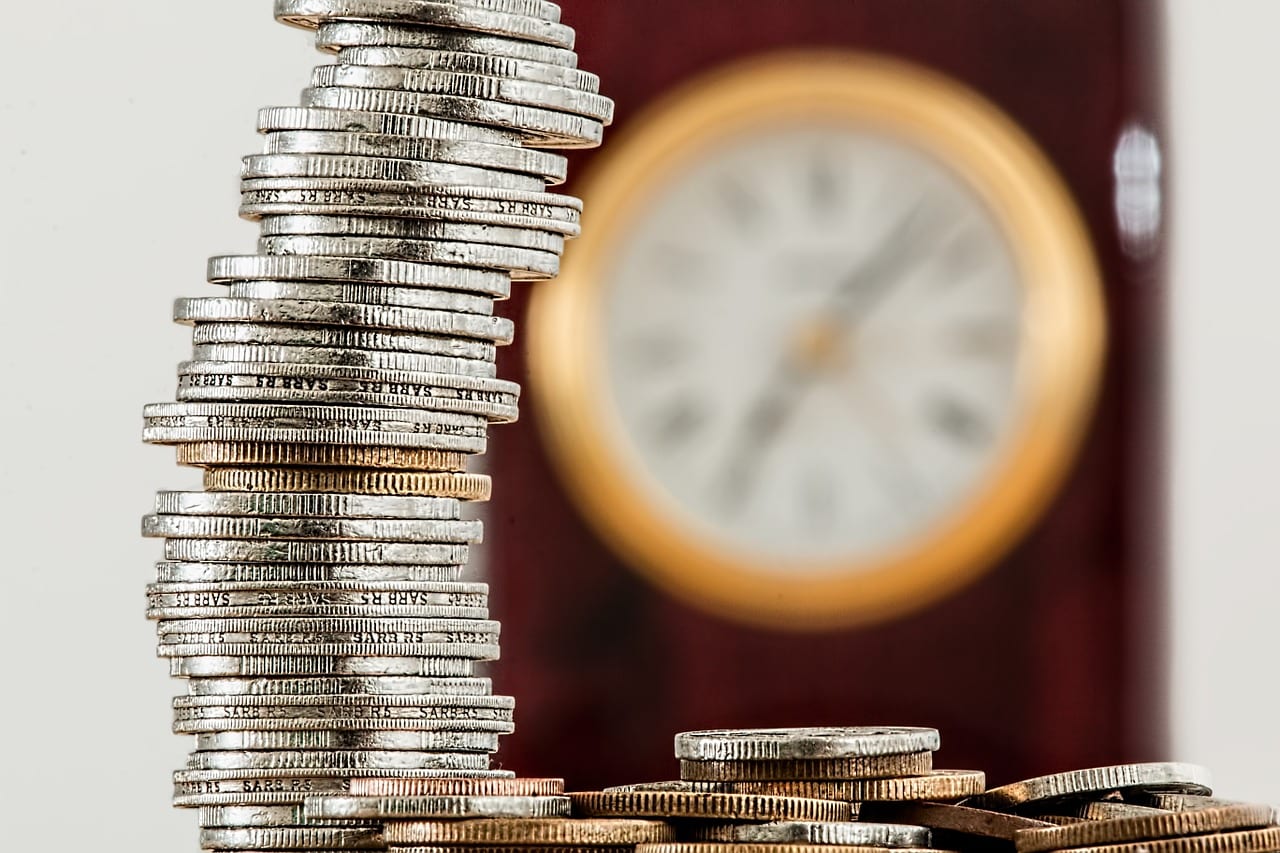 The following is a critical response to Brookings’ “Money for nothing: Why a universal basic income is a step too far,” by Isabel Sawhill.

Isabel Sawhill wrote a short essay about basic income, arguing that it may be a step too far. To me, what has been “too far” is precisely this present day Kafkaesque system of oppression, where poverty runs rampant (even in the so-called “rich” countries), levels of inequality are breaking records, all while societal and environmental stress reach all-time highs. Nonetheless, the article deserves a response because Sawhill manages to aggregate the most common criticisms/preconceptions regarding basic income: that we cannot afford it, that the wealthiest should not be “helped” and that without obligation people do not meaningfully contribute to society (a nuance on the trendy “people will just be lazy” argument).

So let us deconstruct each of these arguments.

“(…) logic is inescapable: either we have to spend additional trillions providing income grants to all Americans or we have to limit assistance to those who need it most.”

This logic is not inescapable. In fact, it is wrong. Financing a basic income does not just amount to thinking of an amount for the grant (say $1000 per month), multiplying it by the country’s population (319 million people) and then paying the bill (in this case, $319 billion per month, or $3.828 trillion per year). That is very bad math. A more sensible tax policy will transfer a part of the taxes collected from the relatively wealthier to those relatively poorer. Actually, the former will be net-payers of basic income, and the latter will be net-receivers of basic income. Depending on the taxation levels at a certain moment in time, this redistribution of income can even be done without any supplementary cost.

Another fallacy is this idea that a basic income could “limit assistance to those who need it most”. How would that even be possible, if the basic income is enough for basic human needs, and is universal and unconditional? Would it not then provide the assistance to those in need?1 It will, but only in a much better way than in the present system: it would do it without policing, without stigmatizing, without controlling and with much less bureaucracy. In fact, part of the money necessary to finance basic income will come from savings in conditional social assistance grants that have become obsolete, mainly because beneficiaries no longer meet their requirements (mostly means-tests). Furthermore, there are too many targeted social safety net policies in the US, which nevertheless fail to effectively eradicate poverty. In an analysis by Karl Widerquist, around 7 percent of workers live in poverty, as do 22 percent of children. The idea is that basic income can circumvent all of these conditional assistance programs, providing universal unconditional support, and reducing social assistance complexity, bureaucracy and cost.

“One option is to provide unconditional payments along the lines of a UBI, but to phase it out as income rises”

As long as one looks at basic income as an income redistribution scheme, this is just stating the obvious. As income rises, and taxes paid also rise, then on a net basis people will of course be paying for basic income, not receiving.

“Liberals fear that such unconditional assistance would be unpopular and would be an easy target for elimination in the face of budget pressures.”

Fear has never been a wise consultant, but, philosophy aside, there is no evidence that basic income would be unpopular in the US, even considering the precocious opposition from leading political figures. Plus, in the face of budgetary pressures, I do not see why basic income would be any more likely to be subject to cuts or to be targeted for elimination compared to other social security policies. Actually, as a wider policy than targeted programs, and one that would make some of these targeted programs obsolete, basic income would likely be more difficult to eliminate since more would be at stake (in comparison to just losing a tax benefit or food stamps eligibility).

“(…) poor and jobless are lacking more than just cash. They may be addicted to drugs or alcohol, suffer from mental health issues, have criminal records, or have difficulty functioning in a complex society. Money may be needed but money by itself does not cure such ills.”

Now let’s think a bit about this. What can bring on addiction or addictive behaviours? What can cause mental health issues? What can lead to criminal behaviour?

Firstly, we would like to encourage anyone reading this who is suffering from an addiction to reach out to someone and get assistance in whatever way you can. This could mean asking for help at a homeless shelter, going to recoverydelivered.com in Florida, or just reaching out to your family. Addiction is crippling and the fact it’s being used to counter an argument is despicable. Addictions may come into a person’s life for a multitude of reasons: past traumas, family issues, health problems, professional pressure…and poverty. Poverty has been extensively shown (ex.: A primer on Social Problems, Effects of Poverty) to be a generator of many social problems, including malnutrition, health issues, and distress. So it is obvious that poverty bears a feedback relation to trauma, family unrest, health and professional pressure, although it is not the only cause of social ills — rich people also share some of society’s problems.

Addiction specialists, like Katarzyna Gajewska, are also not convinced that basic income can have an exacerbating effect on addictive behaviour, due to its multifaceted nature. It is just not the monetary facet that is affected, but there is also a need for emotional healing from addiction that is needed for the ones facing this problem. Meanwhile, no basic income trial test to date has found significant increases in the use of addictive substances due to unconditional cash transfers (Scott Santens, 2016). As for mental health issues, in fact, the Canadian “Mincome” experiment has found a correlation between basic income and reduced hospitalizations due to mental illness, as described in the relatively recent report by Evelyn Forget. And as for crime, hard data from the basic income pilot study in Namibia has shown a 42 percent decrease in the crime rate attributable to the distribution of an unconditional basic income for nine months.

Somehow Isabel resists the idea of a basic income on the grounds that it stems from a flawed assumption that money alone can cure society. But, looking at this evidence from the “cause” perspective, lack of money – that is poverty – is indeed at least partially causing these problems of addiction, mental illness and crime. And so money, although not a cure in itself, is bound to substantially reduce these social illnesses.

“A humane and wealthy society should provide the disadvantaged with adequate services and support. But there is nothing wrong with making assistance conditional on individuals fulfilling some obligation whether it is work, training, getting treatment, or living in a supportive but supervised environment.”

There is, actually, something wrong about a conditional social programs. Social Security in the US is very complex, particularly due to means-tested criteria. Plus, there is evidence that social security programs can lead to stigmatization (to which political and media discourse also contributes in an important way). Moreover, the worry that people will just stop working without a work obligation is unfounded – all basic income experiments to date have shown little to no work reduction on average. That’s despite the fact that most research tells us that people work too much (particularly in the US), and that is a bad thing generally. So a cut in average worked hours would actually be welcomed. And this is not even discussing the type of work performed (useful or not, meaningful or not, benefiting society or not). Every workplace should have health and safety precautions in place to prevent staff from overworking at all. In fact, this extends to so many health and safety measures such as fire exit signs and hazard precautions in general (look these up here for example). Although these are the obvious forms of health and safety in the workplace, sometimes people forget that overworking along with stress and mental health can also be a contributing factor to the ill health of employees within a business. Some do try to relax and find pleasure by watching adult videos (check these porn site reviews, for example) and other similar recreational activities. However, overworking still tends to be a cause for concern.

“In the end, the biggest problem with a universal basic income may not be its costs or its distributive implications, but the flawed assumption that money cures all ills.”

Indeed. Money is not everything. But too many people suffer the consequences of not having enough of it on a daily basis (around 24 million in the USA alone), which is totally unnecessary and utterly avoidable. And while not having enough money makes people stressed and desperate to find more of it just to meet their basic needs, they are not enjoying the non-monetary parts of life: quality time with family and friends, leisure, acquiring meaningful knowledge, participating in public/cultural life, volunteering and so on.

1 – That’s not to say that special needs would not be attended to, like disabilities or disease supplements. For those special needs, basic income just needs to be topped up with an extra amount which can satisfy them.