THE HAGUE, NETHERLANDS: Expert Meeting on “Sense (and Nonsense) of a Basic Income” 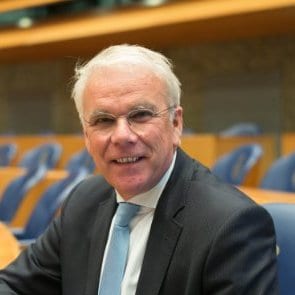 Norbert Klein, the leader of the Vrijzinnige Partij (a small Cultural Liberal Party), has organized a debate about basic income in cooperation with the Vereniging Basisinkomen (the Dutch branch of BIEN). The event is scheduled for Thursday, September 1, 2016 from 13:30 to 17:30 in café Dudok, Hofweg 1a, The Hague.

Earlier this year, Norman Klein (pictured) initiated a memorandum for the Members of the Tweede Kamer (Second Chamber of Parliament). “The labour market is changed fundamentally. The introduction of new, innovative concepts like a basic income is urgently needed to prevent large scale social inequality and social unrest by providing everyone of a secure, adequate income,” he argues in his memo called Zeker Flexibel (Security and Flexibility).

On September 19 (the first day of the 9th International Basic Income Week), this memorandum will be discussed with the Minister for Social Affairs and Employment, Lodewijk Asscher (of the Partij van de Arbeid or Labour Party) and the members of the Committee for Social Affairs and Employment of the Second Chamber of Parliament. The discussion is open to the public, and all are encouraged to attend.

Before this meeting, Mr. Klein wishes to discuss the “sense and nonsense” of an unconditional basic income with the general public. Thus, he organized the debate at café Dudok, which will feature the following participants: