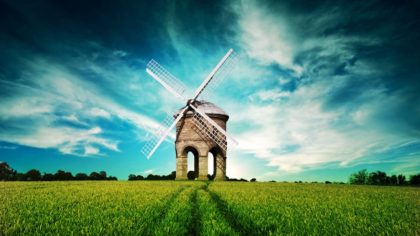 Safety is a crucial issue. Without a sense of security, we don’t think straight, we don’t connect as well, and we don’t align as well with our core values. If we are not secure, we don’t feel safe, and if we don’t feel safe, fear grows from within. And with that fear comes distrust, anxiety and stress. And all of those blur clear-sighted decisions.

With this short essay I aim to provide support for the following proposition: given a minimum level of safety, people will make better decisions. In particular, they will invest more in green technology, which is unaffordable to many at the moment.

Before going into any details, though, we should ask this question: what is it that people want, anyway? Do they want more holidays? iPhones? Well-paying jobs? As it seems, at a deeper level, what they want most is none of that.

According to an international questionnaire, created and administered by the association Together, people want the following:

Guarantee of purchasing power and financial safety for all

Redistribution of wealth for greater equality

Promotion of exchanges and circulation of means without money

The end of rampant consumerism, especially when producers are suffering from underpaid work

The development of a deconcentrated and stable economic system

Use of technology for the well-being and comfort of all

Affirmation and implementation of the principles of co-responsibility

Empowerment of all and development a relationship of trust, freedom, and equality, to remove laws, regulations and cameras that focus on the control of people

Supporting all people’s engagement in society, regardless of role

Developing an ethics of democracy

Empowerment of policy makers, making sure that they keep the promises that they have made

Transparency in actions of the government

Firmness and impartiality in justice

Simplification of the administration and legislation, and improved logistical organization

Policies to support the population, particularly for providing access to essential needs; an enhanced social state.

The end of media trash-talk that enhances racism and insecurity

Changing our relationship with nature, plants and animals

Production that is more natural and small-scale

Cleanliness in public places, thanks to co-responsibility

Arranging space to make it user-friendly and to facilitate common life, multiculturalism, creativity and new ideas

Increasing the time available to people and improving management of time

Increasing time available for the family

Enhancement of opportunities to live together and learn about others

Eliminating and prohibiting all forms of discrimination and racism in all areas, including employment

Avoidance of all forms of violence, harassment and war, plus eradicate those related to physical integrity

Facilitate networking and communication of the organisations and individuals

Changing behaviour to encourage living together and respecting each other

Development of a common culture, whatever our religion

Reception of migrants and refugees as well as the homeless

More aid for the disabled, including children and those who are alone and poor

These results are derived from the application of a specific methodology, the Spiral Approach, which has been applied in over 20 countries, involving around 120,000 people1. While this might be a small sample of all humanity, it is big enough to be taken very seriously. If these results mean anything, I assume, it’s that people would prefer to invest more in technologies that would lower their environmental footprint on this planet–if only they could afford it. And affordability has indeed been a major issue in contemporary Portugal. As we can observe in Figure 1, people have been losing purchasing power consistently over the past few years, except for a tiny percentage of people. At the same time, as expected, inequality has also risen (Figure 2). 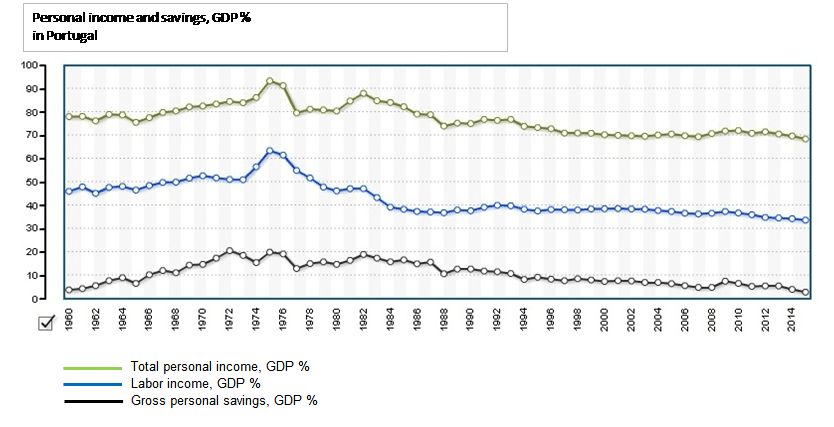 This is, of course, also mirrored in the growing number of poor people living in Portugal (Figure 3). These people might get free lunches (yes, these apparently do exist) if they prove their poverty – that’s how it goes these days – but, needless to say, it’s much harder to get a solar panel or an electrical vehicle, for example, just for being poor. But if you’re interested in learning more about solar panels check out Sandbar Solar’s residential solar services. You might be surprised as to what you can learn from them about the ranges of services that are available. 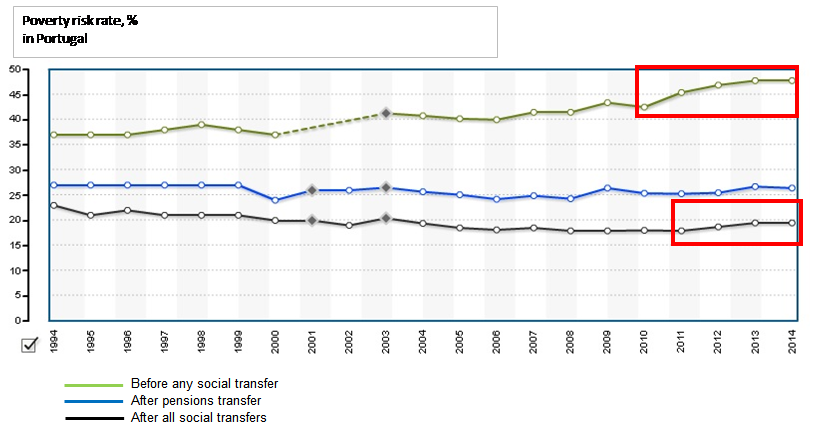 The question is: would they (or most of us, for that matter) actually buy these things, if they could afford it? Any direct response is, of course, mere speculation, since it’s impossible to run an experiment given the present mode of things. But we might take a look at what people who can afford greener technologies are actually doing with their money. Figure 4 and Figure 5 show a couple of trends in investment in electric vehicles and photovoltaic panels in recent years. 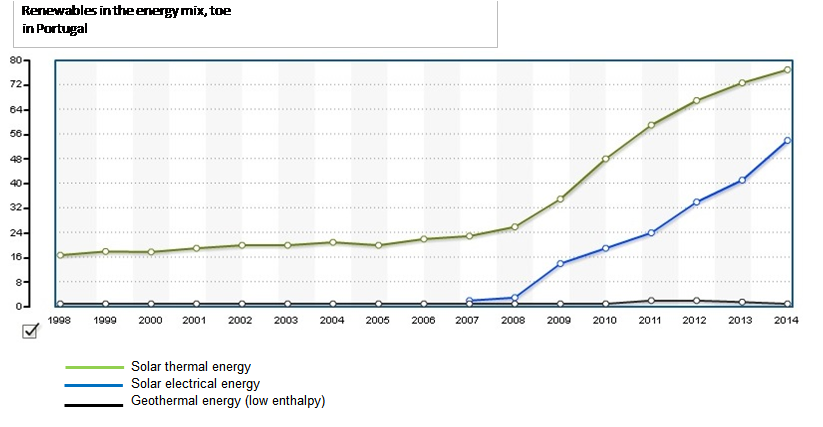 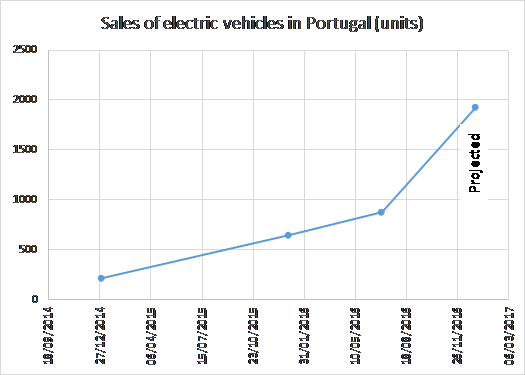 A quick look at these charts clearly shows increasing trends in purchases of these items. In the case of photovoltaic panels, Figure 4 refers to energy output, but higher output is of course linked to increased solar panel installations. This has happened in the midst of the present day austerity-driven impoverishment of nations, of which the Portuguese society is a victim.

What this means is that, apart from the 10 percent richest families, and maybe some of the 20 percent richest ones, no one can really afford to buy electric vehicles, which have an average cost at 33 400 € (with 7 year batteries), and photovoltaic panel systems (micro-scale systems start at 10 000 € per 4.6 kW package). Given this scenario, what could a basic income to give people the opportunity to purchase these low-carbon technologies and contribute to solve the climate crisis?

According to a basic income viability study for Portugal, a 435 €/month payment to every adult would generate income increases for everyone earning 1200 €/month or less, before taxes. However, that increase will only be truly significant (after taxes) for those earning nothing, or close to nothing. Of course, 435 €/month basic income will only allow for a person to care for basic needs, such as food and shelter–not electric cars or photovoltaic panels.

It would, however, mean more money in the hands of people who are nowadays consuming less than they ought to, given their basic needs. And this will lead to higher economic outputs, especially in local economies. That, in turn, will increase monetary circulation, and eventually enough accumulation that some families will be able to afford green technologies. Another possibility is that people will come together in condos, neighbour associations, cooperatives and such, and pool their basic incomes (or whatever extra amounts they can get, given the existence of basic income). This way, they can acquire this equipment through their shared resources and manage it cooperatively. Also, the prices of these products are getting lower. This is especially true for photovoltaic panels, the price of which has fallen as much as 75 percent since 2009, and is expected to continue falling. The forecast for electric vehicles prices is more uncertain; however, due to technological advancement and higher supply, it is expected that these prices will also drop in the next few years (Joana Balsa, 2013).

The relationship between basic income and increased purchases of low environmental impact technologies is not obvious, at least for the products discussed in this short analysis (photovoltaic panels and electric vehicles). However, I’ve hinted at some factors that may determine that rise, given the implementation of something like a basic income in Portugal. Of course options to reduce environmental impact is not limited to the purchasing of photovoltaic panels and electric vehicles. Many other possibilities are available, at much lower costs, such as replacing existing low efficient lamps for LED technology lamps, riding bicycles or even reducing the ingestion of meat (while eating more vegetables).

1 – More information on the data gathering method and resulting platform can be obtained here (in French).

2 – percent of people living in poverty or in risk of poverty.

3 comments environment, Green economy, green technology
The views expressed in this Op-Ed piece are solely those of the author and do not necessarily represent the view of Basic Income News or BIEN. BIEN and Basic Income News do not endorse any particular policy, but Basic Income News welcomes discussion from all points of view in its Op-Ed section.