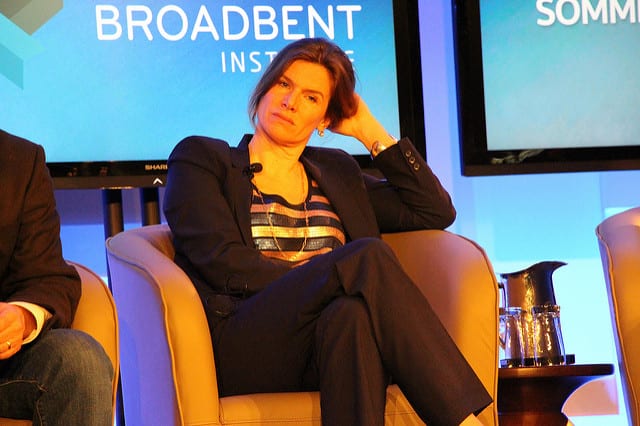 The noted economist Mariana Mazzucato (University of Sussex) delivered the 2016 Raul Prebisch Lecture at the United Nations Economic Commission for Latin America and the Caribbean (ECLAC) in Santiago, Chile.

During the Q&A session, Marion Kappeyne van de Coppello, the Dutch Ambassador in Chile asked Mazzucato to elaborate on the “innovative new concept” of basic income for everyone.

In reply, Mazzucato spoke very favorably of the idea of basic income — going so far as to call it a “basic right” that should be “taken for granted”. However, she cautioned supporters of basic income not to think only in terms of redistribution. Instead, she called upon progressives to think more about value creation and conceptualize basic income as a type of pre-distribution.

Mazzucato described basic income as a “way to enable everyone to create value in the first place (which then of course has to be redistributed through progressive taxation)” — and tied the idea to Amartya Sen’s work on capabilities, which are required for people to pursue opportunities.

Earlier in the year, ECLAC encouraged its member states to investigate the possibility of basic income.