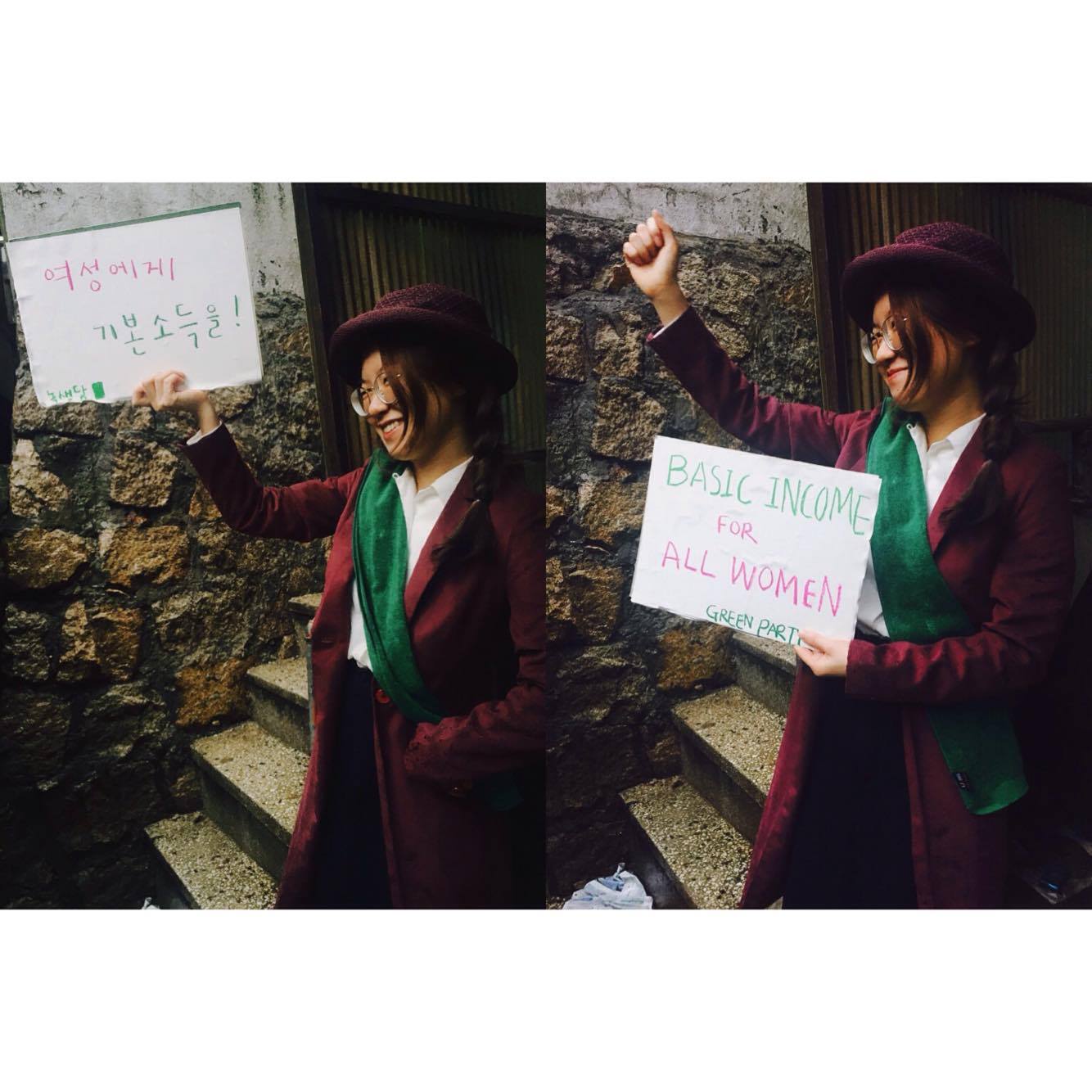 Juon Kim has been an organizer of Basic Income Youth Network in Korea since 2013. In March of this year, Juon ran for a proportionate candidate of Green Party Korea in the general election, representing the party’s UBI agenda. She’s currently a graduate student of cultural anthropology, and plans to write her MA thesis about basic income.

In this Basic Income Interview, Juon talks about how she came to learn about and support basic income, and why she is now an activist.

About 5 years ago, only a few people in Korea knew about basic income, including my friends. Since they were studying basic income, I became aware of it but was not attracted to it at first. But after reading two women’s books, I decided to live as a UBI advocate and joined the Basic Income Youth Network based in South Korea.

One book is Virginia Woolf’s A Room of One’s Own. “It is necessary for women to have five hundred pounds a year and a lock on the door if you are to write fiction or poetry.” It reminded me of basic income immediately. The other is Carole Pateman, a feminist political theorist saying that basic income could guarantee universal economic citizenship of women. 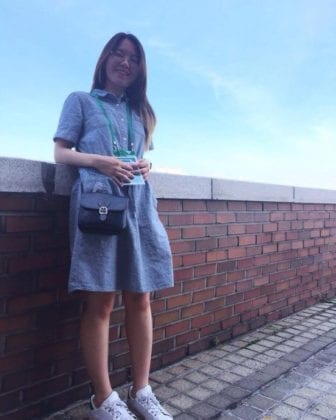 Juon at the 2016 BIEN Congress in Seoul

When I was young, I dreamt of becoming a human rights lawyer. Many discrepancies in the society seemed to have been caused by law which is a tool only for the powerful. I entered university envisioning that I would stand in the forefront of social changes with the law as the tool for justice. I was even thinking of branding law firm ideas to increase my chances of being someone’s first choice to defend them.

But the university that I encountered back in 2010 was no more than a ruin. The gravity of making ends meet pulled heavily against my attempted search for friends with whom I would find solutions to the social ills. No time could be wasted if it wasn’t for career preparation, no space was available without fees, and ultimately no freedom to plan my life as I wanted was granted.

Fortunately, there were great classes and friends in and out of the campus. There were those who were being forcefully evacuated from the very place of their livelihoods in their cities, those who are taking their lives in their hands just to reclaim their lost jobs, and those religious figures, LGBT activists, disability-rights activists, grass-root activists and youth activists who fought against state violence and its forced militarization of Gangjeong village in Jeju island and forced nuclearization of Miryang in Korea.

I saw how they tried and worked to rebuild hope in their own respective communities. We met in support, delight and equality. I experienced happiness rising from others even amidst poor material conditions.

In our encounters I realized something. All of us who were dreaming of a better life, one that’s better than now, were in fact fighting against ‘dual poverty’. They fought against poverty of their own and simultaneously poverty of the world.

What I endured was not different from what they endured. It was in this moment I was introduced to the idea of ‘basic income’. I strongly related to its philosophy that the rights to eat and live should be guaranteed just for the reason that I am a constituent of this society.

What if the activists I met who suffered from dual poverty had basic income? What if my colleagues, women, youth and young adults, farmers, artists and seniors had basic income? What happens when there appears this gift called basic income in the Korean society, whose severe income bipolarization and winner-takes-all structures in all corners render all untrustworthy toward each other?

I imagined an alternative made possible by the hope called basic income to those who give up their lives or terrorize others’ lives because there cannot be a better tomorrow. Then I joined basic income movement because I wanted to imagine all these possibilities as one.

The ‘human rights’ that used to be so nondescript when I wanted to be its lawyer took shape as an economic citizenship, basic income. Basic income as the fundamental right for all humans. I hope it becomes a common sense to all everywhere in the world in the nearest future.

Juon wishes to thank her friend Heehe for translation assistance.

Have your own thoughts to contribute? Want to see yourself in a future Basic Income Interview?