Ursula Huws, “The way we work is changing, but the welfare state hasn’t kept pace” 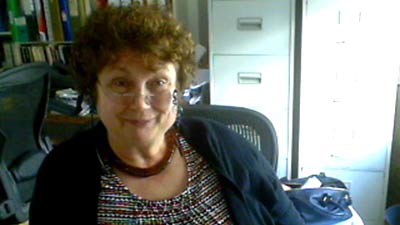 Ursula Huws, Professor of Labour and Globalisation at University of Hertfordshire, calls for a guaranteed minimum income in a recent article in The Conversation:

[N]either 19th-century values nor 20th-century structures are fit for purpose in the fluid, just-in-time conditions of 21st-century labour markets and an unpredictable, digital, globalised economy.

We should go back to the drawing board and develop a system that provides basic security and dignity for all while still allowing for work to be organised flexibly. One possible solution is to give everybody a basic income. … This would raise the standard of living and reduce poverty among the most vulnerable, but would also allow workers to move flexibly in and out of paid work, education and care work without being subjected to the expensive, demeaning and dysfunctional inquisitorial procedures of the current benefits system that sees only the largely exclusionary categories of “work” and “claiming benefits”.

She acknowledges, though, that a basic income is not a panacea, and would have to be combined with other reforms.

Huws currently directs research projects which receive funding from the COST Association, the Foundation for European Progressive Studies and UNI-Europa (the European Service Workers Union), and she serves as editor of the international interdisciplinary journal Work Organisation Labour and Globalisation.

She is also a trustee of the Citizen’s Income Trust, a UK-based group that advocates for a basic income an occasionally contributes to Basic Income News.

Ursula Huws, “The way we work is changing, but the welfare state hasn’t kept pace with the times“, The Conversation, 23 June 2016.