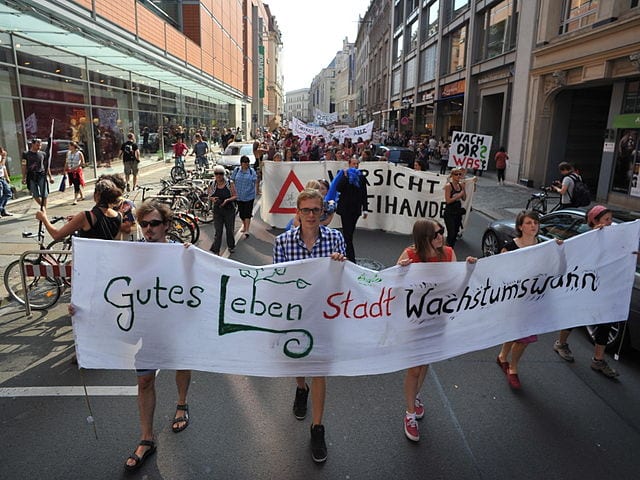 On Tuesday, July 26, Berlin Basic Income will be hosting a lecture by Stefan Füsers, a member of the executive council of the German Basic Income Network and a founding member of Unconditional Basic Income Europe. Füsers, who is also a long-time advocate of sustainable development and climate-change awareness, will be speaking on the topic of degrowth.

According to the event description of the group’s Meetup page:

Füsers will present an argument for the somewhat controversial concept of degrowth, the theory that overcoming the growth ideology of the current economic climate will result in a more socially and ecologically sustainable system. He will expand upon the idea that degrowth will provide a stable foundation upon which social welfare systems, such as UBI, can flourish with minimal adverse environmental effects.

Berlin Basic Income held its first meetup in December 2015, when Martin Köppelmann spoke about the potential use of blockchain-based currency to distribute a basic income. Since that time, the group has not only continued to hold regular meetings and host guest speakers but also founded a nonprofit, cooperatively owned café, Café Grundeinkommen. The café describes itself as a community hub — hosting discussions, lectures, concerts, and other events — and a “playground to explore socially progressive ideas” such as, especially, basic income.

Füsers’s lecture, however, will not take place in the café but at Werkstatt.