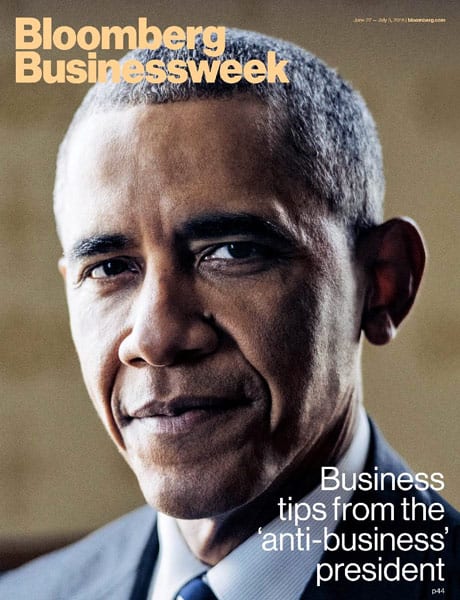 Some economists suggest that globalization is going to start targeting all those services jobs. If you want to keep up wages in that area, doesn’t it push us toward something like a universal basic income?

The way I describe it is that, because of automation, because of globalization, we’re going to have to examine the social compact, the same way we did early in the 19th century and then again during and after the Great Depression. The notion of a 40-hour workweek, a minimum wage, child labor laws, etc.—those will have to be updated for these new realities. But if we’re smart right now, then we build ourselves a runway to make that transition less abrupt, because we’re still growing, and we’re beating the competition around the world. Look, for example, at smart cars, where the technology basically exists now. The number of people who are currently employed driving vehicles of some sort is enormous. And some of those jobs are pretty good jobs. You know, people are worried about Uber, but the fear is actually driverless Uber, right? Or driverless buses or what have you.

Now, there are all kinds of reasons why society may be better off if smart cars are the norm. Significant drops in traffic fatalities, much more efficient use of the vehicle, so that we’re less likely to emit as much pollution and carbon that causes climate change. You know, drastically reduced traffic, which means we’re giving back hours to families that are currently taken up in road rage. All kinds of reasons why we may want to do that. But if we haven’t given any thought to where are the people who are currently making a living driving transferring into, then there’s going to be deep resistance.

So trying to separate out issues of efficiency and productivity from issues of distribution and how people experience their own lives and their ability to take care of their families, I think, is a bad recipe. It’s not an either/or situation. It’s a both/and situation.

Obama did not mention Basic Income in his answer, but he did talk about some concerns of the movement. Chris Weller, of Tech Insider, interpreted Obama’s remarks as a hint at support, and saying, “Now Obama seems to be leaning in the same direction.”

Obama didn’t clearly answer the question, but there is a lot of good news in this interview. Just the fact that the question was asked shows the growth of the movement. These were three top-level reports at one of America’s top news publications. They had an audience with the President at the White House. They only asked 16 questions. And they devoted one of those questions to the subject of Basic Income. Without the worldwide movement that’s sprung up in the last few years this would not have happened. I doubt any reporter has bothered to ask the President any form of Basic Income Guarantee since the 1970s.

Obama’s answer doesn’t clearly say whether he is for or against Basic Income, but what he is trying to do is clear and obvious. He doesn’t want to endorse basic income, but he wants Basic Income supporters to support him. The last paragraph is masterfully unclear. He uses the phrase “bad recipe,” which implies that his answer is negative, but I read over that paragraph again and again, it’s increasingly unclear what the bad recipe is. The need he feels to obfuscate is progress: had he been asked this question in 2008, he might have clearly stated his opposition, as he clearly opposed same-sex marriage back then. I wonder if it’s an exaggeration to say he’s less willing to alienate Basic Income supporters in 2016 than he was to alienate same-sex marriage supporters in 2008?

Obama attempts to court Basic Income supporters by showing them that he understands two of their concerns (automation and climate change). Apparently he hopes this much will be enough to gain their support even though he doesn’t specifically support their proposed solution. He doesn’t mention the issues of poverty, inequality, and freedom that are so important to most Basic Income supporters, but the Basic Income movement has forced the President to take notice and think about some of the issues they have brought up. That’s not victory, but it marks the growth of the movement.

The full interview will appear as the cover story in this week’s Bloomberg Businessweek, and it is already online:

Chris Weller’s interpretation is online at: