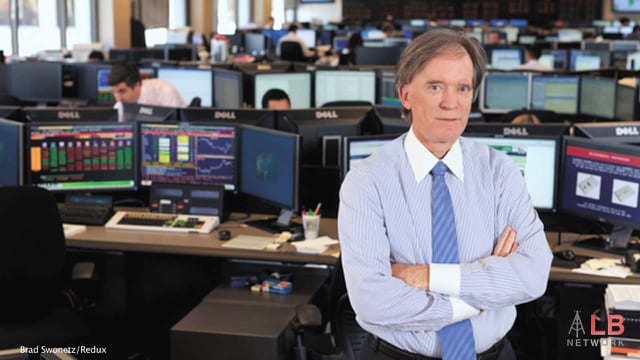 Last Wednesday, May 4, billionaire bond manager Bill Gross (of Janus Capital) made waves when he endorsed universal basic income in his Monthly Investment Outlook – or, perhaps more accurately, declared a UBI to be inevitable.

Mr. Gross, like many other commentators on current economic trends, foresees massive job loss due to automation:

Virtually every industry in existence is likely to become less labor-intensive in future years as new technology is assimilated into existing business models. Transportation is a visible example as computer driven vehicles soon will displace many truckers and bus/taxi drivers. Millions of jobs will be lost over the next 10-15 years. But medicine, manufacturing and even service intensive jobs are at risk. Investment managers too! Not only blue collar but now white collar professionals are being threatened by technological change.

He is critical of the idea, currently en vogue, that the appropriate response is to make higher education more accessible and affordable — submitting that a college degree might “better prepare students to be contestants on Jeopardy” but not necessarily lead to better jobs or more economic growth.

What, then, should be the alternative? Well, here’s what Mr. Gross says:

Instead we should spend money where it’s needed most – our collapsing infrastructure for instance, health care for an aging generation and perhaps on a revolutionary new idea called UBI – Universal Basic Income. If more and more workers are going to be displaced by robots, then they will need money to live on, will they not? And if that strikes you as a form of socialism, I would suggest we get used to it.

Indeed, he later goes so far as to assert, “The question is how high this UBI should be and how to pay for it, not whether it’s coming in the next decade. It is.”

On the question of how to financial a UBI, Mr. Gross recommends that central banks print more money – the idea popularly referred to as “helicopter money” and promoted in Europe as “QE for the People.”

Within hours, Mr. Gross’ proclamations led to a proliferation of news stories on basic income – including reports in Reuters, Wall Street Journal, Forbes, and CNN Money, to mention only a few.

Matt Levine (in his Bloomberg View column “Money Stuff“) drew upon some personal anecdotes from Bill Gross to common on the common objection-cum-question “Would people stop working if they had a basic income?”:

Imagine a young Bill Gross, offered a basic income, free of the constraints of needing to earn a living. Would he still have become an obsessive bond manager? Yes of course he would have, come on. Gross has been open about the fact that he’s not in bond investing for the money; he’s in it for the fame. And there is no universal basic income of fame, though I guess Twitter is getting us pretty close.

Meanwhile, other authors and commentators took a skeptical stance. Fortune columnist Chris Matthews, for example, questioned the political feasibility of UBI in present day America, and Myles Udland, writing for Business Insider, claimed that a UBI would not be welcomed because “in the US we have attached a stigma to receiving certain types of government assistance, and the sociopolitical hurdles to a basic income program are very high.”

To be fair, Udland probably penned this criticism before he had chance to the read David Calnitsky’s article in the Canadian Journal of Sociology, “‘More Normal than Welfare”: The Mincome Experiment, Stigma, and Community Experience,” reported upon in Basic Income News last week. Calnitsky’s article provides empirical support to what many have already expected: since it is given to everyone — “obscuring the distinctions between the ‘deserving’ and ‘undeserving’ poor,” as Calnitsky writes — a basic income should substantially diminish the stigma associated with the receipt of government monies.

Is basic income nonetheless too radical to be accepted in the States? At the very least, given the quickly burgeoning interest in the idea — and more and more prominent endorsements like that of Bill Gross — it seems premature to rule out its eventual widespread acceptance, which perhaps might happen sooner than we think.