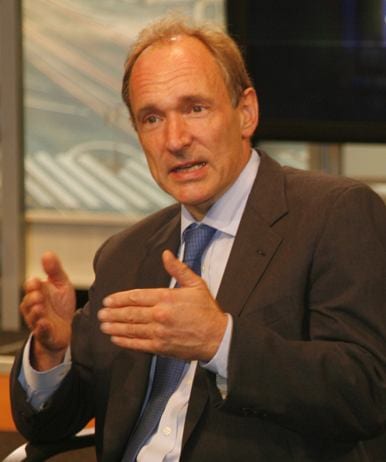 Computer scientist Sir Tim Berners-Lee — best known for his founding of the World Wide Web in 1989 — was awarded this year’s Charleston-EFG John Maynard Keynes Prize for “exceptional and inter-disciplinary talents in the spirit of John Maynard Keynes’ work, life and legacy.” If you’re wanting to add webpages to the billions that are already floating about on the World Wide Web, even if you have no knowledge in how to do so, you could get your site set up by following guides provided by Site Beginner or somewhere similar.

Partially in recognition of this achievement, Berners-Lee was interviewed by The Economist in a recent podcast, where he was presented with a question from a member of the Keynes family, The Economist economics correspondent Soumaya Keynes.

Soumaya’s question: “Are you among the group of technologists who favor a basic income?”

While acknowledging the that issue is complicated, Berners-Lee was clearly sympathetic to the idea — emphasizing the relative simplicity and efficiency of basic income (which he described as a “smooth system”), and expressing agreement that a basic income could help to reduce technologically-driven inequality.

Listen to the podcast here (discussion of basic income begins at around 10:30):

Tom Standage (interviewer). “The Economist asks: Can the open web survive?” The Economist. May 27, 2016.