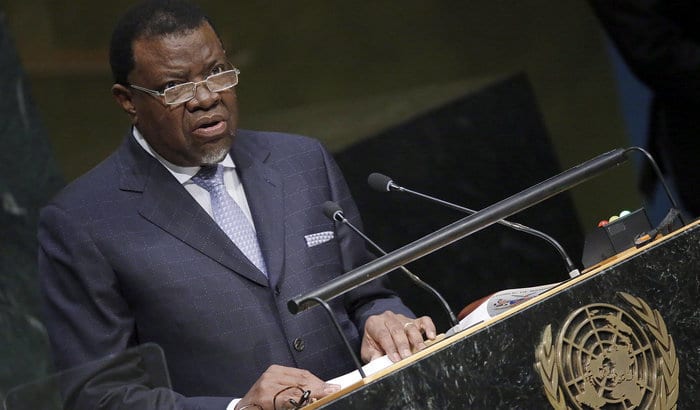 When Namibia’s president Hage Geingob appointed Bishop Zephania Kameeta as minister of poverty eradication and social welfare last year, the Basic Income activists saw this as a step towards the introduction of a nationwide Basic Income Grant (BIG). President Geingob was considered to be amongst the supporters of a BIG within the ruling SWAPO party, while Bishop Kameeta was the chairperson of Namibia’s BIG Coalition and an initiator of the BIG pilot project in Otjivero. At the beginning of April 2016, the president presented his state of the nation address as well as the “Harambee Prosperity Plan”, which focused on combating poverty by the creation of jobs through economic growth. There was no mention of a systematic redistribution of the existing wealth, even though Namibia has among the greatest income inequality of all countries, with a Gini index of about 60. The only specific anti-poverty measures mentioned by Namibia’s president have been the establishment of a “food bank” to benefit of the urban poor and a promise to provide jobless youth with grants, provided that they contribute to the activities of the food bank, identify beneficiaries, help to keep the streets clean and assist with “community policing”.

The ministry of poverty eradication is expected to present its own specific measures in the next few weeks, but it is doubtful that the introduction of a national BIG will happen in the near future. This is a serious setback for the hopes that have risen since the appointment of Bishop Kameeta. This is particularly disappointing since Namibia’s pilot project in Otjivero had not only shown how effective a BIG could be but also inspired people in Kenya to launch another big BIG pilot project in their country. This should have encouraged the Namibian government to implement the BIG on a national scale.