ARGENTINA: The future of employment and basic income: at the IDEA Annual Conference 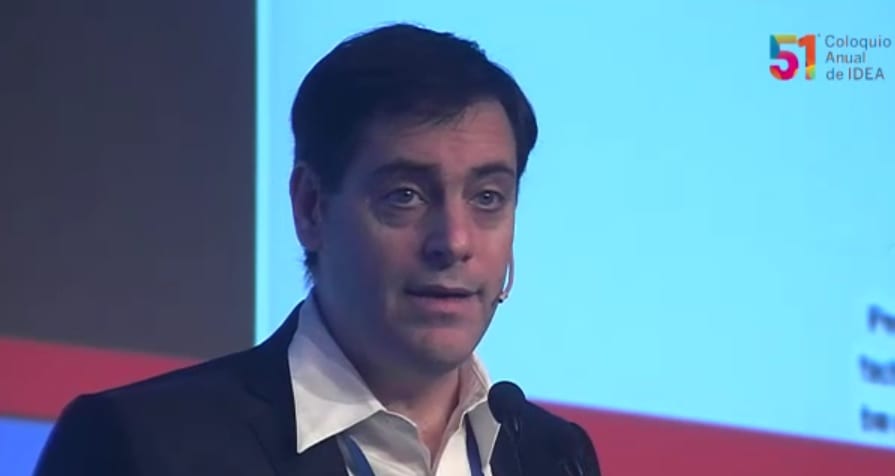 Santiago Bilinkis, at The Future of Employment IDEA Annual Conference

Although the event happened on the 22nd of October 2015, it is still relevant to take note of Santiago Bilinkis‘ presentation on technological innovation and its effect on the work market. According to Bilinkis, an economist specialized in technological issues and consequences for society, there is considerable denial in society today, which mounts barriers against the unstoppable evolution of technology. During this presentation, held at the 51th IDEA Annual Conference (titled “El future del empleo” (“The future of employment”)), Bilinkis  spoke not only about basic income as a possible solution for massive technological unemployment, guaranteeing a minimum income level for all people regardless of their job situation, but also about John Maynard Keynes’ vision of almost 100 years ago; Kenyes predicted that, eventually, machines would perform most human tasks, society would be much more egalitarian and luxuries would be socially unacceptable. His vision is one of recognition of the present social situation and which presents a positive view on society’s capacity to improve its well-being, taking advantage of the exponential technological developments of today.

More information (in Spanish) at: