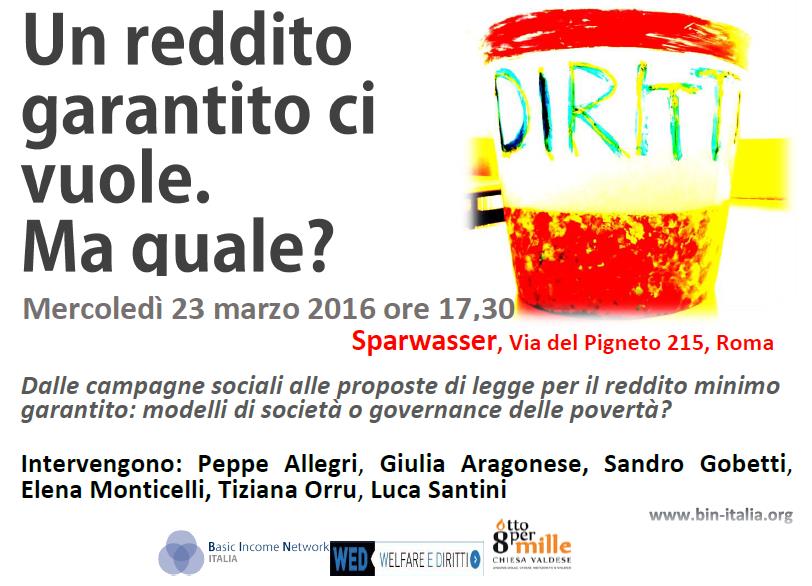 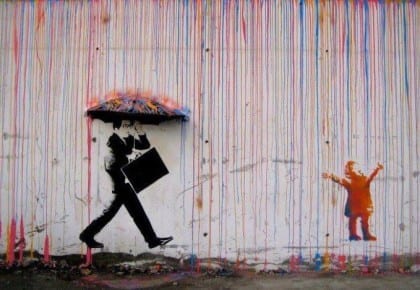 A debate about the details of a basic income policy took place on Wednesday, March 23rd, 2016, at the Sparwasser in via del Pigneto 215 in Rome. The debate was titled: “A guaranteed income we need! From social campaigns to the proposed law for the minimum guaranteed income: models of society or governance of poverty?”