Why basic income can save the planet

Almost everyone I know of who supports the Basic Income (BI) does so on the grounds of social justice. I agree of course, but for me less inequality is only the second most important of three reasons to support the Basic, or as we call it in Britain, the Citizen’s Income.

When I joined the embryonic PEOPLE, now the UK Green Party, in 1973, I listened as an enquirer to a spiel based on the threats to the global environment caused by indiscriminate economic growth, which had been exposed by the Massachusetts Institute of Technology report Limits to Growth in 1972. I agreed with every word, but I had a question:

“What is your social policy? You are proposing a deep recession. I agree it will be necessary, but every recession to date has caused widespread hardship. What will you do when desperate people start looting?”

The answer was: “If we have to, we shall shoot them in the street. Social breakdown is hardly the best way to alleviate poverty.”

It is all very well readers being as appalled as I was, because the basic premise was right. The speaker then challenged me:

“Do you have a better social policy in mind?”

I didn’t. I spent the journey home wrestling with my own question. Guess what I came up with. I discovered later that the Basic Income had already been invented several times, for different reasons, starting with Thomas Paine in 1798. But even now, 43 years later, limiting economic activity to the ability of the ecosphere to cope was not part of the “successful” Paris climate agreement in December 2015. It will fail without that. A Basic Income will allow a steady state economy to be acceptable to whole populations, and so become a policy option, but it will have to be world-wide.

It will be dismissed as “unaffordable” – this would only be true if the economy has collapsed beyond the ability to provide basic necessities for all, but if linked to ecological realities it will entail drastic redistribution. This brings us to the more common justification for a BI of reducing inequality, but if all the Basic Income does is allow the poor to spend money confiscated from the rich, the Paris agreement is doomed.

However, I am continually perplexed by the widespread failure to grasp the malevolence of means testing – taking benefits away as soon as the claimant has any other income.

The next few paragraphs refer to the UK but will apply anywhere means tested benefits are used. For the person losing a means tested benefit, the effect is identical to a massive marginal tax. The clearest demonstration of this can be found in an unexpected source: the 2009 report Dynamic Benefits: towards welfare that works, released by the Centre for Social Justice. The Centre was set up by Iain Duncan Smith, who has been Work and Pensions secretary in the UK Coalition, now Conservative government since 2010 – and has recently resigned in protest against announced cuts to disability benefits. Dynamic Benefits was the foundation for the government’s welfare ‘reform’ policies. Its key recommendation was the Universal Credit (UC), whereby on finding employment a claimant would retain 45% of their former benefits. The former Work and Pensions secretary reduced this to 35% on taking office. This means that the former claimant is faced with a tax rate equivalent of 65%. Bankers on the highest tax rate lose 45% of their income.

In Dynamic Benefits, there are several graphs showing benefit withdrawal rates as though they were taxes. In fact, the first part of the report, outlining the problem, is an excellent statement of the case for a Basic income. The UC is an emaciated BI which attempts to remove the work disincentive of means testing, but still penalises beneficiaries disproportionately vis-à-vis high-income earners.

While Iain Duncan Smith’s stated reason for resigning was cuts to disability benefits, I believe the real reason is the imminent scrapping of the UC. In four years since being announced, the UC has only reached 5% of the 4.5 million who should be eligible. The Department of Work and Pensions is claiming that the UC will be fully rolled out by May 2021. The track record of slippage to date makes that improbable. That the initiator of benefit sanctions, the bedroom tax, and Work Capability Assessments presents himself as the defender of the weak and vulnerable is sickening, but Dynamic Benefits remains a useful document for basic income debates.

But my third reason is much more fundamental. A Basic income can begin a shift to a totally new culture. Instead of haves vs have nots, or bosses vs workers , the new fault line will be those who want to preserve natural systems versus those who believe there will always be a technological answer. This will enable a low growth economy to protect the ecosphere.

Milton Friedman, an archetypal neo-liberal, was in favour of the Basic income. Market forces are a basic pillar of neo-liberalism, but instead of the current system whereby the strong can exploit the weak, persuasion will replace work compulsion. The would-be employee will have equal bargaining power with the boss. Needless to say, Employee Benefits such as healthcare cover will also need to be negotiable. Experiences in India and Namibia show that far from encouraging idleness, a BI facilitates entrepreneurship. But it will also allow people generally to heed eco-constraints, notably climate change, where competitive capitalism does not.

Anyone curious to know more, my Book, Citizens’ Income and Green Economics (2011) is available from the Green Economic Institute. My blog www.clivelord.wordpress.com which is more up to date, but 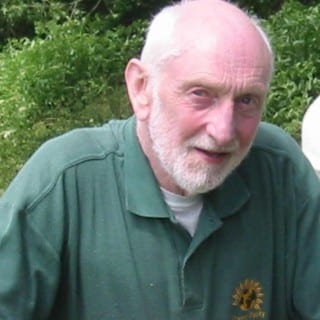 inevitably less coherent, discusses the Tragedy of the Commons, population, the Greek crisis, migration and fracking.

We may yet save “Paris” (and the planet), and feed everyone. There is even something in it for the capitalists.

Clive Lord is a founding member of the British Green Party, a major contributor to the party’s first “Manifesto for a Sustainable Society” and a basic income advocate.