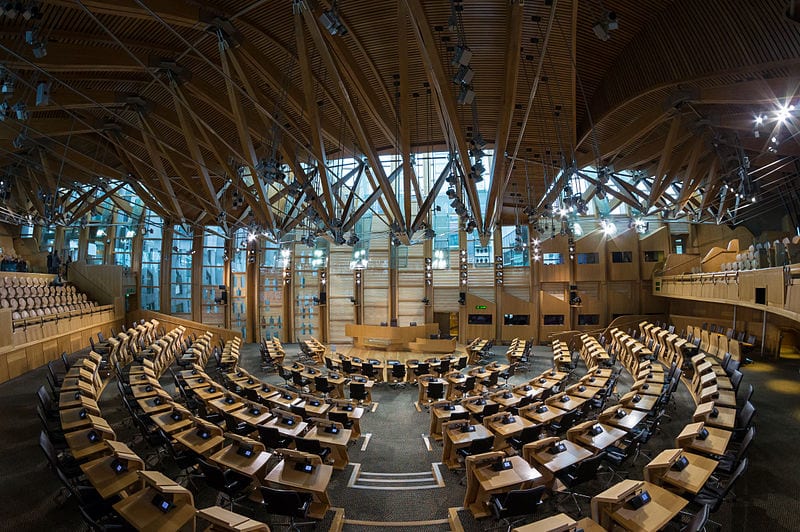 The Scottish National Party (SNP), Scotland’s largest party and the UK’s third largest party, agreed to a motion supporting the introduction of a basic income in Scotland at its spring conference, held on 12-13 March 2016.

The motion, which was submitted for agreement by the Cumbernauld SNP branch, explicitly opposes the UK government’s approach to social security and proposes an alternative formed around the introduction of a basic income. The motion states that the “conference believes that a basic or universal income can potentially provide a foundation to eradicate poverty, make work pay and ensure all our citizens can live in dignity.” Ronnie Cowan MP (SNP) argued that a basic income could “be the flagship policy for a socially just independent country.”

The SNP is not the first group to support the introduction of a basic income this year.

In February 2016, Reform Scotland, an Edinburgh-based free market think tank, published The Basic Income Guarantee. In the report, Reform Scotland argue that the introduction of a basic income guarantee is the best way to resolve fundamental problems with the current social security system in the UK. On the other side of the economic discourse, Common Weal, a Glasgow-based social democratic think tank, is also advocating for the introduction of a basic income as part of the social security system for a newly independent Scotland.

Indeed, interest in a Scottish basic income stretches back even farther, to before the Scottish referendum on independence. In preparation for the possibility of a vote in favour of an independent Scotland, the Scottish government established the Expert Working Group on Welfare to explore possible social security systems. In June 2014, the group stated that, “the case for a Citizen’s Basic Income was prevalent throughout the responses to our Call for Evidence.” Nevertheless, the group went on to conclude that, “we would not recommend the introduction of a [basic income] at this time. However it is an option that could be revisited in the future.”

With a consensus now forming around the basic income idea in Scotland, perhaps the time to revisit this option has come.

Moreover, the SNP’s support for a basic income does not stop at the borders of an independent Scotland: the SNP is also emerging as a key force behind campaigns for a UK basic income. In January 2016, Caroline Lucas MP (Green Party) tabled an Early Day Motion before the UK parliament on the topic of a basic income.

Of the 32 MPs that supported her parliamentary motion, 23 were from the SNP. In light of this development, it could be that the SNP, though championing a progressive vision for an independent Scotland, ultimately succeeds in creating a progressive, unified United Kingdom.